The year of 2020 started with sad news: bushfires in Australia, a global pandemic, further divergence in politics, and an escalated warning from nature: 2019 ended with a global average temperature of 1.1°C above estimated pre-industrial averages[1]; the last five years were the warmest since records began in 1850[2]; and record-setting ocean warmth continued in 2019[3], with the past 10 years being the warmest decade for ocean temperatures worldwide.

Impacts of global warming are visible in various ways, one of which is more intensive and frequent extreme events, such as heat extremes, droughts, and more catastrophic forest fires, as with what has happened in the Amazon and Australia.

We watched helplessly how the worst wildfires seen in decades charred Australia for months, only to be put out by severe rain that also caused flash floods and other hazards.

In fact, four decades ago, scientists predicted bushfires of this scale would happen[4] if the climate kept warming, but, as has often been the case, the science sadly did not lead to any action.

So, what could scientists have done, aside from carrying out research and publishing papers?

The Intergovernmental Panel on Climate Change (IPCC), which was created to brief policymakers with regular scientific assessments on climate change, its implications and potential future risks, as well as to put forward adaptation and mitigation options, has done an exemplary job in bridging policymakers and climate scientists. Scientists from different countries work together and propose solutions based on many high-quality research findings. The Nobel Peace Prize, presented to them in 2007, was absolutely well deserved.

Each IPCC Assessment Report starts with a “Summary for Policymakers”, and this concise article might be the most read and downloaded document from the IPCC website.

So, learning from the success of the IPCC, my answer to the earlier question of “what could we have done” is no more than keeping up our good research, and voicing not only accurate but also crystal-clear and straight advice.

Identifying and sorting out discrepancies advances science, but, fascinating as it is, it only serves to bewilder policymakers and complicate the decision-making process. Therefore, it’s important that scientific journals publish not only the most recent scientific findings and original contributions, but also reviews that summarize the consensus of the scientific community with evidence from different tools and research groups and are therefore informative to policy-makers.

A good review can deliver clear messages to policymakers as well as researchers as to what is certain and what is still associated with high levels of uncertainty. In fact, some climate processes with deep uncertainties attached, such as the potential collapses of the Atlantic Meridional Overturning Circulation or Antarctic ice sheet, will have a considerable impact if and when they happen. Policy-makers should be made aware of these issues and kept up to date with the associated scientific progress.

For example, in a special issue published in Advances in Atmospheric Sciences, of which I’m one of the Editors-in-Chief, we invited some senior scientists from China to review some advances and achievements in climate change research in China and Asia. Their reviews and perspectives in terms of East Asian monsoon climate could hopefully provide important information to policymakers for addressing climate change.

Scientists’ message to policymakers might not arrive as fast as we expect, but “The road before us is long and winding. Depart now and we shall be arriving”，as a Chinese ancient scholar Xun Zi once said.

Daren Lü is an Academician with the Institute of Atmospheric Physics at the Chinese Academy of Sciences. Professor Lü has long been engaged in basic research and major applications in the areas of atmospheric science, solar-terrestrial physics, and Earth observation from space. He has served as a Member at Large of the Bureau of International Association of Meteorology and Atmospheric Sciences (IAMAS) and the Chair of the Chinese National Committee of IAMAS, and is one of the Editors-in-Chief of the peer-reviewed journal Advances in Atmospheric Sciences. He was the first to propose the inversion principle of precipitation distribution based on a combination of active and passive microwave remote sensing, and a retrieval method of aerosol particle distribution with its extinction and small-angle scattering properties. He led the development of the first stratospheric VHF (very high frequency) phased array radar in China, and the world’s first whole (neutral) atmosphere remote sensing instrument, APSOS, for measuring multiple constituents and multiple variables from the surface up to 110 km. During the 2015 Paris Climate Conference, he hosted a side event on the topic of China’s carbon budget and relevant policies. The books he has authored, co-authored and edited include: Microwave Radiation and Propagation Characteristics of Clear Sky and Cloudy Rain Atmosphere in China, Atmospheric Microwave Radiation and Remote Sensing Principles, Looking at the Earth from Space – Space and Earth Science, Soil-Vegetation-Atmosphere interactions over Inner-Mongolia Semi-Arid Grassland. 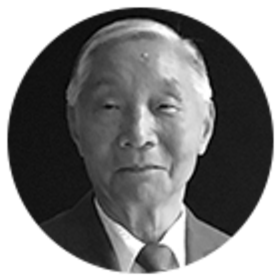 Editor in Chief of Advances in Atmospheric Sciences 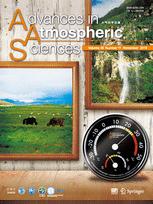