Writing on Climate Action and Policy puts the world in an existential perspective.  Both, including adaptation and mitigation, are fundamental topics that populate nearly every issue of the journal.  Some papers are local or regional in focus, but others are global.  Many reflect an iterative risk management perspective that highlights the different phases of policy that together support necessary action.  It is a perspective that has characterized decision-making discussions all over the world since I worked with Stephen Schneider, our Founding Editor, to bring it forward from the Synthesis Report of the Fourth Assessment of the Intergovernmental Panel on Climate Change in 2014.

It makes no sense, however, to write on March 31st about climate change as an existential threat to which we must respond without reference to the global ravages of the COVID-19 pandemic - certainly a more pressing and current existential threat to human lives.  Unless, of course, responses to that the virus and its ravages bear no resemblance to actions and policies designed to confront climate change.  Of course, climate change did not cause the virus.  Nor did climate change stimulate its spread from China across the world – humans negligently did that on airplanes and cars and buses, and birthday parties.

So what is there to write, here, about the connection?

The extreme harm caused by the virus has provoked an enormous policy response – shut the economy down and prohibit group meetings of more than 10 and encourage or insist that people isolate themselves at home or wherever.  Dr. Anthony Fauci differentiates between containment (social distancing and self-quarantining, etc) and mitigation (shutting down non-essential parts of the economy) and uses scenario analysis to inform his thinking.  Because containment ameliorates risk while mitigation responds to reduce, to some degree, an unavoidable exponential loss of life trajectories?  The economic costs of these actions are enormous.

Why does society accept these severe costs?  Because they work to minimize the human damage caused by the virus; and they reduce the likelihood of existential catastrophe in city after city – not to zero against an extreme, but they work to “flatten the curve”, in the current parlance.  Of course, they do more than that.  Important for this story, they show us that society can agree to recognize, nearly everywhere in the world, that even the extreme economic cost of aggressive action will buy extraordinary long-term gains in human survival.

Figure 1 offers a visual display of this choice.  The upper line shows a “Do nothing” scenario for Coronavirus cases – high and steep and growing steeper with the most recent projections offering the chance of 2-2.2 million deaths in the United States alone over the not to distant future.  The second line shows a modest or tardy “Mitigation” action that is modestly supported by incomplete containment - high but not quite as steep.  The third line is “the curve” that needs to be flattened by containment.  “The Hammer” of very aggressive but costly mitigation supported by strong and nearly universal containment action turns the trend around so that the number of cases can converge toward zero.  In the United States, the apex could put deaths within the 100,000 - 200,000 range if containment is performed well.  This relative “success” is the harbinger of a celebratory “Dance”. Figure 1:  A schematic of action and policy choices for the COVID-19 virus anywhere in the world starting today plotted over weeks and calibrated in Coronavirus Cases.  Source: https://medium.com/@tomaspueyo/coronavirus-the-hammer-and-the-dance-be9337092b56?referringSource=articleShare

And what can we learn about action and policy to confront climate change from these response options in the face of this horrible experience and depressing set of scenarios.

We can see that we now have an example of humanity’s being willing to sacrifice short-term economic value for longer term economic and SOCIAL and COMMUNITY and NATIONAL welfare.  The time frames are different, but so what?  The virus time frame and its uncertainties (14 days even with aggressive testing) are much shorter than the decadal time frames of climate policy and climate risks, but the policy issues are the same – convince people to sacrifice in the near term for long-term benefit and thereby lower the risk of existential catastrophe.

Another figure1 by Fawcett et al. (2015) illustrates a remarkable similarity in the schematics of possible action and policy futures for carbon emissions.  In particular, it shows the “Do nothing”, “Mitigation”, the (Paris Accord) and a version of the “Hammer” as black line carbon scenarios superimposed on a reflection of a multitude of model results(of the sort that are currently informing the COVID-19 discussions around the world.  The lowest line shows prospect of achieving the “Dance” by accelerating the Paris Accord emissions and economic interventions.

It is clear that the “Dance” requires more than the voluntary measures of continuing the Paris Accord.  It requires an acceleration of the intent of that agreement.  And it will encounter enormous opposition from people who will again worry only about their own pocketbooks.  But…

Now we can say that we have a case study of what aggressive action and policy can do in the face of unthinkable risk.  We will have already done that, and it saved hundreds of thousands of lives.

Gary W. Yohe is the Huffington Foundation Professor of Economics and Environmental Studies, Emeritus as of July 1, 2019, at Wesleyan University.  He had been at Wesleyan since 1977.  He is the author of more than 190 scholarly articles, several books, and many contributions to media coverage of climate issues.  Most of his work since 1982 has focused attention on the mitigation and adaptation/impacts sides of the climate change issue.  In particular, Yohe frequently ocused his research how we should think about these options in an uncertain world.  Involved since the early 1990’s with the United Nations Intergovernmental Panel on Climate Change (IPCC), he received a share of the 2007 Nobel Peace Prize as a senior member.  Professor Yohe was also Vice Chair of the 2014 Third National Climate Assessment for the Obama Administration.  In addition, Yohe served on many panels for the National Academies of Sciences, Engineering and Medicine, and he has testified before both the United States Senate and House of Representatives on climate issues.  He currently serves as Co-Editor-in-Chief, along with Michael Oppenheimer, of Climatic Change where he helps process up to 900 submissions per year. 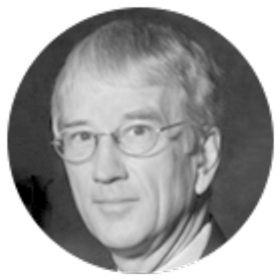 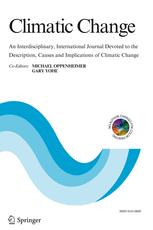