Professor Agnieszka Wykowska leads the unit “Social Cognition in Human-Robot Interaction” (team consisting of 12 members) at the Italian Institute of Technology (Genoa, Italy), and is an adjunct professor of engineering psychology at the Lulea University of Technology.  She is one of the Editors-in-Chief of International Journal of Social Robotics.

I believe that there is a change that needs to happen at the level of day-to-day social dynamics. There seems to be much more pressure on women than on men to stay home, take care of their kids, perhaps choose part-time jobs over full-time jobs, in order to accommodate for the needs of the family. The pressures are often implicit, and very subtle. For example, it is often the case that a woman hears comments “oh, poor child” when she works long hours, and perhaps cannot serve warm lunch at home for the kid. These sorts of comments are much more rare towards fathers.

Such implicit subtle social pressures and expectations make women often feel guilty for dedicating much time to work, and, in end effect, they are more likely to choose to slow down their career pace or give it up altogether. A change in these subtle implicit attitudes needs to happen through early educational campaigns – perhaps already at the level of elementary schools. Moreover, we need to avoid implicit biases in, for example, commercials that represent women in what used to be traditional female jobs (or at home), while men are represented more often as higher-level professionals and academics.

Follow your passion! I guess that is the best advice that can be given to anyone. When there is passion, there is also the energy to pursue that passion, despite the challenges and difficulties that arise along that journey. Academia is not an easy path, and requires a lot of perseverance, patience, ability to withstand difficulties, rejections, criticism. And it requires a lot of flexibility and readiness to accept uncertainty and unpredictability. In academia, one needs to often relocate (until the point that one is senior enough to get appointed on a permanent position – which happens quite late in life in the academic world), change environment, change countries of residence. Giving up on established social life, and finding a new one. This is all very difficult, and perhaps more difficult for women than for men. And it’s extremely challenging for family life. But if there is passion, everything is solvable, and challenges are faced with optimism and vision that spans way beyond the challenges.

My background is cognitive neuroscience and my research focuses on human-robot interaction from the human perspective. Specifically, I am interested if and how fundamental mechanisms of human social cognition are evoked by robots’ behaviour. I am a principal investigator at the Italian Institute of Technology in Genoa, where I lead the team “Social Cognition in Human-Robot Interaction”.

I first studied philosophy, in Cracow, Poland, at the Jagiellonian University. I graduated in philosophy of mind in 2001 and was fascinated by the topics related to mental states, and how they are instantiated by the brain. This led me to studying cognitive neuroscience (Ludwig Maximilian University Munich), where I graduated from the Neuro-cognitive Psychology programme (2006) and then did my PhD in psychology (2008). Upon completion of my PhD, I started working in collaboration with roboticists on topics related to human-robot interaction. The initial philosophical questions continue resonating in my work, as evidenced by my recently awarded (2016) ERC grant titled “Intentional Stance for Social Attunement” Professor Agnieszka Wykowska leads the unit “Social Cognition in Human-Robot Interaction” (team consisting of 12 members) at the Italian Institute of Technology (Genoa, Italy), and is an adjunct professor of engineering psychology at the Lulea University of Technology. In her research, she examines mechanisms of human social cognition with the use of interactive protocols involving humanoid robots. For more details, please visit: https://www.iit.it/people/agnieszka-wykowska

Prof. Wykowska has published numerous papers in high-ranking journals, she is an editor-in-chief of International Journal of Social Robotics (Springer) and an associate editor of Frontiers in Psychology (section Cognition). She is a guest (co-)editor of a special issue of the Philosophical Transactions of the Royal Society B titled “From social brains to social robots: Applying neurocognitive insights to human-robot interaction (2018/2019), and of a research topic “Computational approaches for human-human and human-robot social interactions” (2018-2019) in Frontiers in Robotics and AI. She serves as Program Committee member for various conferences, such as “International Conference on Social Robotics”, or “Human-Robot Interaction”. In May 2018 she was invited to present her work during a meeting at the European Parliament “Investing in young researchers, shaping Europe’s future”, where the aim was to discuss the topics of societal impact of fundamental science. On 11.02.2019 (International Day of Women and Girls in Science) she took part in a debate at the European Commission, together with the EU Commissioner for Research, Science and Innovation, Carlos Moedas, and two other female scientists on the topic of women in science. 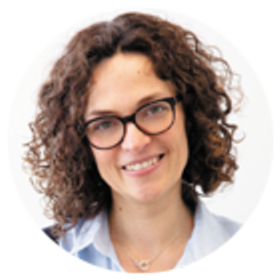