Why did you become a Scientist?
I enjoyed mathematics and also love problem solving so a non-science based engineering was a good fit for me.  Since I also wanted to engage with a wide variety of people and have a profession with a lot of self-determination and focused on learning, I chose to leave industry after 10 years and enter academia.  It has been rewarding to teach so many students at all levels over the years and push the boundaries of knowledge through research and scholarly inquiries.  For me, STEM has combined technical depth with a people focus.  And, even combines imagination and artfulness through research.

The next time you speak with a young female researcher who shows passion for STEM, what would you most want her to know?
To go for it!  STEM is a great profession and is as well suited for women as for men.  Work hard, seek mentors, and live your dream.  Do not doubt your ability – have confidence in yourself and your future.

What have you seen as changes that have happened among women in STEM?
Since I got my first engineering degree in 1979 there have been many more women enter STEM.  So, while women are still drastically underrepresented, they are not now so rare.  There are women available as role models, mentors, and colleagues.  More importantly, there is much more awareness about gender issues and in particular gender bias.  These are all positive developments.  On the negative side, women still leave STEM for other professions in proportions greater than men.  So, the STEM field is still not as female friendly as it ought to be.

Dr. Alice Smith is the Joe W. Forehand/Accenture Distinguished Professor of the Industrial and Systems Engineering Department at Auburn University, where she served as Department Chair from 1999-2011. She also has a joint appointment with the Department of Computer Science and Software Engineering. Previously, she was on the faculty of the Department of Industrial Engineering at the University of Pittsburgh from 1991-99, which she joined after industrial experience with Southwestern Bell Corporation. Dr. Smith has degrees from Rice University, Saint Louis University and Missouri University of Science and Technology. She holds one U.S. patent and several international patents and has authored more than 200 publications which have garnered over 3,300 citations and an H Index of 25 (ISI Web of Science) and over 11,000 citations and an H Index of 49 (Google Scholar).

Dr. Smith is Editor in Chief of INFORMS Journal on Computing and an Area Editor of Computers & Operations Research. Dr. Smith has been a principal investigator on over $8.5 million of sponsored research with funding by NASA, U.S. Department of Defense, Missile Defense Agency, National Security Agency, NIST, U.S. Department of Transportation, Lockheed Martin, Adtranz (now Bombardier Transportation), the Ben Franklin Technology Center of Western Pennsylvania and U.S. National Science Foundation, from which she has been awarded 17 grants including a CAREER grant in 1995 and an ADVANCE Leadership grant in 2001. Dr. Smith is a fellow of the Institute of Industrial and Systems Engineers (IISE), a fellow of the Institute of Electrical and Electronics Engineers (IEEE) and a senior member of the Society of Women Engineers, a member of Tau Beta Pi and the Institute for Operations Research and Management Science (INFORMS), and a Registered Professional Engineer in Alabama and Pennsylvania.  She is a three time Fulbright Scholar (in Turkey, Colombia and Chile). 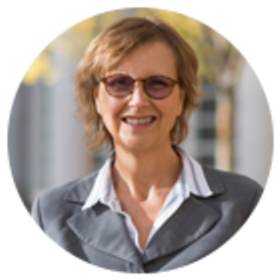 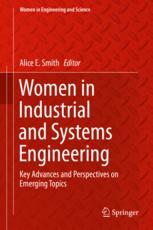