I did all of my academic education at German and UK universities. I studied a new major (we were only the second class to start) at the Technical University of Braunschweig, which was called “Biotechnology” but was really designed as a molecular bioengineering major. It was a 6-year program (B.S. + M.S. combined) with one third engineering, one third chemistry and one third molecular/biochemical life sciences. A highly selective program (only 30 students per year), we were given opportunities that any budding scientist or engineer could only dream of. After three more years at the University of Stuttgart, I had a Ph.D. in technical biochemistry and headed off to the US for a “2-year postdoc”, and ended up staying at Cornell University for 17 years. I became Assistant Professor, went quickly through the ranks to tenured full professor, became director of graduate studies in the Dept. of Biological and Environmental Engineering, started my family, and thought I would never return to Germany. Well, since 2013, I am now the Director of the Institute of Analytical Chemistry, Chemo- and Biosensors in Regensburg, Germany; because when I was asked to apply for this amazing position, my husband said “where you will go, I will go” – so we went. Being with engineers in the US and with chemists in Germany, my research resides right at the interface between these two disciplines and I had and have the greatest opportunities to work with young, smart scientists and engineers to develop new principles, technologies and strategies for biosensors. Our efforts tackle challenges of point-of-care and in-field sensing, so that toxins, pathogens and clinically relevant analytes can be detected without the need of a sophisticated infrastructure.

I don’t even think, that I, personally, faced a big challenge as a woman in STEM. I realize that there have been unfair decisions made toward me as a female professional, but that had nothing to do with STEM. However, I would love to be surrounded by an equal number of female and male colleagues at the same and higher academic/administrative levels. It is my experience that diverse groups have the tendency to make more even handed decisions than those dominated by one majority (and the STEM field is still far away from such a desirable diversity, which makes it challenging for all of us).

I grew up as the youngest daughter of three in a household of two medical doctors. Science and medicine were part of life.  STEM was always my favorite subject in school, albeit I also very much enjoy history and music. Thus, my role models were both of my parents who more than any teacher or famous scientist instilled an inherent love of STEM in me.

“There are three major aspects in anyone’s life: family, hobby, work. When done right and with the appropriate/desired focus, one can seriously focus on only two at the same time.” I believe this statement to be very correct. Obviously, one can have a little bit of the “third” aspect along the side, but only that: “on the side”. This advice was given to me when I was fortunate enough to start my family and have two kids, while working full time. Ideally, everyone makes their own decisions, i.e. which two major aspects will fulfill themselves best. For someone like me, who loves science, loves to work and cannot imagine not having an own family, this advice led to a deeper understanding of my own situation and resulted in sanity and happiness.

Antje Baeumner is the Director of the Institute of Analytical Chemistry, Chemo- and Biosensors at the University of Regensburg. Prior to returning to Germany, she was Professor and Director of Graduate Studies in the Dept. of Biological and Environmental Engineering at Cornell University in Ithaca, NY, USA where she had spent all of her professional career until 2013.  Currently, she serves as the President of the International Association of Environmental Analytical Chemistry (IAEAC), she serves in the leadership team of the biosensor section of the German Chemical Society, and is chair of the 2020 Gordon Research Conference on Nanotechnology for Agriculture and Food Systems.

Her research is focused on the development of biosensors and microTotal Analysis Systems for the detection of pathogens and toxins in food, the environment and for clinical diagnostics. Her research includes the development of novel nanomaterials such as liposomes, nanofibers and nanoparticles, and platform technologies for microfluidic biosensors, sample preparation strategies, and point-of-care devices. Challenges associated with bioanalytical chemistry in resource-limited settings drive much of the efforts. She has published over 110 papers in high ranking analytical journals and has been awarded 7 patents. Previously, she has chaired the Gordon Research Conference (GRC) on Bioanalytical Sensors in 2010 and has organized and chaired the international biosensor conference BBMEC in 2001 and 2015. She has received numerous awards for her research including being a finalist of the Blavatnik Award, senior fellow of the Alexander-von-Humboldt Foundation, Mercator Professor of the German Science Foundation and numerous teaching awards. 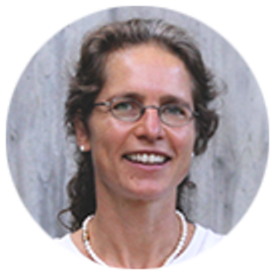 Institute of Analytical Chemistry, Chemo- and Biosensors, University of Regensburg 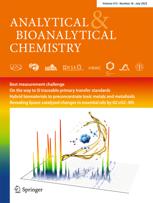