Dr Daniela Liggett is a social scientist with a background in environmental management, Antarctic politics and tourism. Her research interests include the wider aspects of managing human activity in polar environments and the complexities of Antarctic values.

She is currently involved in collaborative research on the topics of Antarctic futures, Antarctic gateway cities, the production of scientific knowledge in Antarctic, the use and provision of polar environmental forecasts, and Antarctic science-policy interactions.  Daniela has been actively involved in the Association of Polar Early Career Scientists (APECS) – as a President for one term, as a member of the Executive Committee for two terms, and as a member of the Advisory Committee since 2012.  She has also contributed to the Scientific Committee on Antarctic Research’s First Antarctic and Southern Ocean Horizon Scan, is a Chief Officer of the Scientific Committee of Antarctic Research’s (SCAR) Standing Committee on the Humanities and Social Sciences and a member of both SCAR’s Standing Committee on the Antarctic Treaty System and its Capacity Building, Education and Training Committee.  Daniela is one of the co-chairs of the Societal and Economic Research and Applications (SERA) subcommittee of the World Meteorological Organization’s (WMO) Polar Prediction Project (PPP) and also serves on the PPP Steering Group.  She is on the editorial boards of Polar Geography, The Polar Journal and Advances in Polar Science.

What do you enjoy most about your career?

I have the privilege of working with some of the brightest and most inspiring people I know.  Life and work never gets boring, with the next exciting project or opportunity being on the horizon before the current project is finished.  Furthermore, it is highly rewarding to be involved in the world of international research coordination, which my engagement with the Scientific Committee on Antarctic Research has allowed me to dabble in.

What advice would you give to young women interested in Polar Science?

Follow your heart and your interests. Polar research, which was once the dominion of male, which researchers, has become highly diverse in terms of gender, geography, culture, and research field.  You can make a significant contribution if you are willing to put in long hours and potentially demanding fieldwork in remote field camps.  However, there is a global community of polar researchers, which can provide inspiration and support along the way.

The Association of Polar Early Career Scientists (APECS) is particularly supportive of up and coming polar researchers. Furthermore, the Scientific Committee on Antarctic Research (SCAR) and the International Arctic Science Committee (IASC), both of which hold regular open science conferences and have a range of fellowship schemes, can help you to establish valuable connections and research networks.

Tell us about how your career has developed?

I completed a PhD with a focus on Antarctic tourism regulation and management in 2008.  Following this, I had a number of fixed-term contracts at different universities in New Zealand, before I became a permanent academic staff member at the University of Canterbury in Christchurch, New Zealand.  Since 2008, my academic interests and the extent of my work have significantly broadened and have included the modalities of human engagement with the Antarctic, including Antarctic politics and environmental management, more generally. 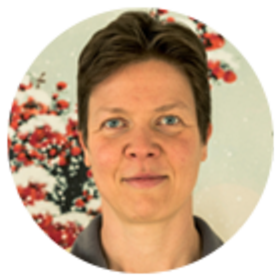 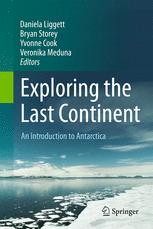 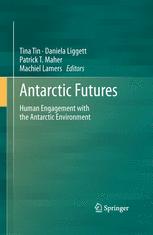