Elisa Collado Fregoso obtained her B.Sc. and MSc. in the National Autonomous University of Mexico (UNAM) in Chemistry, doing Spectroscopic studies of organic molecules. She then moved to the UK to pursue a PhD at Imperial College London, where she studied the Photophysics of Organic solar cells, at Prof. James Durrant’s group. She then moved to Potsdam University in Germany, where she had a two-year Postdoctoral stay to work on the Physics of Photovoltaic devices.

She joined Springer Nature in September 2018 as the Managing Editor of the Materials/Physics Division of the brand new journal SN Applied Sciences, based in Dordrecht, The Netherlands.

She has co-authored more than 15 research papers, in areas that range from chemical kinetics and spectroscopy in solution to solid state physics, optoelectronics and materials characterization applied to organic solar cells.

I think women are increasingly raising awareness of the gender disparity among STEM disciplines. More and more often we see articles, campaigns, interviews related to the pay gap in STEM, and the issues of women reaching PI’s positions.

I believe in better policies were in place regarding, for example maternity leave among research institutions, women would hugely benefit from it. 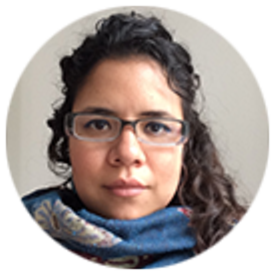