Formerly IBM Vice President and Chief Technology Officer, Internet2 Senior Vice President and Chief Innovation Officer, and an aerospace engineer at Grumman and NASA, she is Special Advisor for the NSF Cybersecurity Center of Excellence at Indiana University, and Northeast Big Data Innovation Hub at Columbia University. She serves on Boards for Princeton University, Cal Poly San Luis Obispo, Stony Brook University, and Union County College. She is co-founder of IEEE-ISTO Blockchain in Healthcare Global, and on the Editorial Board for Blockchain in Healthcare Today. She graduated from Princeton University with a BSE in Mechanical and Aerospace Engineering, and attended executive education at Harvard Business School and Columbia University. She is Editor in Chief for a new Springer publication with 16 contributing authors expected in 2019 on "Women Securing the Future with TIPPSS for IoT - Trust, Identity, Privacy, Protection, Safety, Security for the Internet of Things."

I am an aerospace and mechanical engineer, starting my career at Grumman working on solar power satellites, and at NASA working on future sample return missions to the Galilean satellites around Jupiter. I entered the tech sector after that, first at HP then for 33 years at IBM including multiple roles as Vice President of strategy and marketing. Then I was Senior VP and Chief Innovation Officer at Internet2. Now I am Founder and CEO of FDHint, a consultancy focused on advanced technology, and diversity and inclusion. It's been an amazing ride and there is still so much more to do.

I always loved math and science from when I was a little girl. My brother used to wake me up to watch the Apollo missions take off early in the morning, and I always thought that was so cool. Then one day when I was around 3 years old I asked "How do they do that?". That's when I became an aerospace engineer.

The next time you speak with a young female researcher who shows passion for STEM, what would you most want her to know?

That she should follow her passion. If anyone says or treats her like she can't do STEM, she should politely ignore them and keep going. Do great things. Find role models to inspire you, don't stop reaching for the stars.

I work in a number of areas. I am Special Advisor for the National Science Foundation's Cybersecurity Center of Excellence at Indiana University helping cybersecurity researchers transition their research to practice to help make cyberspace and all of us and our data safer. I am Special Advisor for the Northeast Big Data Innovation Hub at Columbia University, enabling US-EU collaboration on next generation Internet. I am working with IEEE - the Institute of Electrical and Electronic Engineers - to enable what we call TIPPSS for IoT - Trust, Identity, Privacy, Protection, Safety and Security - especially for Clinical Internet of Things devices. I also lead pre-standards work on blockchain for clinical trials, and am co-founder of Blockchain for Healthcare Global, and on the Editorial Board for the open peer-reviewed research journal Blockchain in Healthcare Global.  I do a lot of advanced technology plus Diversity & Inclusion consulting and speaking.

Why is your research field an important area to study, and what benefit can it bring to society?

TIPPSS for IoT is a very important field of study and action as there is security , privacy and physical risk with the growing deployment of Internet of Things (IoT) devices. We need to keep the humans, infrastructure, devices, companies, campuses and cities safe.

I love being in STEM. Being a woman in STEM should be more common. We need to encourage more women to enter STEM careers and stay in them, we need their different points of view to enrich the brainstorming and thinking in science, technology, engineering and math. Many points of view are needed to get a complete view of a problem and potential solutions. That means all humans should be encouraged to enter STEM fields. We need each other, we are better together. Together we provide at least a 360 degree view.

Being taken seriously and respected. There's always something wrong with me. I'm too nice, or too friendly, or use too many words, or can't possibly be technical enough. I always say, instead of what's wrong with me, what's right with me? We should all think that way, and keep going.

Yvonne Brill, feted by the New York Times as the first female rocket scientist in the United States as a propulsion engineer in the 1940s, was my mentor since 1977 when she was our Society of Women Engineers mentor at Princeton University. She was my mentor and role model until she died in 2013. I would still stop to give her a hug when I went back to Princeton until her passing. She is the reason I talk about longitudinal mentoring, mentoring for a lifetime to help each other over the speedbumps and sharp dips and turns in life. 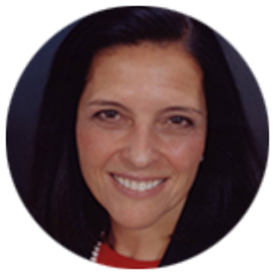 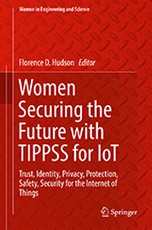