Dr. Inka Mayer completed her PhD at the MARUM (Center for Marine Environmental Sciences) in Bremen in Germany after studying Geography at the University of Bremen. She currently works in the Department of Geology at University of Gent. Her research focuses on using aeolian dust as a proxy for environmental change in areas sensitive to changes in hydrological conditions, therefore most of her research is concentrated on African environments.

Although it is getting more and more equal, STEM is still a male-dominated field. Especially in the start of my scientific career, as a PhD student, I often had the feeling that women always have to proof that they are capable to do their work, e.g. to go in the field, to get dirty and to be strong enough to stand “on stage” to present their research. Especially the older male scientists seemed to have tested me and were rather surprised when I succeeded. I never observed that kind of behavior towards male colleagues at the same level.

I think the biggest change is simply that there are more women deciding to work in STEM. The number of male vs. female students are becoming more and more equal at our institute. However, on the “higher level”, there is still a clear male dominance.

Strangely enough, Tina Turner is one of the biggest role models in my life, not exclusively related to my decision to work in STEM. Both of my parents are big fans of Tina Turner and when I was a child we were often sitting together on a Saturday evening watching one of her concerts. Besides of her fantastic music, I learned a lot about her personal background. Growing up in poor conditions in still racist America she made it to become one of the biggest artists of the world. If you are strong and passionate you can archive more than you think.

For some reason, women are still seen to be more responsible for child care than men. You realize it in small things. When I have to go abroad, for conferences, fieldwork, etc., I am often asked: “Oh, what are you going to do with the kids then?”, where my husband, working in the same department with me, is never asked this question. This creates a feeling of guilt in mothers, where fathers never have to excuse themselves (this by the way is the number one reason for female burnouts!). (Young) Mothers (not only in STEM but in all types of employment) would greatly benefit from a change in the perception of the society towards family structures and would feel more confident in being able to combine working/career and having a family.

As a fresh PhD student, before I had to give my first talk at a conference in front of real scientists, my supervisor said to me: ”Rock them!”. So, not really an advice but it was very important for me back then and it is still. When I get nervous in some situation I always tell myself “I will rock them”. It is so positive, and I think this is the key for everything. If we all would be more positive, the world would be a better place. We all have to care more for each other, in all situations independent of race, color, religion, age and gender. Smile and the world will smile back!

After studying Geography at the University of Bremen (Germany), I knocked on the neighbor’s door and did my PhD at the MARUM (Center for Marine Environmental Sciences) in Bremen. My research is focused on using aeolian dust as a proxy for environmental change in areas sensitive to changes in hydrological conditions, therefore most of my research is concentrated on African environments. I and still very much in love with this topic, since it is combining so many different aspects of science as well as being closely connected to the local society. During my first PostDoc in Bremen, I met my future husband on a big geological conference in the US. After giving birth to our first son, I moved to Belgium, where he is from and where he was finishing his PhD. Until now we both managed to stay in science, facing the struggle of getting funding regularly. We got two more kids and trying our best managing the split between work and family every day. 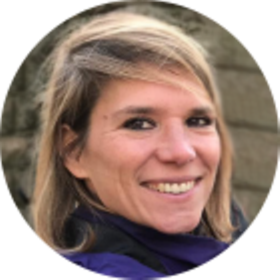 Department of Geology, University of Gent 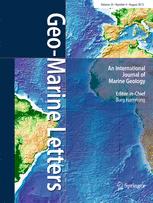