Insa Thiele-Eich studied meteorology at the University of Bonn. She is the scientific coordinator of the Collaborative Research Center "Patterns in Soil-Vegetation-Atmosphere Systems: Monitoring, Modeling and Data Assimilation", and of the priority program “Megacities-Megachallenge - Informal Dynamics of Global Change“. The focus of Thiele-Eich's work is the investigation of exchange processes, for example water and energy exchange between soil, vegetation and atmosphere.

In 2017, Thiele-Eich was selected from more than 400 female applicants as one of two finalists in the privately financed initiative “Die Astronautin”, which is Germany's first female astronaut. One of the two women is to fly in 2020 as the first German female astronaut into space. Thiele-Eich began in August 2017 a spaceman training in the Yuri Gagarin cosmonaut training center in Swjosdny Gorodok near Moscow.

I studied meteorology at the University of Bonn, where I also pursued my phd studying the impact of climate change on flooding in Bangladesh. Since 2014, I am the scientific coordinator at the collaborative research center TR32, which studies patterns in the soil-vegetation-atmosphere system using a combination of monitoring, modelling and data assimilation. For the past ten years, I have also been the managing editor at MAAP – a great insight into the peer-review process. In April 2017, I was selected from over 400 women to begin training as an astronaut with the initiative “Astronautin” in Germany.

At first glance, my day-to-day life as a female scientist seems without gender-specific challenges. But it’s the little things that add up: being passed over, talked over, mansplained, asked for coffee when I’m actually there to chair a session. Visiting a conference with all-male panels and an all-male invited speaker list, topped off with a sprinkle of all-male medal winners. Being addressed “Dear Sir” in my role as managing editor for a journal more often than with my actual name. I shrug a lot of this off, sometimes point it out in a friendly manner, or try to find the humor in the situation. But sometimes I have to admit this is simply exhausting.

I’d say the change is not just among women in STEM. Over the years, I have noticed several efforts at reducing the bias against women. In Germany, the German Research Foundation DFG implemented several structural measures to increase gender equality and family work-life balance. Having funding to employ a babysitter for evenings and conferences, or even bring a baby along on a work-related trip was definitely of great help. I’ve also noticed an increase in female networking and mentoring, which both have been valuable to me. And: I love that people in my field have become more open to point out gender inequalities.

I did have several role models that were – in hindsight – truly vital for my decision to work in STEM: I went to school in the US for several years, and babysat for numerous astronaut families, among them several female astronauts. When asked what I wanted to be when I grow up, my first answer as a little girl was “mother” – I always saw myself as a Mom. So seeing these powerful women, seemingly effortlessly, train as an astronaut while also raising a family gave me a huge boost in confidence that I, too, could handle this. At my institute in Germany, I was one of the first mothers to immediately resume my research after having a child – I quickly found out its not quite as effortless as it looks, but it gets even worse when you don’t have role models or peers to discuss your situation with.

The biggest benefit would come from the men who are reading this to join the discussion and take a closer look at what they can do to help change the status-quo. Watch for and point out gender imbalances when brainstorming about inviting speakers or researchers to collaborate with. Think of female colleagues that you could help network at conferences or recommend for awards and invited speakers. Don’t use gendered language (“We are looking for a new professor and are excited for what his research focus will be”), especially if you speak a language such as German that is full of gendered nouns.

“Stay calm and have fun” – usually a good strategy, especially when things seem to go wrong. 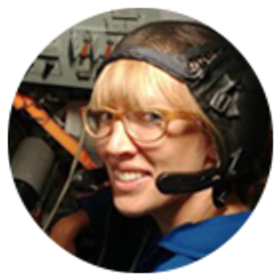 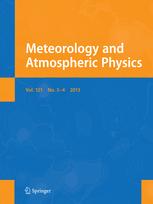