Leda Lunardi is Professor at the Electrical and Computer Engineering Department at North Carolina State University in Raleigh. Presently she is the vice-chair for the 2019 IEEE Fellow Committee, and member of the 2020 IEEE Cledo Brunetti Award and 2020 IEEE Jun-ichi Nishizawa Medal committees. ​​​​​​​

During my second maternity “leave” (after triplets, having already a toddler at home) and reconsidering my career, I received a note from my laboratory director acknowledging the issue of one of my patents, which said: "Congratulations, come back we need your brain!" I guess this was the best advice I ever received as I went back full time in one of the best jobs of my career for the following four years till the company (AT&T) split and the rest is history.

Biggest challenge as a woman is lack of recognition for the work we do and it comes in several ways as I have seen in the last three decades working. If a woman is doing it the job must be easy. Broadly the public associates a typical image of an engineer with a man not a woman.

Leda Lunardi is a professor at the Electrical and Computer Engineering Department at North Carolina State University in Raleigh, NC. She received the B.Sc. and M.Sc. degrees in physics from the University of São Paulo, São Paulo, Brazil, respectively, and the Ph.D. degree in electrical engineering from Cornell University, Ithaca, NY.  After her doctorate studies, Dr. Lunardi joined AT&T (then Bell) Labs first in Murray Hill then in Holmdel, NJ where her research was on high speed heterojunction devices, novel structures, long wavelength optoelectronic receivers and optical microelectromechanical systems (MEMS). Prior joining academia, she had a brief stint as a senior scientist and group leader at JDS Uniphase (now Aviva), and as a technical consultant for Defense Advanced Research Projects Agency (DARPA) in Arlington, VA. From 2005-2007, she served (under the interpersonal act of 1967) as a program director for the Electrical, Cyber and  Communication Systems Division, at the National Science Foundation (Engineering Directorate) in Arlington, VA. Under her direction, she started the hybrid communication systems program sponsoring research in free space optics, Terahertz components, RF and microwave devices and subsystems. She was the Director of Graduate Programs of the ECE Department in 2007, one of the largest programs among the southeast universities. From 2008-2011, she was the Education and Diversity Director of NSF-ERC Future Renewable Electric Energy Delivery and Management (FREEDM) Systems Center. Her research interests include optical MEMS, transparent electronics, energy harvesting, and photonic devices. Most of the research has been funded by the National Science Foundation.

Dr. Lunardi has been a volunteer for more than three decades in professional organizations. She has served on numerous IEEE executive and technical committee conferences, editorial board of journals, and national and international governments’ ad-hoc committees for grants and projects reviews. Presently she is the vice-chair for the 2019 IEEE Fellow Committee, and member of the 2020 IEEE Cledo Brunetti Award and 2020 IEEE Jun-ichi Nishizawa Medal committees. She has authored and co-authored more than 90 publications and conference proceedings, been granted 5 patents, and given invited talks and short courses at conferences. She co-shared the 2000 IEEE Photonics Society Engineering Achievement Award and is an IEEE Life Fellow. 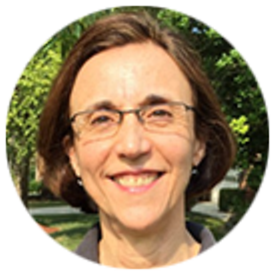