Sidonia Angom is currently the Chairperson of a Taskforce mandated by Government of Uganda to start a Constituent College of Agriculture at Gulu University in Karamoja, Uganda. She recently published a book, Women in Peacemaking and Peacebuilding in Northern Uganda.

What is the biggest challenge you face as a woman in STEM?
The stereotype mindset of some people that a woman cannot do what a man does.

What have you seen as changes that have happened among women in STEM?
Educated women boost income growth. This is evident through a study of 100 different countries by World Bank (2016) that found out that for every 1% increase in the proportion of women with secondary education, a country’s annual per capital income growth rate increased by about 0.3%. An African proverb also says, “If we education a boy, we educate one person. If we educate a girl, we educate a family – and a whole nation.”

Did you have a role model that influenced your decision to work in STEM - either inside or outside your field?
I have admiration for peace advocates and the political leaders such as President Ellen Johnson Sirleaf of Liberia and President Joyce Banda of Malawi amidst Boussaina Kamel, the very first female presidential aspirant of Egypt (2012), Honorable Rebecca Kadaga, first female Speaker of the House in Uganda's Parliament, Honorable Rabiaa Nejlaoui, youngest Member of Parliament in Tunisia, and Honorable Hlobisile Ndlovu, Minister of Youth, Sports and Culture of Swaziland,  Mama Janet Museveni – 1st Lady of Uganda  and Minister of Education and Sports. And above all,  my mentor Professor Dr. Paula Green  for her relentless effort, sacrifice and able stewardship as Director of Karuna Peace Centre and School for International Training (SIT) in Vermont USA.

What is one change that, in your opinion, would hugely benefit aspiring women scientists?
So many women have dreams they want to pursue, but due to the distractions of life and other commitments they just have not started pursuing them. The truth is, there is no right time to peruse a dream. You will have to sacrifice and plan, but the best time to start is now. Start your careers or business, it may not happen right away, but you have to stop putting it off and start taking the steps that will lead you down the road you have been so hesitant to take for too long.

What is the best advice you have ever received?
To continue learning because Education never lies.

I come from Abim District, Karamoja region located in the north eastern part of Uganda in East Africa and from a polygamous family of six siblings: five girls and one boy with very many step-sisters and step-brothers. Being the last born to my mother and father, I attracted some favour and attention from my siblings that enabled me to be in school. My other brothers and sisters did not get a chance to complete their primary and secondary level education because my parents were peasant farmers who found it difficult to afford educating all my brothers and sisters. Coming from a large family background, there were many challenges I faced including balancing my academic need and household chores. Karamoja, with its poor human development indicators, posed serious challenges to girl child education even up to today, and I was no exception. It takes the commitment of the parents, community and the child in order to see one complete one level of education. My challenges in education were numerous: my first challenge was to appreciate the value of education because I could see a lot of my age group not in school, long distances to fetch water and wood fuel after school and participating in putting up dwelling structures and fences (mainly looking for grass for thatching and rids for fencing) for family members especially during dry seasons. All these besides many proposals for early and forced marriages since most of my age mates had to marry early as a result of being out of school. I escaped early marriage because I had to leave my village and attend school in Moroto and Kotido where my eldest sister was working as a nursing aid.

My best moment came in 1984 when I joined Kangole Girls Senior Secondary, about 130 kms from my home village. It was also at this school when I had the worst scare in my life in 1986 when a group of 30 girls from my secondary school walking back home (some 130 kms) for holidays, at the height of insurgency in Karamoja, were intercepted by the Karimojong warriors in the jungles in which many girls lost personal properties. Some of the girls lost direction of home for up to 7 days.

Kangole Girls’ Secondary School was the only girls’ secondary school in Karamoja at the time founded by the catholic missionaries. It was at this school that I started to receive career guidance and counseling where I then had to change my ambition from becoming a nurse to a social worker. The Catholic Church and Church of Uganda dioceses had very strong diocesan development sections whose work in Karamoja inspired me to appreciate work with the community. Then came 1987 when our class of 53 girls sat ordinary level examinations. Not surprisingly only about 15 of us decided to continue to ‘A’ Level, many branched off to study nursing and primary school teaching courses. My family was very happy because at least I had moved one level higher than my siblings. Little did I know that this was a short-lived achievement, I dropped out in first term of senior six because it was now a lot more expensive for my siblings to bear my school fees because they also already had their own children to cater for. I was not bitter with anyone because I could clearly assess the pains my guardians were undergoing to keep me in school.

Fortunately, I got some contract employment as a Food Monitor with an NGO called Action International contra la faim (A.I.C.F) as a relief worker for the displaced persons in Kotido. My main aim was to raise some money to further my education. In the process I got married and gave birth to my first child in 1989. Giving birth to a baby did not stop me from going back to school; I got admitted to Uganda College of Commerce Aduku under government sponsorship to undertake a course in Business Studies (Secretarial). My challenges from here on compounded because I had to attend to both my books and baby who was 7 months at the time I joined the College. After completing my course, I joined my husband in Kampala and this became the defining moment of my career. I got my second child in 1993 and in 1998 I gave birth to my last child. In between these births I got a job with Makerere University as an Administrative Secretary. I had to take care of my job and family but still with the ambition to continue with my studies to get a degree.

I got a green light from my husband who agreed to sponsor me to continue with my education. Since I was working, Makerere only allowed evening classes for me lest I lost my job. I joined first year in 1999 to study BA (Social Sciences). I was very happy at this stage because this would be a testimony to many disadvantaged Karimojong girls that one can drop out but can still pick up herself to continue with education.

With the determination that I had, I successfully completed my Bachelor’s degree and attained an Upper Second Class degree and this time the sky was the limit for me. With this additional qualification, I preferred more challenging work environment and tasks which I could not get from the administrative position. It is at this stage that I developed an ambition to share my knowledge and experience with others in need. I then chose to follow the academic path.  At this point I developed an interest to further my studies and my husband agreed to my proposal to continue with further studies but this time round in a foreign university. Under the aegis of the African Development Bank, I got a scholarship to study an MA (Social Work and Welfare) degree in England and again I passed highly with a distinction. I had resigned my job at the university to go for further studies but I also made it a point that on return I would share my wealth of knowledge with those in need and I felt the university would provide a better platform where students from all regions of Uganda are represented, including those from Karamoja and far afield. After a few years I got the funding and admission to pursue a PhD in Conflict Resolution and Peace Studies in South Africa which I completed successfully and since then, the university classroom has been my workplace where thousands of students pass through my stewardship and I am happy to share my knowledge with those in need. Currently I am the Chairperson of a Taskforce mandated by Government of Uganda to start a Constituent College of Agriculture in Karamoja, a region marginalised and in dire need of education. 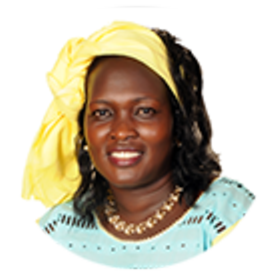 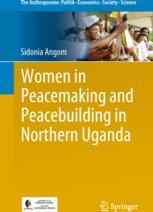