Sonya Bahar is Professor of Biophysics and Director of the Center for Neurodynamics at the University of Missouri at St Louis.

She is an expert in evolutionary dynamics and neural synchronization. She is a recipient of the Presidential Early Career Award for Scientists and Engineers.

By the age of 12, I knew I wanted to be a scientist. I wanted to understand the universe, and that seemed to be the best way to do it!

By the time I was in high school, I had fallen in love with Physics -- in particular, with the 1920s heyday of early quantum theory. As a Physics student at Drexel University, one of my most formative experiences was studying nonlinear dynamics and chaos theory with Bob Gilmore during my senior year. I also became fascinated by biology at this time, realizing that I had been ignoring a gigantic and fascinating side of science. After a lot of soul-searching, I decided to apply to graduate programs in biophysics, in order to try to combine these various interests. Biophysics was a comparatively new area at the time (1991), and it took me a while to figure out what area of biophysics was the best fit for me. I did my PhD research with Phil Knauf at the University of Rochester, studying the structure of the band 3 protein. But I craved research with a bit more mathematics and not so much radioisotope-laden benchwork, and as a postdoc I moved into electrophysiology and neuroscience, having finally figured out that studying chaotic dynamics in excitable cells allowed me to combine the best of both worlds. All through my development as a scientist, I have been fascinated by the way that physics can be used to investigate emergent collective phenomena in biological systems.

I have tried, one way or another, to focus my research on this fundamental problem, whether in the study of synchronization in neural systems during seizures or in the application of statistical physics to problems of evolutionary dynamics, such as nonequilibrium phase transitions in extinction phenomena. I have explored this problem in a book I recently published with Springer (The Essential Tension, https://www.springer.com/us/book/9789402410525), and will continue to investigate it as long as my own neurons are firing!

Put on your own oxygen mask before helping others. This isn't just good advice on a wobbly airplane, but good advice in life as well. Without self-care, we will have no energy left to put into mentoring and teaching, let alone into our own creative work. I think this may be particularly important advice for women in STEM who may have been socialized to reflexively take on a nurturing role, and may find it particularly hard to turn away from helping others, even when they are at the point of exhaustion.

Audre Lorde put it more forcefully: Caring for myself is not self-indulgence, it is self-preservation, and that is an act of political warfare. Mark Burkholder, Dean of the College of Arts and Sciences at UMSL when I began there as an assistant professor, put an academic spin on the same idea, telling all the new professors to "take the research time off the top". In other words, protect your creative time. It is always easy to put preparing for class first (short-term deadlines), but that can be a slippery slope, and the next thing you know you are trying to get your research done between 5 and 10 pm on Sunday evenings. Corollary: A colleague and I joke about running a computer program at the end of a long day, when burnout often results in staying in the office to do one more email, and one more, and one more. The program reads: IF TIRED == YES, THEN GO HOME.

One major change that I have seen unfolding since I was an undergraduate back in the 1980s is that there are simply more of us. And as there are more and more women in science, we can better support and encourage each other, whether to push for better family leave policies, to call out chauvinism and stand up against harassment, or simply to mirror to one another that it is quite natural to be a woman in STEM.

There are still some departments out there that do not make women feel welcome, but they are going the way of the dinosaurs. At this point I think that women scientists can all rise together like the newly-elected women members of the U.S. Congress at the recent State of the Union address. In suffragette-white pantsuits or in lab coats, we have a long way to go still, but WE ARE HERE. 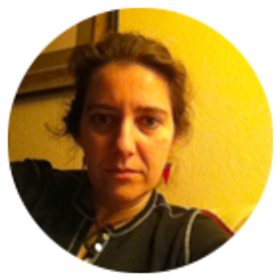 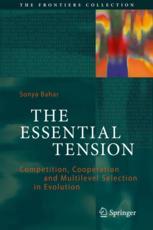