V Anne Smith is on the biology faculty at the University of St Andrews in Scotland. She researches computational biology, concentrating on complex biological networks. She is also a writer and enjoys writing science fiction stories. A Code for Carolyn is her first scientific novel.

I love learning and figuring things out, and in science that’s my job – I am constantly learning and figuring out new things about the world. I really like the sense that I am an explorer, learning about features of the world that no one before knew. I was also drawn to academic science because I can also be a teacher, and get to share the joy of discovery with my students – as they learn, and also enabling them to undertake their own original research.

I study complex biological networks, across a broad range of biology, from genes to neurons to ecosystems. I am interested in how these complex systems organise themselves and change over time, for example over evolutionary time (e.g., gene regulatory networks), during behaviour (neuronal networks), and through climate change (species interaction networks). The bulk of my research is focussed on the question of network inference: given examples of a system, can we figure out what bits are interacting with what, e.g., which genes turn on which other genes? I develop algorithms and apply machine learning to answer this question, tailoring features of algorithms and approaches for the specific biological system under study.

The biggest, and unexpected, challenge I’ve faced was the discontinuity introduced from maternity leave. I had been prepared for a period of time ‘out’, but naively assumed any delay would only be the length of time not activity pursuing research. I found instead that the discontinuity impacted far longer periods, influencing my access to opportunities on annual/biennial cycles, for example, and knock-on effects of missing events and networking activities.

What is one change that, in your opinion, would hugely benefit aspiring women scientists?​​​​​​​

Something that could help particularly aspiring women scientists is more role models, and specifically a wide range of role models. Being able to see that there is not just one way to be a successful woman scientist, just like there is not one way to be a successful man scientist – with fewer women role models, there is a temptation to think something along the lines of, “in order to be successful, I need to be like her”, where the ‘her’ is one woman you know a lot about. But that is not true. One thing that has struck me in talking with women scientists about their career paths is that there is very little repetition, and a great variety of ways women have forged their careers, including periods of slower progress. With a range of role models, women would better be able to relate to someone more like them, and have more confidence that they can do this too. 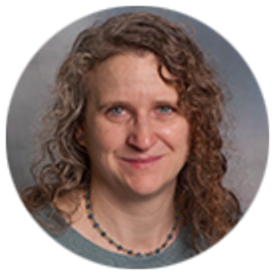 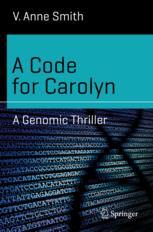