DE
Conversations with our Authors

Anna Zakharova is Principal Investigator at the Collaborative Research Center SFB 910 “Control of self-organizing nonlinear systems: Theoretical methods and concepts of application”, funded by the German Research Foundation (DFG). She leads the team “Control and Dynamics of Multilayer Networks" at TU Berlin (Berlin Institute of Technology). Her research focuses on nonlinear dynamical systems, noise-induced dynamics, control of neural networks, synchronization patterns in dynamical networks, and stochastic effects in networks with time delay. She has been selected for the ProFiL – programme: Professionalisation of Women in Research and Teaching: Mentoring – Training – Networking. Initiated by the three Berlin universities (TU, HU and FU), this programme supports highly qualified excellent female scientists on their way to a full professorship.

Tell us about your background.

I have always been curious, eager to learn. As a school girl I was interested in every subject absorbing like a sponge all the knowledge offered by the school programme. The inspiration for science came during my physics studies at Saratov State University where I attended lectures of Vadim Anishchenko on nonlinear dynamics. I was fascinated by synchronization, chaos, fractals.

My first steps into the world of research were made during my PhD at Saratov State University, where I investigated stochastic systems. I became fascinated by counter-intuitive effects of random fluctuations: noise leading to more ordered dynamics still inspires my research.

In 2008, one year after I started my PhD in Russia, I got an opportunity to do a PhD at University of Potsdam. I knew this is a great chance of collecting experience of international research in Germany. On the other hand, I did not want to give up my project in Russia. Therefore, I decided to work on two PhDs simultaneously. While my Russian project involved paradigmatic models, in Germany I applied powerful tools of nonlinear dynamics to biological systems.

The world of complex networks in all its beauty opened up to me during my PostDoc times at Berlin Institute of Technology. I investigated dynamical systems and networks with time delays, explored partial synchronization patterns and developed methods of their control. These studies widened and enriched my scientific horizon. Moreover, I started working on intriguing patterns called chimera states that became a topic of my book in Springer.

During my habilitation thesis I was passionate about combining stochasticity, time delay and network topology in my studies on dynamical systems. The complex interplay of these three factors allowed me to find new ways of controlling complex networks.

In 2015 I became Principal Investigator of the project “Controlling complex networks: interplay of structure, noise, and delay” as part of the Collaborative Research Center SFB 910, funded by the German Research Foundation (DFG). Since 2019 I am Principal Investigator at the Berlin Institute of Technology, where I lead the team “Control and dynamics of multilayer networks”.

My research focuses on complex networks. From models of the brain, through socio-economic models, to the electrical power grid: being able to predict and even control the behavior of such networks is crucial in the modern world. A network consists of a certain number of elements, called nodes, and the connections (links) between them. The classic example is the human brain that can be represented as a network of neurons. Each neuron is an individual cell, similar to a node in the network: the complex possibilities for connections between neurons, called synapses, explain how we perceive the world.

I construct mathematical models of networks and investigate their dynamics. Networks can be subject to random fluctuations, i.e. noise: for example, consider our power network, the electrical grid of supply and demand. In the case of a power grid, the integration of more and more renewable energy sources results in random fluctuations of the generator power. Besides noise, time delays represent another inherent feature of real-world systems. Time delays arise naturally in many biological and technological systems due to finite signal transmission and processing times. A further factor that has a significant impact on the dynamics of the network is its topology or structure. It defines the way that the network’s nodes and the connections between them are arranged.

Key to control networks is to understand them and learn how to predict their behavior. And if we wish to understand the richness of complex networks, we should take not only dynamics and topology into account, but also random fluctuations and time delays as well as systematically investigate more complex network topologies. The goal of my studies is understanding network behavior and developing efficient control strategies by analyzing the complex interplay of network topology and dynamics, as well as the influence of random fluctuations and time delays in the connections.

Choosing what to study is not easy. I was 16 years old and I had to make a decision that does not only define my career path, but can influence my whole life.

The most obvious way for me was to study languages. As one of the best graduates of humanities lyceum, I could become a student of the philological faculty without entry exams. On the other hand, having the best grades in all subjects at school, I had every opportunity in front of me.

When I told my godfather, professor of physics, about my decision he asked me: “Why do you want to study languages?” I told him that I like speaking foreign languages and want to see the world. “Study physics and learn languages as a hobby – become a scientist and you will see the whole world”.

Anna Zakharova obtained a Diploma in Physics and PhD in Physics and Mathematics from the Saratov State University in Russia. In 2012 she obtained PhD in Theoretical Physics (Dr. rer. nat.) from the University of Potsdam in Germany. Since then she has been a Research Associate at the Department of Theoretical Physics of TU Berlin. In 2019 she obtained the German “Habilitation” (Dr. rer. nat. habil.) from TU Berlin.

Anna Zakharova has published over 50 papers in high-ranking journals including Physical Review Letters and Physical Review E. She is a board member of the International Physics and Control Society, a member of German Physical Society (DPG), a guest associate editor for Dynamical Systems in Frontiers in Applied Mathematics and Statistics. She has given over 30 invited talks and serves as program committee member and organizer of mini-symposia for various conferences, such as International Conference on Control of Self-Organizing Nonlinear Systems, DPG Spring Meeting, Dynamics Days Europe or SIAM Conference on Applications of Dynamical Systems. Anna Zakharova has numerous national and international collaborations and is principal investigator of DAAD PPP Projects with India on “Chimera in Multiplex Networks” and with France on “Control of Multiscale Neural Networks”. She combines research with teaching activities and supervision of Bachelor, Master and PhD students. The spectrum of disciplines she has been teaching ranges from introductory courses, such as “Introduction to Theoretical Systems Biology” and “Mathematical Methods of Physics” to advanced courses, such as “Non-equilibrium statistics”, “Nonlinear Dynamics in Complex networks” or “Nonlinear Dynamics and Stochastic Processes”. 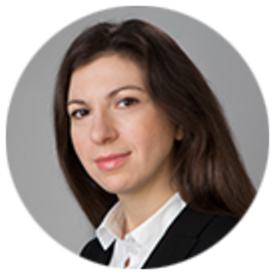