EN
Change the World - One article at a time

Our editors from the journals with the most clicked articles from last year’s Change the World collection describe what developments have resulted from the findings published in the articles since their publication. Read about the interesting outcomes below!

Global Environmental Governance: An interview with György Széll, the Editor-in-Chief of Asian Journal of German and European Studies

Top visited article in 2017:
Reflections on the call for a global “ecological turnaround”​​​​​​​

What were the determining factors for choosing this particular article from the many for this campaign?

The survival of humanity is apparently the biggest challenge today. The COP 21-summit in Paris in December 2015 gave some hope that at last the decision-makers have understood issue.

Why do you think the findings represented in the article are most relevant to the global issues we face today?

In a capitalist world, we have not to go back to Karl Marx and others to understand the capital relevance of the economy for a turn around. As already in a campaign in 1992 Bill Clinton stated: “It’s stupid, it’s the economy!”

What impact do you think that the Springer Nature Change the World campaign can have in addressing the global societal and scientific grand challenges?

It is a worthwhile effort as the publications by Springer have quite an impact – at least on the scientific communities. Let’s still hope on the impact of the legacies of the Age of Enlightenment – as the late Neil Postman and recently Steven Pinker tried. 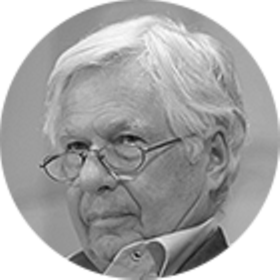 EiC of Asian Journal of German and European Studies