EN
Change the World - One article at a time

Our editors from the journals with the most clicked articles from last year’s Change the World collection describe what developments have resulted from the findings published in the articles since their publication. Read about the interesting outcomes below!

Degrowth​​​​​​​: An interview with Prof. Kazuhiko Takeuchi, the Editor-in-Chief of Sustainability Science

What were the determining factors for choosing this particular article from the many for this campaign?

There are two reasons for choosing this article. One is the topic of research - the idea of shrinking or achieving a “no growth” economy and instead focusing policy on a more equitable distribution of its products is a controversial and challenging one.  The authors introduce this idea in the context of socio-ecological research, explaining the contradiction between economic growth and the crossing of biophysical limits of the planet.  Secondly, the writing is exceptional, and the paper serves as a good introduction for further study on the topic.

Why do you think the findings represented in the article are most relevant to the global issues we face today?

The article tackles the intertwined crisis that the three pillars of sustainability (environment, society and economy) are experiencing. More than 30 years after the sustainable development paradigm emerged and provided a framework through which economic growth, social welfare and environmental protection could be harmonized, we can assert that such harmonization has proved elusive. Steffen et al. (2015) have shown that four out of nine planetary boundaries have been crossed. Meanwhile, wealth concentration and inequality have increased, particularly during the last 50 years (Piketty, 2014). In 2008, the collapse of large financial institutions was prevented by the public bailout of private banks and now, low growth rates are likely to become the norm in the economic development of mature economies (Summers 2013; IMF 2015; Teulings and Baldwin 2015).

Within this context, it becomes imperative to explore ways in which sustainability science can explicitly and effectively address one of the root causes of social and environmental degradation worldwide, namely, the ideology and practice of economic growth. This editorial article and the whole special feature aim to do so by stressing the deeply contested and political nature of the debates around the prospects, pathways and challenges of a global transformation towards sustainability.

What scientific advances does this article promise to drive? / Who will benefit the most?

The article argues that one important way of addressing the root causes of social and environmental degradation lies in acknowledging that there are trade-offs and contradictions between the three pillars of sustainability, the environment, economic growth, and social wellbeing. Authors argue that Socially Sustainable Degrowth (SSD) represents an alternative paradigm capable of repoliticizing sustainability through a democratic and redistributive downscaling of the biophysical size of the global economy.  It shows that SSD involves a multi-scalar transformation pathway beyond capitalism towards smaller and localized economies that redistribute wealth, supported by state and supra-national policies.

Researchers from both social and environmental science as well as practitioners will benefit the most from this research.

What progress or developments have resulted from these findings since the publication of this article?

Last year the literature review article “Degrowth – Taking Stock and Reviewing an Emerging Academic Paradigm” by Weiss and Cattaneo was published in the journal Ecological Economics. This article was followed by a special issue on degrowth and technology in the Journal of Cleaner Production, edited by Christian Kerschner, Petra Wächter, Linda Nierling, and Melf-Hinrich Ehlers. This year O’Neill, et al.  published an article in the journal Nature Sustainability with the title “A good life for all within planetary boundaries”.

What impact do you think that the Springer Nature Change the World campaign can have in addressing the global societal and scientific grand challenges?

Academic publishers are a vital final piece in the process of scientific dissemination. The campaign brings in timely articles to people, increasing visibility as the selected articles are temporarily made available without a subscription. Change the World project is essentially an “editor’s choice” selection, and so it raises the profile of research that is not just good in an academic sense, but that is also inspiring. 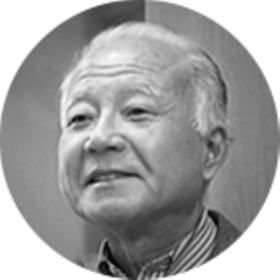 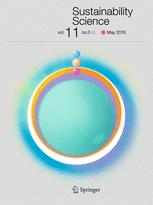