Despite considerable progress over the past few decades, children’s health remains a major global challenge. Since 2005, World Journal of Pediatrics (WJP) has been devoted to reporting scientific achievements and to popularization of pediatric knowledge. We have been endeavoring to develop WJP as a forum for academic communication and medical education during the past 16 years and will all along contribute to the better health of children and adolescents.

The unequal distribution of pediatricians is a persistent barrier to health care access of children worldwide. China has a high degree of geographic variation in the availability of local pediatricians, largely due to its vast size, large population and diverse economic levels. Thus, policy makers should consider geographic pediatrician density and adopt a targeted, location-based allocation strategy when recruiting new pediatricians to minimize inequalities in health care access and to balance the supply and demand. Especially in cases of a severe pandemic disease outbreak, such as COVID-19, the reasonable and effective distribution of pediatricians plays a critical role.

What do you think of the “third-child” policy and its challenge on Chinese Pediatricians?

Chinese central authorities released the “third-child” policy on May 31, 2021 to allow all couples to have a third child as the country faces the continuous challenges of a graying society and a decreasing birthrate. Recent news reported that China would establish a comprehensive support system by 2025 that helps to significantly reduce burdens on couples who want to have a third child.

The “third-child” policy and its supporting measures are estimated to lead to the birth of an increasing number of babies in the subsequent years. However, China is still facing a big challenge of a serious shortage of pediatricians. Therefore, we hope that more and more young Chinese doctors are devoted to becoming pediatricians, together with nurses and other healthcare staff, to better serve children’s health and care. 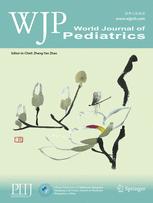