Bennet Omalu is one of the seven siblings having grown up in the peasants’ family in Nigeria, where he survives the horrors of the Civil War and becomes a medical doctor. In 1994, the 25-year old Bennet enters the United States for a professional fellowship and further work. Twenty years later, he becomes famous for the discovery of the chronic traumatic encephalopathy syndrome. He is then offered the position of a county chief medical examiner and a university professor. The story of his career rise eventually becomes enacted by Will Smith in the movie ‘Concussion’ (2015).

A huge success of economic integration, Omalu’s career trajectory both resonates and clashes with those of many other migrants all over the world. Some of them, like Omalu, do manage to realize their ‘Promised Land’ dream. At the same time, there are Nigerian and Russian doctors who become hotel porters in the UK and domestic workers in Italy, Algerian professors who turn into vegetable vendors in France, or Vietnamese architects who are employed by Greek fish-markets.

How does it happen that some migrants succeed in their career progression and others do not? Is the problem grounded in the destiny, in the nature of receiving countries or in the migrants’ qualities? If the economic immigration is so beneficial for western countries (as Omalu’s story illuminates), what prevents them from opening their job markets to foreign professionals? These questions are discussed in several of our books in the IMISCOE Springer series (Open Access). Several of our most recent books (published in 2019) shed lights to the complex inter-connections between migrant’s aspirations, their legal status, socio-cultural issues and economic integration.

In their provocative book Migrants and Expats: The Swiss Migration and Mobility Nexus (Open Access), Ilke Steiner and Philippe Wanner explore in-depth the economic integration of high-skill migrants (or expats) in Switzerland while also looking at comparisons with and implications for other countries including North America. Raising the question to what extent migrants’ successful employment is structured by the socio-cultural context of the country of origin, the authors actually show a complex interplay of various factors and lead us to see the pivotal role of recognition of credentials. From the very beginning, they recognize the socio-cultural grounds of the economically privileged position and refer to well-known examples of certain expat nationalities such as UK-nationals who are more privileged in terms of education and consequent positioning on the job market. However, they eventually show that what counts most are European or recognized foreign degrees. The authors also explore how family reunification policies and practices are gendered privileging migrant men over migrant women. Contributions to the Steiner and Wanner volume highlight the often ‘invisible’ factors that influence migrants’ employment situation.

Arguing that economic migrants in general and highly skilled migrants in particular are vulnerable across national contexts, the IMISCOE authors further unveil the issue of their networking and explore the controversial role of intermediaries who offer migrants so-called ‘roof’ and ‘protection’ at destination. While looking into the role of employment intermediaries in skill-job match and in fostering (or impeding) labour market integration, Rita Kasa and Inta Mierina lead us to see, in their collected volume on ‘The Emigrant Communities of Latvia’, (Open Access) the socio-cultural trap that such intermediaries often create both in the country of origin and destination: more impoverished migrants usually choose low-rank and incompetent private intermediaries.

In this reference, Laure Sandoz’s book ‘Mobilities of the Highly Skilled Toward Switzerland’ (Open Access) also recognizes the unpredictability of migrants’ trajectories toward their full economic integration. Bringing forward several examples of difficult career trajectories for highly skilled migrants, Sandoz elaborates on the pivotal role of high-level professional intermediaries who shape skilled migrants’ fate: talented, ambitious and resourceful, these migrants still need well-qualified assistance. Her book illuminates what makes the recruitment agency a ‘good labour market intermediary’ and what makes the high-skill migrant ‘wanted’ by such interlocutors and, consequently, by job market at destination.

Coming back to the iconic figure of Benet Omalu, he was, from the very beginning, supported by high-level labour market intermediaries and appropriate regularization provisions; and he was a man. What would have happened if he were a woman and if he had entered his promised land through a channel different from the student exchange entry? The answer to this question can be possibly be found in the above-mentioned IMISCOE books.

Most IMISCOE books are available open access, allowing anyone to read them online or download them as PDF, ePub or MOBI free of charge. They are also available in print. 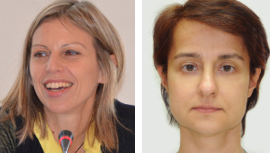 Chair of the IMISCOE Editorial Committee

Most books in the IMISCOE book series are available open access, allowing anyone to read them online or download them as PDF, ePub or MOBI free of charge. They are also available in print. 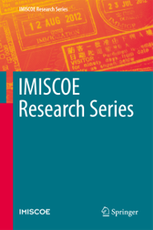