Covid-19, Justice and Politics: Philosophy in 2020

For me, there are three things that first come to mind when I think of 2020: our collective reaction to Covid-19, the public outrage over racial injustice, and the presidential election.

Like many others, I see all three of these primarily as effects of prior causes, and maybe that is where our deeper thinking on these issues might start.  Not always, and yet all too often, I think that we all still interpret these three superficially, simply as events and issues that are getting in the way of living our lives as we were accustomed to before 2020.  Are there any exceptions among us? I think so, and I’ll name three: the healthcare workers who have worked relentlessly over the last several months, the folks who have spent their lives and careers trying to preserve and increase the fair and authentic distribution of justice in our society, and the individuals who have truly devoted their whole lives to reasoned, transparent, non-partisan, and well-informed political discussion.

But these exceptional people - do we even yet know their names? Let’s each of us pose that question to ourselves, honestly.  In the bigger picture (and if Hegel was right!), then perhaps we can be confident that history will find a way of remembering them for us. And if Hegel was right, then the names of the many true, innocent victims will be lost to history as well.

Having just recalled Hegel, and turning back to our own point of view, I am not so sure that Hegel can help us so much with this more pessimistic proposition.  But if we look elsewhere in the history of philosophy, we might find that the existentialists can.  To be sure, in many areas of philosophy, existentialism is as out of fashion as Hegel is.  And even if that does not bother us, we also need to remember that existentialists and existentialisms are different.  A Sartre is not a Nietzsche, and a Nietzsche is not a Kierkegaard.

But I think that existentialists typically would be quite willing to embrace the proposition, ‘no lives matter’, ushering us through it as through a door, and requiring us to leave behind our Aristotle and Aquinas, our St. Paul and our Hegel (I like to think that they would let Kant come through, at least on a conditional basis).  And once we are through that door with the existentialists, and have embraced that proposition ‘authentically’, we could see where it leads.  Perhaps we really could learn how to create our lives with ‘authenticity’, so that they mattered – or at least, to create our lives as if they mattered.  And through all of it, we could even have a laugh, as the greatest existentialists are also the ones with the sharpest senses of humor.  A colleague of mine well-versed in and appreciative of existentialism once let me know that he ‘always thought that existentialist angst was kind of funny.’  Breaths of fresh air like these would be part of our imagined sojourn with the existentialists, I would hope.
But after all that, would the results be any different?  Would we be able to lives our lives better, in a richer and deeper, and more human way, if our lives were in some way more informed by existentialism more than by the lessons of the earlier philosophical tradition?  Existentialism itself would answer both of these questions in the negative.  But then, I think that existentialism would insist that these two preceding questions were not quite the right ones to ask in the first place.   Existentialism would pose a different question: in coming through that door, have we found a new and impactful way to realize what is at stake?  Perhaps the only appropriate answer to this question is silence, but still, it is the right question to ask.
Existentialism is part of pop culture, and has been for decades – but on the other hand, perhaps it has never really been for public consumption.  Having said that, the exceptional people I picked out above grasp the significance of realizing what is at stake. They grasp how health, how justice, and how democratic politics cannot simply be taken for granted.  These must not only be sustained and allowed to flourish, but they must be made in the first place. But how is that making itself made possible?

To help answer his, here is where I can introduce the fourth issue that I will remember from 2020: the state of higher education.  As we all know, dropping enrollments, rising competition for students, higher bills and more crushing debt for students, and increased skepticism over the value of higher education have been some of the main challenges to college and universities for a number of years.  The pandemic has only increased these challenges for college and universities, many of which are now facing more concrete kinds of existential crises, ones which are not leavened with any of the more humorous elements of philosophical existentialism.

It is difficult to see how we would not need this power.  If we truly did not need it, and if we have not needed it for a good while (as critics of higher education would argue), then I think that we would already have seen some better results.  We would have already empowered ourselves to collectively fight Covid-19 as effectively as possible (which we have not); we would have already built a fairer and more just society (which we still lack); and we would have had a more healthful, robust, and productive political climate over the past few years (which we have not had).
Higher education has this transformative power.  No doubt, the classical philosophies and philosophers of the Western tradition insist that ‘all lives matter,’ and have always provided us with volumes upon volumes of arguments and narratives to convince us.  Nevertheless, when we lose sense of that history, then existentialism can play a role by helping us to think through both how ‘no lives matter’, and also how all lives can matter – by reminding us of what it at stake, and how we each have the power to transform ourselves.

And with that, philosophy can start to play its own role in transforming people for the better.  To be sure, the other disciplines across higher education have their voices and their roles as well in the transformative process.  But how close are we to losing that?  Let us ask ourselves: do we know what is at stake?

Daniel Murphy is Associate Professor of Philosophy at Saint Peter’s University.  He has contributed to Springer’s Philosophia journal. 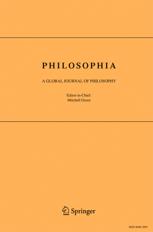