The Bonds of Truth. The Value of Emotions for Social Knowledge

The curiosity towards a culture we do not know, the enthusiasm of discovery, the amazement in listening to a researcher who presents the latest scientific findings, the gratitude towards those who help us to access or enlighten the truth. So many emotions are embedded in our truth-seeking activities. They do not only confer a personal taste to the process, but also motivate and direct our attention to knowledge. Moreover, they facilitate the development and cultivation of intellectual virtues like perseverance, open-mindedness, and intellectual courage, which are crucial for getting positive outcomes from our epistemic practices.

In The Value of Emotions for Knowledge (Palgrave 2019), I collected different views, models, and arguments that allow appreciating the decisive role played by emotions in knowledge-acquisition. The authors explain why, and under which circumstances, we should grant to emotion an epistemic value, also exploring it in different contexts like inquiry, self-understanding, or group knowledge. The final upshot is the one that expresses an integrated functionality of emotions and knowledge, thus overcoming the traditional dualism, which makes emotions mere hindrances of thought.

Knowledge-acquisition is a social practice. Challenging the methodological individualism that dominates debates on social cognition, in the new project I am now carrying on at the Free University of Berlin and funded by the Alexander von Humboldt Foundation, I analyse the role of emotions in establishing those social bonds which seem to be crucial for knowing together. I study epistemic cooperation as the device through which agents build meanings together and emotions as the powers which facilitate knowledge understood as concrete processes undertaken by epistemic communities. In this picture, emotions are not a private state of mind, but intersubjective processes enacted in the social dimension of knowledge-seeking.

My hypothesis is that epistemic cooperation is what engenders the production of group knowledge, and emotions, as socially extended motivations, reinforce the cooperative bonds between the epistemic agents. In fact, motivation does not have to be purely internal but can be attributed to a system, such as when we are brainstorming in small groups about the best options we have to deal with a problem. In this respect, my work undertakes the perspective of 4E cognition, for which cognition is embodied, embedded, enacted, and extended and apply it to group emotions.

Finally, emotions are of paramount importance for the development of the ethics of knowledge too. In this regard, emotions support the development and cultivation of the responsibility towards truth in our social world. In fact, epistemic emotions are part of normative injunctions related to the epistemic virtues as motivations to the intrinsic value of the epistemic. More specifically, I investigate whether and to what extent cooperation leads to epistemic transformations, as processes of redesigning cognitive environments through the emergence of new and different abilities. I hypothesize that the transformation is not only cognitive but that it implies an overall change that has the effect of developing a precise epistemic character, at the individual and at the group level. This is the epistemically responsible character, which assumes knowledge as an ethical commitment and brings the scientific results at the service of society but also fuels critical thinking for unmasking fake news and any form of totalitarian thought.
In the occasion of the World Philosophy Day 2019, I express the auspice that emotions may support our shared commitment to excellence in research for the benefits of society.

Laura Candiotto is Alexander von Humboldt Senior Research Fellow at the Institute of Philosophy of the Free University of Berlin. Previously she held positions at the University of Edinburgh, Université d’Aix-Marseille, and Ca' Foscari University of Venice. She published for Palgrave: The Value of Emotions for Knowledge, 2019. Her websites: www.emotionsfirts.org; https://fu-berlin.academia.edu/LauraCandiotto 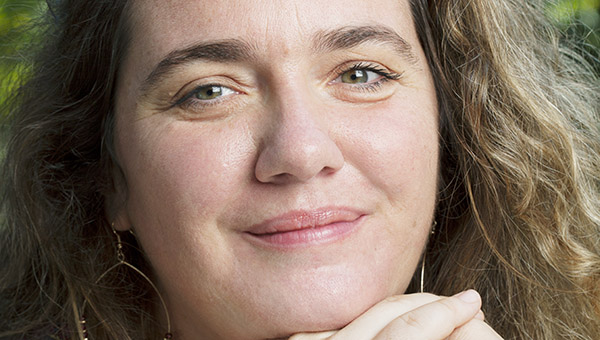 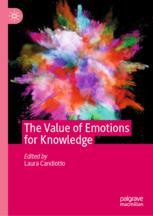