Philosophy: A Spirit of Questioning

Philosophy’s place among academic disciplines is peculiar, for it is different things to different people and it wears profoundly different hats in different circumstances. It is, in turns, abstruse or practical, recondite or treating matters directly in front of our eyes, it promises to help order our life in immediately concrete ways or is so far removed from our day-to-day lives as to seem utterly beyond application in any real-world situation. I think what commonly holds the whole enterprise together is a spirit of questioning, of looking for the reason for holding a belief or taking an action, of asking how things generally hold together (if they do…), and then in integrating that spirit of questioning into a life well-lived, for myself and others, so far as that might be possible.

Stemming from that larger conception of philosophy, my own work has focused on retrieving historical notions of human action, knowledge, and accounts of what there is, as a means to understand better why we think about things in the way we do today and to see what might be gained by confronting ourselves with our own forebears. This broad goal has led me to investigate the history of philosophy, with a focus on pre-modern thought, and to try to understand why the questions that were asked at different times were important for those thinkers.

For example, consider the following question: Does the human mind know God first? It is a question that may almost defy intelligibility for us today, and yet it was, in another time and context, a basic question, a question through which thinkers in the Latin, Christian, and scholastic culture of the 13th century inquired, indirectly, into ‘the meaning of being’ (to borrow a line from Martin Heidegger). In another context, now in 11th century Islamic Persia, there is an influential assertion and then rigorous defense that ‘existence’ is impressed upon the human mind before anything else. The context of these two questions are markedly different (one Christian, one Islamic – among other differences) and the issues are themselves phrased quite differently. Yet, they are pursuing a very similar line of thought. A reflection upon this similarity then flips the issue from ‘what is the answer given to a particular question in a particular place and time?’ to ‘why were they interested in this at all?’ and ‘how do we address this issue today (if we do)?’ Indeed, to answer these questions requires understanding the constellation of ideas in these different contexts such that certain questions can be made intelligible across discrete historical periods, especially since the answers given in the 11th century Persia will directly influence the answers given in 13th century Paris, which will then influence, albeit indirectly, how we address a similar line of thought today. A question from the past that is recondite or abstruse for us today can then be understood as somehow constituting how we ourselves, via modernity and in subsequent thought, ask questions of how we know and what we can know, a result being that weird questions from the past become part of the otherwise unseen constellation of ideas for us today.

So conceived, the history of philosophy does not account for a triumphant march toward progress but of humans asking some similar questions haltingly but insistently, and with a different vocabulary, resources, and strictures. Does this approach to philosophy promise real-world impact or solutions to problems facing the world today? Perhaps. Perhaps not. Understanding the sorts of questions that humans seem to ask over and over again in different times and places helps us orient ourselves, via knowing how our time and our question-asking is continuous with or profoundly different from these previous ages, it is difficult to think of a field of study that is more fundamental or more basic to shedding some (limited) light on what it is to be human. If that sort of inquiry is not useful to us today, perhaps that says something important, and useful, about our own age and priorities.

Dr. Matthew Kostelecky is an Associate Professor of Philosophy and Associate Academic Dean at St. Joseph’s College at the University of Alberta.  Edmonton, AB, Canada.  He is the co-author of the upcoming Springer volume, The Human Person: What Aristotle and Thomas Aquinas Offer Modern Psychology 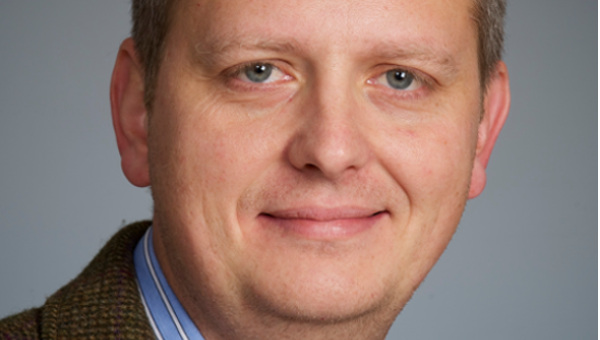 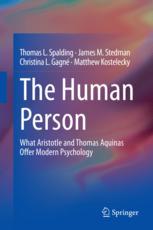