On March 11, 2020, the World Health Organization (WHO) declared the novel Severe Acute Respiratory Syndrome Coronavirus 2 (SARS-CoV-2), which causes the coronavirus disease 2019 (COVID-19) to be a global pandemic (WHO 2020)

The virus had originated in Wuhan China in winter of 2019 as an outbreak, and then travelled around the world in Spring 2020. When the news emerged of the global pandemic, I was completing my latest book for Springer, Healthcare Ethics on Film, and was actually working on the chapter for the 2011 film, Contagion. In that film, an aerosol virus emerges from China, travels around the world and transforms the United States within a six-month period into a pandemic-ravaged dystopia. The fictional virus in Contagion has the same rate of reproduction (R0) as our novel coronavirus, but is more lethal, killing about 2.5 million Americans in 6 months. When Contagion was made in 2011, it was based on Obama-era preparedness, and the U.S. was armed with the scientific and public health expertise to respond in concert with the WHO. What no one could predict, however, was a future United States where the independence of its CDC would become compromised.

Over a quarter million Americans are now dead in 7 months. If the U.S. policy continues to be “herd immunity” with no mitigation, Contagion’s fictional dystopian death toll will become reality. At this moment in American history, thousands of U.S. experts and scholars are suffering from the “Cassandra Complex” – foretelling disaster when no one will listen or believe them. They are issuing warnings alongside images of mass rallies hosted by the U.S. President in several surge areas with few masks and no social distancing; these rallies are essentially biohazard events. Left impotent, local officials are trying to manage a pandemic that is completely out of control, while Americans with poor critical thinking skills easily believe coronavirus misinformation they hear from their own President.

There is another term for what is happening in the United States: it’s called a holocaust. The term “holocaust” is defined by a mass death toll resulting from state-sponsored policies.

Americans were warned in the Spring that between 100,000-240,000 people in the U.S. would likely die even with strict mitigation efforts of shutdown to flatten the curve; without mitigation, the number would be over 1 million Americans dead.

When the history of the American Holocaust is written, we will surely note the early federal response when the virus first surged.

We will also note that when the U.S. marked its first 76,000 deaths in May, almost 60% were African American due to health disparities and systemic racism; COVID deaths continue to be disproportionate in this population.
Some are calling that genocide. Ultimately, if American healthcare systems collapse from the “viral load” of COVID, it will result in untold numbers of deaths from non-COVID conditions, too. Alas, we may never know the true death toll in this American Holocaust.

Dr. Rosenthal is a professor of bioethics, an expert in clinical ethics and moral distress, and has served on numerous clinical practice guidelines. She has a special interest in endocrine ethics (visit her blog), and is President of the Endocrine Ethics Association. She is the author of over 75 publications, including her recent books, Clinical Ethics on Film and Healthcare Ethics on Film. 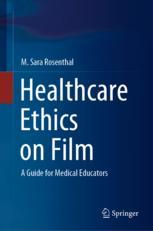