Jean-François Lyotard, famed for being the author of The Postmodern Condition, once mockingly remarked of himself on a French television programme that 'he does philosophy. No one has ever been quite sure what that consists of'. If this is indeed so, then it might make us wonder why we need a World Philosophy Day. Most of the general public is genuinely mystified as to what philosophy consists of anyway, and would regard such an opinion as proof that it is not worth bothering about – and even more worryingly for the philosophy profession, probably not worth wasting any public money on either. But there is a more subtle point behind Lyotard's observation, and it is that philosophy is a very open and flexible subject that can be applied to just about anything that happens in the world. It is because philosophy cannot be pinned down that it can do this. Critically, it is about analysing arguments and the evidence presented for them, and that makes it particularly important when it comes to public affairs, where our political leaders so often play fast and loose with evidence and logic. World Philosophy Day seems the appropriate time to point out that we live in a world that needs philosophy to make sense of our daily lives, that it is not just for thinkers in ivory towers.

One of the worst examples of political deviousness can be found in the debate that has raged for a few years now over the topic of post-truth. Politicians have traditionally bent the truth to score points over their opponents, so post-truth is not as such a new phenomenon. However, it has been reaching epidemic proportions of late, with President Trump throwing accusations of fake news around with abandon, claiming that anyone who disagrees with him is lying and that 'alternative facts' exist to disprove anything they may say. His appeal is to people's prejudices and, sad to say, it is a tactic that has been working, polarising political debate in a way that is dangerous for democracy. Philosophy comes into its own in cases like this, because one of the things it definitely does consist of is identifying prejudice in arguments and showing why it is unacceptable. Prejudice is simply not logical, it fails any such test. Truth is an issue that philosophers have been arguing about since philosophy began, and there are various theories as to what it is and how it operates. I discuss these in my recent book Post-Truth, Scepticism, and Power (Palgrave 2019), with the intention of dismantling the notion of post-truth and demonstrating that, even if there are various theories of truth in philosophical history, none of them can provide any basis for post-truth. Scepticism may argue that truth is relative, but even sceptics demand some kind of proof for any claim you might make; it is not just a case of anything goes. Scepticism's key point is that truth is not an absolute, but there are pragmatic ways of assessing any claim, which at the very least can be judged in terms of its probability. Accusations of fake news are made in bad faith because nothing lies behind them; they are merely attempts to discredit your opponents, to smear them by spreading lies about them. No sceptic could endorse that.

Events do happen and can be checked, meaning that claims of fake news can be too. Interpretations of events can differ, but that is not the same thing as denying that they occurred at all if that suits your political purposes. Philosophy tells us how to make such distinctions, and everyone who contributes to the philosophy list of a publisher like Palgrave plays their role in establishing the subject as a positive force in world affairs. You cannot trust everything that our politicians say, but you can assess their arguments for prejudice and unsubstantiated assumptions, and philosophy is your guide as to how to go about that exercise. Even though philosophy can sometimes be obscure, I would always want to emphasise its practical side. At base it is about putting together logical arguments that you can defend without recourse to prejudice, and that is surely an activity worth preserving. This is a world that really does need philosophy and all the books and ideas that it consists of: collectively, they provide an invaluable public service. The Palgrave list is evidence of that.

Stuart Sim retired as Professor of Critical Theory at Northumbria University in 2013. He is widely published on critical theory and continental philosophy, and his most recent book is Post-Truth, Scepticism & Power (Palgrave, 2019). 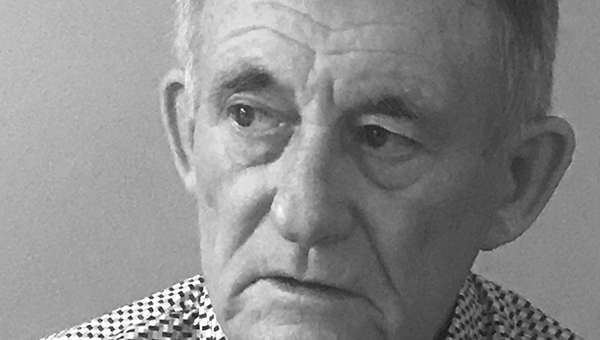 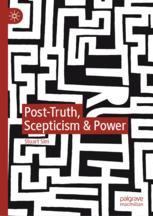