The Importance of Addressing Psychosocial Support and Mental Health Needs for Black Queer Youth: The Role of Culturally Informed Systems of Care

Nigel Shelby, a ninth grade African American student at Huntsville High School in Alabama, died of suicide on April 18, 2019. Two years earlier, at the age of 13, Nigel had shared with his mother, Camika Shelby, that he was gay. She loved her son. She said: “I already knew” … “He was just special” … “He was always full of life… “He was sunshine” … “He was a good spirit” … “He had so much more love to give…” Nigel’s mother shared that her son experienced homophobic violence in the form of pervasive bullying which was connected to his depression. (1) She found him dead when she returned home at approximately 6:00 p.m. Nigel’s casket was embroidered with rainbow colors, reflective of the symbol of gay pride, along with butterflies and beautiful photos of him. There have been ongoing expressions of love for Nigel by people throughout the world. This kind of effervescence of love serves as a counter-narrative to structural violence that is embedded in the everyday lives of Black queer youth.

According to the Centers for Disease Control and Prevention (CDC), suicide is the second leading cause of death for youth between the ages of 15 to 24. (2) A limited number of studies have examined the occurrence of suicidal ideation and attempts among Black queer youth, with a critical void in research that explores the socio-structural and –cultural contexts of mental health prevention and care. (3) One recent study found that 36.6% of young Black men who have sex with men (MSM) and transwomen (aged 16-29) reported a history of lifetime suicidal thoughts, while 16.1% reported prior suicide attempts. (3) Significantly, these current trends have been indicative of an urgent need to strengthen culturally congruent mental health prevention strategies that address barriers to accessing and utilizing services for Black queer youth.

The current state of scholarly research regarding mental health and psychosocial issues for Black queer youth remains understudied. According to David Satcher’s seminal U.S. Surgeon General’s Report, people of color have experienced persistent barriers in accessing and receiving quality mental health services and care and have not been adequately represented in research in the area of mental health. (4) Similarly, one comprehensive report on suicide and suicide risk among sexual minority populations identified several structural and institutional barriers related to the need for a culturally and gender inclusive framework in mental health research, prevention, and services. (5)

Nigel Shelby’s death reflects one of the most egregious illustrative accounts of a larger, ongoing, and systemic problem of stigma, marginalization, and structural inequalities experienced by Black queer youth. (6-10) Research has shown that structural barriers affect mental health status, as well as impede access to culturally responsive mental health prevention and care. (7) The negotiation of racial, gender, and sexual identities juxtaposed with experiences of racialized-, gender-based, and sexuality-based stigma and discrimination have worked as relevant culturally specific psychosocial issues for Black queer youth. This overarching theme is interconnected to the critical role of understanding multi-layered processes embedded in macro-level or structural disenfranchisement, while simultaneously understanding the importance of addressing micro-level factors that occur in the everyday, based on cultural constructions of gender, gender identity, and gender expression; social, religious, peer, family, and community norms; as well as structural barriers such as socio-economic indicators (e.g., poverty, education, employment status, income), access to health care and treatment (e.g., un-/under-insured), housing and food instability, racialized stigma and discrimination, gender-based stigma and discrimination, sexuality-based stigma and discrimination, and HIV stigma and discrimination. Culturally informed systems of care for Black queer youth engage the centrality of people, families, and communities, with a specific emphasis placed on understanding the socio-historical and –political contexts of structural inequities that facilitate exclusion and marginalization that are embedded within institutional structures and social practices.

Leo Wilton is Professor in the Department of Human Development in the College of Community and Public Affairs (CCPA) at the State University of New York at Binghamton. Dr. Wilton’s primary research interests include health disparities and inequities (HIV and AIDS); Black psychological development and mental health; community-based research and evaluation; and mixed- and multi-methods research. His scholarly research on the AIDS epidemic focuses on the intersectionality of race, gender, and sexuality, as situated in macro- and micro-level inequities in Black communities. His research engages the complexities of how socio-structural and –cultural contexts influence people's development and well-being within African and African-Diasporic communities. 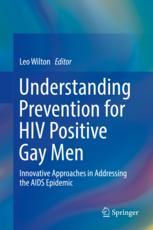