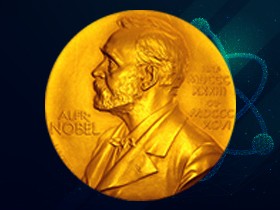 On October 8, the Nobel Prize in Physics 2019 was awarded "for contributions to our understanding of the evolution of the universe and Earth's place in the cosmos" with one half to James Peebles "for theoretical discoveries in physical cosmology", the other half jointly to Michel Mayor and Didier Queloz "for the discovery of an exoplanet orbiting a solar-type star."*

We invite you to take a look at a selection of publications by the Nobel Prize Winners.