Scientific American is the award-winning authoritative source for the science discoveries and technology innovations that matter.

With ahead-of-the-curve reporting, Scientific American continues to cover groundbreaking events in science and technology. First published in 1845, Scientific American is the leading source and authority for science, technology information and policy for a general audience. More than 150 Nobel laureates have written for Scientific American, most of whom wrote about their prize-winning works years before being recognized by the Nobel Committee. 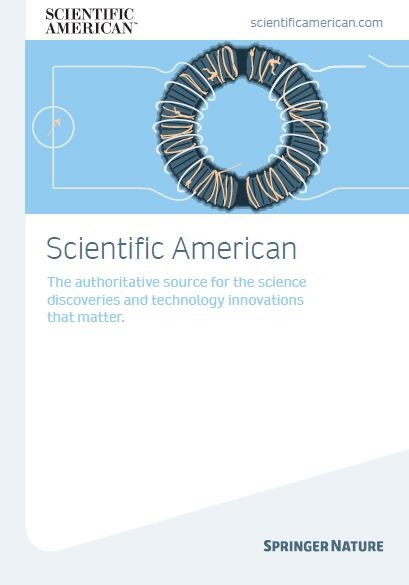 by Katherine W. Phillips on how being around people who are different from us makes us more creative, more diligent and harder-working.

by Michael Shermer on why worldview threats undermine evidence.

by Mark Fischetti on how great literature is surprisingly arithmetic.

Go Public or Perish a Science

Thematical content on scientificamerican.com promotes empirical and objective inquiry, as well as rationality and reason, through authoritative and engaging coverage of the most important and on-trend topics in science.