What are the origins of gender inequality?

Statistics of the United Nations indicate that gender inequality has reduced over the last 70 years, but a full and equal participation of women in society and equal leadership in all areas is still a distant dream. The current COVID-19 pandemic painfully reminds us of the merciless reconstruction of gender differences in contemporary times. While health care workers in the forefront of the fight against the COVID-19 disease are most likely women, people in pandemic-related leadership roles are most likely men. At the same time, women do three times as much domestic tasks and care then men, and violence against women has increased with 30% during the pandemic in some countries. Moreover, there is still a gender pay gap, and salaries for women on average are lower than that of men due to no other reason than gender. Who is to blame for the creation and recreation of these gender inequalities?

The most comprehensive answer probably comes from life course theories, originally formulated by Glen Elder. In short, according to this theory, the disadvantaged position of women should be understood as the outcome of a life-long process and an interplay between the individual’s preferences and resources, the lives of other people to whom they are linked, the timing of decisions, norms and values about gender, and opportunities or barriers created by the society. In other words, the creation of gender inequality is a subtle, life-long and partly unconscious process, fuelled among others by implicit cognitions about the role of men and women in society, and gendered stereotypical pictures.

While gender inequalities exist in nearly all countries of the world, there is a huge variation across countries. Nordic countries are doing relatively well, with a gender gap in labour participation of approximately 4% compared to 12% on average in OECD countries and 20% in Italy. Different policies unmistakably contributed to this gender equality, such as the dual earner/dual career model and paid parental leave for mothers and fathers. There are more subtle processes that stimulate gender equality in Nordic countries, such as images of women operating machines in advertisements of hardware stores and men taking care of toddlers and children in public spaces. Yet, only one out of three managers is female, even in the egalitarian Nordic countries. Breaking the vicious circle of the construction and reconstruction of gender inequality requires a growing awareness of all the structural and individual factors that create or amplify gender inequalities.

Unveiling factors contributing to these gender inequalities, however, is not easy task. It requires a careful comparison of nations and welfare states but cross-national studies addressing gender differences are scarce. One exception is the research project GENPATH, funded by the EU-Gender-Net Plus program to promote gender equality. GENPATH is a research collaboration between six European countries and Israel. In this research project, we aim at analysing the origin of gender differences in the prevalence and generation of exclusion from mainstream society, and consequences for health and wellbeing across European countries. Research so far suggests that differences between men and women are not clear-cut, as there are complex orders of advantage and disadvantage, oppression, and discrimination, which only certain (gender)-groups face, based on their location at the intersection of gender, age, ethnicity, sexuality, and economic background.

Research on the origins of gender inequality is valuable for the scientific debate and important for raising the awareness of the subtle processes enlarging the gender gap. While important, it is only the beginning of closing the gender gap. In order to reach sustainable solutions to enhance gender equality in the many facets of life and society, strategies should be multi-faceted. Sustainable solutions to reduce the gender gap should stimulate full autonomy and independence for women and men, by stimulating education and lifelong learning, equal rights to participate in society, equal sharing of family care and not in the least a paradigm shift in the stereotypical private and public images on the role of gender. Finally, for a more sustainable shift towards gender equality, policies should be gender-proof, i.e. checked for any potential gender discriminatory effect that could arise by the regulation.

This helps to increase gender equality, not only as a “fundamental human right, but also as a necessary foundation for a peaceful, prosperous and sustainable world” (United Nations fifth Sustainable Developmental Goal). 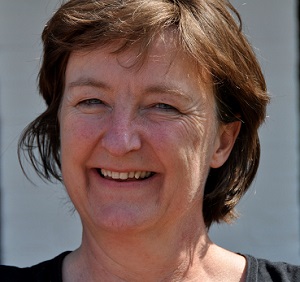 Marja Aartsen is a research professor, working at NOVA -Norwegian Social Research of Oslo Metropolitan University. She has a background in Sociology and received her PhD degree at the VU University Amsterdam. Her academic interest is on social gerontology. Marja’s research concentrates on social exclusion, social inequalities and developments in social functioning in the second half of life. She is editor-in-chief of the European Journal of Ageing, leader of the Norwegian team in GENPATH, a European research project on the gendered pathways of exclusion from social relations in later life, and co-leader of the Norwegian-Romanian research on social exclusion in later life (AMASE).