In this interview, we speak to Pim de Boer, senior strategic policy advisor EU at Vrije Universiteit (VU) Amsterdam and Amsterdam University Medical Center, and former pathobiologist. He tells us about how he developed models for patient involvement in healthcare research and what he believes institutions and publishers can do to facilitate the societal impact of research.

Your background is pathobiology, working in basic and translational research. But that changed when you became Head of Research at the Netherlands Asthma Foundation (now the Lung Foundation). Did that require quite a mindset shift?

Yes, it was certainly quite a shift. Before that, I was working in an academic hospital environment, but I wasn’t dealing directly with patients – I'm not a medical doctor. So I moved from the side of research, where you apply for funding, to the side that awards the funding. And because the Netherlands Asthma Foundation is both a charity and patient organisation, it made me much more aware of where the money was coming from – from patients and donations.

I found that switch was actually very rewarding and also very stimulating. When you work in that environment, you know who you’re working for, who you’re doing it for, why it matters. It made me much more aware of the things that matter to patients. Why they wanted certain things on the research agenda, why they wanted to be involved in agenda setting, and so on.

Part of your role at the foundation was the development of strategies to involve patients as partners in research. Can you tell us about the models you developed on that?

When we started the process, we were looking for examples to follow and we decided we wanted to emulate something like the work of Involve UK – which is all about putting citizens at the heart of decision making.

Our model was built in collaboration with the Athena Institute at the VU. The first thing we did was to look at how to deliver research agenda setting that was based on what researchers want, on what medical people want, and what patients want. To do that we took input from all those different groups using mixed methods, mapping, dialogue and feedback rounds and then combined it into one research agenda. And we did that together with the Dutch Medical Research Council.

So, we then had the model for consulting those audiences and we had the research agenda. But we also dealt with funding research and this needed to be transparent too. We needed to engage researchers but to also make it more relevant to patients. This resulted in us developing another model to do that.

I collaborated with a colleague at VU Medical Centre to look at how we could get good collaboration between patients, researchers and medical specialists. The first point we encountered was that all the protocols we traditionally have to review research proposals were based on science, scientific issues, feasibility, and so on. So how do you measure relevance for patients? How do you ensure that their needs are taken into account?

It took some time to establish the best approach to do this, but in the end, we provided a model which did work, and which was related to reviewing proposals, evaluating projects and project results from the patient perspective. And various different public and private organisations have taken this on.

And what were the results of having patients involved in research in this way?

We carried out a longitudinal study to evaluate this. And we found that the introduction of patient involvement resulted in a paradigm shift. The scientific and societal relevance of research proposals were being reviewed by all parties in a more effective and efficient way. Patients were actively involved in the review procedure for research funding and were trained and equipped with an appraisal tool for societal relevance.

This allowed us to evaluate scientific relevance and societal relevance separately for research proposals and to make balanced decisions in the research funding approval process. Overall the results showed this work led to more patient involvement in lung research.

What’s struck me about patient involvement and seeing how that can shift the research agenda, is that you start to see how it can be applied in so many other instances. And it’s also shown that the ideas and needs of patients don’t necessarily deviate from those of scientists or healthcare professionals. Essentially it’s about understanding what all the needs are before jumping in with ideas and solutions.

It’s the same in business. I distinctly remember speaking to a student at a university of applied sciences, who told me they had been asked by a company to find an audience for the product they had developed. But it needs to be the other way around. A company should first try to find out what the need is. And then develop something to meet it.

What would be your advice to early career researchers if they want to have a societal impact. Where do they start? What processes should they try to follow to have that impact?

I believe that if they’re the only ones in an organisation who want to do that, it will be quite difficult. I think it’s actually the organisation that should have a policy on it which supports early career researchers to do that. And if it doesn't have one, it should develop one.

But I also think it doesn’t need to only start at PhD level and above. How to have impact through research could be better communicated at Bachelors degree level or even start at secondary school level.

You say organisations need to support researchers to have impact – what about publishers? Is there anything that they could be doing?

Yes, I think there are already examples of publishers trying to find ways to ensure more societal impact and involvement, and it would be great to see those developed further.

For example, I’ve seen certain medical journals stipulate that you can only publish your work if you have involved important stakeholders and patients. They’ve made it a prerequisite. And of course, even if it isn’t a policy, the editors can also be asking to see evidence of collaboration with patient groups and how it’s been done.

And then I think there are a few different issues around communication styles. So for example – and I know many publishers already do this – providing support to researchers to help them write in a more public-friendly style.

Another communication issue is around making research more accessible to non-academic audiences. Open access is one step towards this. But simply making the paper accessible doesn’t necessarily mean that lay readers will read it or be able to understand it.

I know that some patient organisations in the Netherlands and further afield contacted publishers with the idea that for major publications, which are of interest to patients and the public, there should be an accompanying version rewritten in lay language. In a similar vein, authors could be asked to provide a lay summary of any paper.

Do you think enough importance is placed on societal impact and societal involvement in research?

Traditionally, there’s definitely been a focus on the academic impact over societal – so the number of papers you publish, the journals you publish in, and so on. But I believe things are changing. The mindset is changing, the world is changing. Policymakers, funders – they’re now starting to look more and more at societal impact. And I believe that will continue. 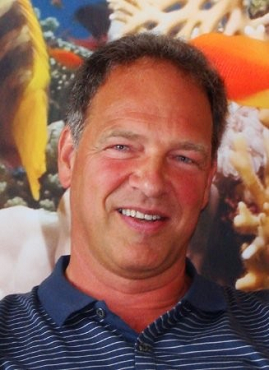 Pim de Boer has a PhD in life sciences and carried out research as a pathobiologist. His work at a patient organisation acquainted him with social sciences and stakeholder engagement. Currently, he acts as EU liaison and strategic advisor for the Vrije Universiteit Amsterdam and Amsterdam UMC.