Exploring societal impact: “Seek advice early on about whether or not your idea is viable.” In this interview, we speak to Mark Post, professor of vascular physiology at Maastricht University and – famously – the man who introduced the world to the first ever burger created in a lab. Alongside his academic work, Professor Post is chief scientific officer at Mosa Meat – the company he founded to bring ‘clean meat’ to the world.

He tells us how he became involved in lab-grown meat research, how he set up his company, and what advice he would give to researchers looking to do something similar.

You started your career as a medical doctor and now your research exclusively focuses on cultured or ‘clean’ meat. How did that transition happen?

It was a winding path! I did a medical degree and started off in patient care. But I very quickly realised that patient care was not my ‘thing’. I’m somebody who’s more excited by developing new knowledge, looking at barriers and frontiers and trying to follow the hard path. And I didn't really find that in patient care. So, I quit and went on to do research and teaching.

From then on I felt I was in the place I needed to be – academic research has allowed me to pursue all sorts of ideas that make me look at what is beyond what we're currently seeing and observing. I think that curiosity is a necessary attribute for every scientist. I loved the fact that I could essentially study whatever I wanted and renew myself and reinvent myself every now and then.

Eventually, I started doing tissue engineering for cardiovascular purposes, making blood vessels for bypass surgery. My inclination has always been a little more towards applied research than very fundamental research, which I think comes from having been a medical doctor – I wanted  to do something that I could see patients benefiting from. In that regard, the societal impact of my research has always been important to me.

While I was working on that, I got acquainted – completely by coincidence –  with someone who said, "Well, you can use the same technology to create meat." And that immediately had an appeal to me, although I didn't quite understand back then how large the societal impact could be.

So I decided to participate in that project, learnt more about it and got more and more hooked by its huge potential societal impact. And also by the fact that this is a research subject which is much more tangible to the public.

The combination of those two factors were the driving force behind me continuing to pursue this line of research. To the point that I’ve now completely converted away from medical applications to cultured meat applications.

After your initial project, you received funding from Google co-founder Sergei Brin to create the world’s first lab grown hamburger. How did that come about?

A big part of the reason this happened was due to media attention. My work was covered pretty extensively by the media because it was of such interest to the public – it captured the public imagination. So if you googled ‘cultured meat’, my name was right there.

At some point, Sergey Brin told his investment manager that he wanted to do something about animal suffering and they quickly came to the subject of cultured meat. From there, they saw that only three or four people in the world were doing research into this – they approached me and asked me what my plans were for the work.

I’d already spent some time with a colleague trying to figure out funding pitches, because our initial project hadn’t received further funding at that time. So I had a prepared answer. I said, "What if we make a sausage from cells from a pig and present it to the public with the pig oinking around on the stage and happily still alive." And of course, I also presented a serious set of research and development goals to actually make it happen.

Being from Google and Silicon Valley, I think the idea of the ‘display’ – the sausage and the pig – really caught their imagination. Within half an hour, the person I was speaking to said, "Well, give me a two pager and we will give you two million Euros to make it happen." So that’s what happened. And of course, along the way it became a burger instead of a sausage, but we still put on a bit of a ‘show’ to display what we had done and capture public attention.

You unveiled the cultured meat burger in 2013 and not long after set up Mosa Meat which is now focused on scaling up the production of cultured meat and getting products on the market. Why did you decide to found a company? And what was that process like?

The first burger cost about 250,000 Euros to make, so obviously that’s not commercially viable. The next step with cultured meat was always going to be to try to bring it to market – to make it a product people could go and buy in the shops, thereby realising the environmental impact.

From the very beginning, we’ve seen the company as a means to achieve that goal and benefit society. Setting up the company was a way to attract funding and to be able to speed up the development process – it’s about trying to make a difference in society sooner.

I could have passed that on to somebody else and let them start the company. But I think there are a couple of key reasons why I wanted to do it myself. First of all, it was another new experience, a new challenge. The other was that I wanted to keep control over the process because I saw that there were a lot of opportunities to mess it up and I didn’t want that to happen.

I reduced my academic activity to 20% of my time focusing on teaching, which made it quite flexible and allowed me to also work at the company. And I’ve been combining the two up until just recently. We just got $55 million of investment in the company, so I now need to seriously focus on that – which has resulted in me having a zero-hours contract with the university.

What do you think are the most important considerations for early career researchers who are interested in setting up their own companies?

A lot of academic research isn’t suitable to start a business from. And I actually think a lot of businesses are started nowadays within universities that don't make any sense to me. In my opinion, you have to seek advice early on, sometimes very sobering advice, about whether or not your idea is viable.

I had the most sound advice from friends and family who are in business and have no association with academia whatsoever. They asked me the difficult questions, like how are you going to produce this? Who is going to buy this product? What's the market like? Where are you getting investment from? Do you really think you’re cut out to be CEO of a company? What do you think a CEO of a company does?

It's about seeking that advice from the external world and leaving the world of academia to get an outside perspective.

Importantly, I think anyone who wants to do this has to have the drive to have societal impact. You have to be passionate about it because it's going to take a lot of energy to combine a company with an academic career.

You’ve mentioned you’ve always been drawn to applied research. But do you think creating societal impact is important for fundamental research, where the applications might not be as immediately tangible to wider society?

Absolutely. I think it's important to get as much interaction with non-academia as you can, no matter your research discipline, because at the end of the day these are the taxpayers – the people who are providing money for your academic work. So I think that engagement with partners outside of academia and with the general public is needed to ensure continuing support for academia.

We need to find ways to make people realise that even if research isn’t immediately applicable, it's building on our knowledge and on our culture and that eventually it could enrich that culture. It’s about telling the story of our research in a way that creates a spark and brings understanding to society.

If you had one main piece of advice for early career researchers who want to make an impact with their work, what would it be?

Try to find out what your passion is as soon as you can. If you're not passionate about what you're doing now, be honest with yourself and change it. I think that's very important.

A lot of people are drawn into careers because people expect it of them, or society expects it of them. But you have to be conscious of how it affects you. If, six out of ten times, you get out of bed in the morning and you look at your day's work as a drag, you should get out and go do something else. Life is too short to spend time on something you’re not passionate about. 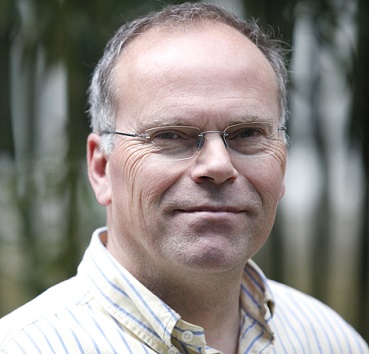 Dr Mark Post, MD, PhD, received his medical degree from the University of Utrecht in 1982 and, at the same University, his PhD in 1989. As a postdoc, he joined Experimental Cardiology (prof C.Borst) to set up a Vascular Biology program. From 1989 to 1996 he was senior investigator at the Royal Dutch Academy of Science. In 1996, dr Post was appointed full time assistant professor in Medicine at Harvard Medical School, Boston, MA and continued research in Vascular Biology and more specifically neovascularization. During that period, he co-founded Biological Therapeutics Consultancy Group, Inc. In 2001, he was appointed associate professor of Medicine and of Physiology at Dartmouth Medical School, Hanover, NH. A year later, in july 2002, dr Post returned to the Netherlands as a professor of Vascular Physiology at the Maastricht University and professor of Angiogenesis in Tissue Engineering at the Technical University Eindhoven. He is currently professor of Physiology at Maastricht University Medical Center. His main research interests are vascular biology and tissue engineering of blood vessels and skeletal muscle. These subjects are studied from their basic molecular aspects and cellular mechanisms up to preclinical models and eventually, patients and consumers. In addition, he pioneered the creation of meat from stem cells and presented the world’s first hamburger from cultured beef in 2013.

As a result, he was awarded the World Technology Award for solutions that benefit the environment at the World Technology Network summit in 2013. Dr Post co-authored 180 papers in leading peer-reviewed scientific journals and received during his career close to 45 million dollars in funding and awards from different sources including government, charity and industry. He has given over 450 invited lectures across the world. He recently co-founded and is CSO of Qorium and Mosa Meat, two start-ups respectively commercializing the technologies to produce bovine leather and cultured meat using tissue engineering. Mosa Meat currently has 60 employees and is scaling up production for future marketing. Dr Post is CEO of Cell2Tissue, a company that aims to develop technology platforms to support a variety of applications of tissue engineering.