World Oceans Day falls on 8 June 2022. Here, we explore the stories behind the latest research into oceans and their inhabitants.

With 71% of the Earth covered by water, a staggering 80% of our oceans remain unexplored due to challenges such as high pressure, low temperatures, low visibility, and more. The oceans help produce at least 50% of the oxygen we breathe, absorb and redistribute more than 90% of naturally and artificially produced heat, and are home to incredibly biodiverse organisms; 91% of which still await to be discovered. Here we share some new research that will help us further our understanding of the oceans’ importance to life on Earth. The organisms feeding the Antarctic Ocean

The Antarctic Ocean is a hostile place to live for many creatures. That said, it is also home to a very diverse community of organisms called diatoms. Diatoms are single-celled algae with cell walls made of silica. As photosynthesising cells, diatoms are the backbone of the food web in the polar oceans.

In a study of evolutionary genomics, Thomas Mock and colleagues explore the genes that help diatoms survive in the inhospitable conditions of the Southern Ocean in a blog post on the Ecology and Evolution Community.

Oceans help us understand the impact of global warming

Tackling climate change continues to be one of the highest priorities of this century. As we look for ways to slow down and reverse the warming of our planet, our oceans are doing the heavy lifting in absorbing and redistributing a significant amount of human-caused excess heat - a whopping 90% of it. This puts oceans in one of the key roles helping us understand and predict the degree of climate change. However, there is a lack of historical data that would help us effectively look back on temperature changes in the deep ocean and inform potential future changes.

To overcome this, researchers Marie-José Messias and Herlé Mercier used oceanic ‘tracers’ to reconstruct some of the measurements from the past. This reconstructed data will help us understand which parts of the ocean will warm more than the others, and thus help build a better understanding of the impact of climate change on the oceans and land. Marie-José discusses more about their study in a blog post on the Earth and Environment Community.

How the Nile Delta lead the development of early agriculture

The Nile Delta, where the Nile River branches out and flows into the Mediterranean Sea, is one of the largest deltas in the world, covering 240km of the Mediterranean coastline. The Nile Delta is not only a representative of the land-ocean interaction, but is also pivotal to our understanding of the development of early agricultural civilisations and human environmental adaptation. In a recent study, Xiaoshuang Zhao and colleagues found that, in the Nile Delta region, herding predated farming by at least 300 years, suggesting livelihood transition from herding to farming likely due to population growth.

Xiaoshuang Zhao discusses the research in more detail in a blog post on the Earth and  Environment Community.

Crabeater seals are picky eaters - their favourite food is Antarctic krill, which is highly sensitive to climate change. Previously, large marine predators were overlooked in marine ecology studies, however researchers have now found that they might hold an important role in observing and predicting changes in marine ecosystems. They were able to project future changes in the ecosystems based on the link between seals and their prey.

Luis Huckstadt writes more about the research and how it can provide more information on environmental changes in a blog post on the Ecology and Evolution Community.

If you’d like to explore more of the latest research, visit the Nature Portfolio and Springer Nature Research Communities. 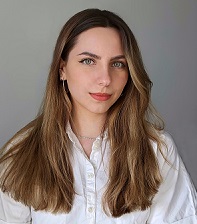 Evelina is a Senior Community Manager for the Nature Portfolio and Springer Nature Research Communities and is based in London. Evelina helps provide researchers an opportunity to share their work with a wider audience in an engaging and accessible way.