When folks at Springer Nature approached me with a request to write an invited blog post, my mind quickly went to what I wish I could tell people that witness racism, in particular in academic institutions. I especially thought of folks who were around when I experienced racism, in an institution where I received most of my academic training, to have understood about how they willingly or unwillingly became part of racial discrimination. Racism continues to plague Science, Technology, Engineering, Mathematics, and Medicine (STEMM) workplaces and beyond. Here I focus on one small aspect of workplace racial discrimination, in particular, to address situations where members of the majority readily accept racist narratives about a group of people from minority communities and act upon them.

People of all colors and backgrounds hold biases, including racial biases. When we acknowledge that we might hold biased views about one group or another, we can consciously work to put them in check, and address their impacts. People who refuse to acknowledge they hold biases perpetuate racial discrimination and harassment consciously or unconsciously. This includes people who think of themselves as liberal, progressive, or race-conscious but readily use stereotypes to insult, dismiss experiences of, and even discriminate against people of color (POC, esp. Black, Indigenous and POC, BIPOC) in their community, accept narratives of the angry black woman; the lazy, dumb, or incompetent person of color, and such.

"When we acknowledge that we might hold biased views about one group or another, we can consciously work to put them in check, and address their impacts. People who refuse to acknowledge they hold biases perpetuate racial discrimination and harassment consciously or unconsciously."

People who easily accept these very racist ideas do so because these stereotypes are part of a convenient narrative, that at least partly agrees with their previously held beliefs. If they didn’t really 100% believe that POC was capable anyway, perhaps, subconsciously, and when a colleague or acquaintance states that the POC next door is incapable, dumb, angry, or doesn’t belong in their space they either quickly embrace it, use these arguments as justification for a discriminating decision, or at least go on their merry way not challenging injustices occurring in front of them. The convenient narrative of the incompetent or angry POC makes it easier to instantly racially profile POC and pass judgment on our intellectual potential, integrity, morality, and truth. The convenient narrative (esp. when it is coming from acquaintances, colleagues, and prominent scientists) goes unquestioned by most folks. And have no question, this is a very hurtful act perpetuated by bystanders who knowingly or unknowingly continue to contribute into making academia a very hostile place for racial minorities.

A particularly hurtful episode of this happened to me in a former institution when I experienced repeated racist attacks and harassment. I tried to report what was happening to multiple folks with authority in the institution after two major acts of overt racism and subsequent loss of a major job opportunity. At the time this was unfolding I was a trainee, i.e. I sat very low in the academic hierarchy to matter to the institution. So, the only people who heard my pleas, realized the extent of my anguish, and did anything about it were my family, friends, and mentors. But, neither the authority figures I directly reported it to or plenty other folks in the institution who witnessed what happened did anything that I know of. Even worse, there were at least a handful of people who knew my side of the story, even knew how hard I had worked over the years I was there, but chose to believe my tormentor who came right out and told me I shouldn’t have a place in the elite institution because of my African background and education (in private and in the presence of multiple of his faculty colleagues), and then moved on to repeatedly cast doubt on my work and achievements for years afterward because he was convinced there was no way I could achieve them (even as I was attending the said elite institution and was later working with three of the top scientists in the field).

I have spent a lot of sleepless nights thinking back to these difficult times trying to understand why no one else, other than those closest to me, did anything to stop what was going on. How it was not possible that they didn’t know the racist undertones of what was going on. To my knowledge, the overwhelming majority of the folks that heard his attacks on me either agreed with him or at the very least did nothing to stop him or even report him. I have to accept the fact that some probably believed him because of one of two reasons. 1) the easiest explanation is that they harbored the same racist beliefs that the geographic place of my birth predetermined my skills and potential. They believed his assertion that I was a stupid African girl with no brains or potential to do the kind of work that needed to be done in their institution. But, I don’t think it is just as simple as that. The alternative explanation is that 2) I think some believed I was not going anywhere in life, so it is just easier for me leave their institution with as little drama as possible – they probably justified this by saying it is for my benefit to not engage with him further or ruffle his feathers as I was a nobody who was trying to establish herself. But, let’s get real, even the most generous interpretation of what I think happened is that they did what they did mostly for their sake so that they avoid confrontation on a topic they would rather not spend their time on. The first explanation lends itself to the argument that whatever I achieved while I was in the institution—completing my course work successfully, probably receiving more research awards (fellowships and grants from federal agencies more than most of my peers, that I know of), and publishing multiple works with multiple groups of collaborators and all by myself (all of these being well-accepted, objective measures of success in the academy and all before taking on an independent tenure track position) must have been because of fraud. This is the convenient narrative that even people who would swear up and down saying they are not racist readily believe about black and brown scholars. We can’t possibly be worthy of the accomplishments we work very hard for in their eyes. This convenient narrative is extremely damaging because not only does it make our paths in the academy difficult, but it also robs us of our successes. As it is, we have to work harder than everyone to receive the same recognition as a member of the majority. But if we do, some put a question mark on our reputation because they can’t possibly accept that we can be good. The narrative of the stupid and/or fraud black and brown scholar is a very convenient excuse for those who don’t think we should have a place in higher education in the first place.

Read the second part of the blog here. 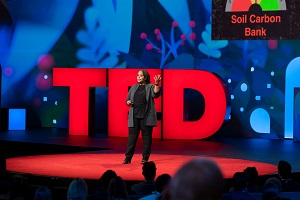