Samira Asgari is a computational biologist whose research strives to understand how human history shapes global genetic diversity. In 2020 Samira won the Scientific Achievement category of the Nature Research Award for Inspiring & Innovating Science, which is organized in partnership with The Estée Lauder Companies. In this interview Samira tells us about how she became a scientist, and the
challenges she has faced as a woman from a developing country, She also describes her hopes for the future and gives advice for the next generation.

I cannot remember a time that I was not interested in science. As a kid, it was the excitement of seeing my mom’s experiments using tools and material that you can find in any kitchen. She has a degree in English literature but her dream had always been to study pharmacology, a dream she couldn’t follow because her family didn’t want her to leave home and study in another city. One of the first experiments she showed me and was how water and tea don’t mix if you saturate the tea with sugar first. It totally blew my 5-year-old mind!

When I was in the second grade my dad started buying me a kids’ weekly magazine called “Keyhan Bacheha” (literally mean kids magazine). Among other things, Keyhan Bacheha published a serial about the life of Iranian scientist Avicenna. Reading the story of his life made me want to become either a scientist or a medical doctor. Later as I grew up I realized, I am much more interested in science and the intellectual excitement and flexibility it offers.

When did you decide to pursue computational biology and what led to that decision?

I started working as a computational biologist for my Ph.D. but the decision was a tough one. When I was considering my choices for a Ph.D. lab I had the option of working for two different labs – Didier Trono’s lab at EPFL in Switzerland which focused on experimental biology or Jacques Fellay’s lab (also at EPFL) which was newly set up, smaller and focused on computational biology. In the end Didier gave me a valuable piece of advice. He said: “Joining my lab is like cooking and joining Jacques’ lab is writing a cookbook”. I am not a big fan of cooking so I joined Jacques’ lab!

What was your experience moving countries from Iran to Switzerland and then to the US?

It has been great so far! Moving to a new country has its own challenges. Similarly, being away from one’s family and loved ones is not always easy, but overall I have had a wonderful experience both in Switzerland and since I moved to Boston. Much of it is thanks to friends and the kind, open-minded, and smart people that I have had the opportunity to work with. In Switzerland the biggest challenge at the beginning for me was the language, almost everyone on EPFL campus and most people in Lausanne speak English but learning French makes life just much easier in day-to-day life. It took me a couple of years to speak French sufficiently well. In the US my arrival was bumpy due to the travel ban, also the work culture here is quite different from Europe and it took some getting used to, but apart from these both moving to Switzerland and to the US have been great experiences that have led to widening my perspective, broaden my network and making me a better scientist.

Which challenges have you come up against in your career so far that are specifically related to being a woman in science?

Despite all the progress that we have made in gender equality, issues like the income gap and the leaky pipeline that prevents women from moving into higher positions in their careers are an everyday reality. I have had my own share of these issues, and more than once I have learned that my male colleagues get a higher salary for doing the same job as I do. I see on a regular basis that women’s success is being attributed to their gender and not their merits and I am regularly given advice that no one would think of giving a man, for example, “show leadership but don’t be too assertive”. But I am also happy that the new generation of scientists, women scientists in particular, are much more aware of these issues and I am hopeful that we will continue to make science a more equitable working environment for all.

Who has been your most important role model in your career so far and why?

There have been so many inspiring people along my career path that I could not cite a single one. I have been extremely fortunate to work with extraordinary scientists whose expertise, knowledge, and thoughtful feedback have guided me through my career. I have had the great fortune of working with successful, bright, and supportive people from all walks of life, each of whom inspired me in their own unique way, some by their persistence, some by their dedication to educate, some by their honesty, and many by their precious friendship.

Which advice would you give to yourself age 10?

This is a tough one, I can just keep rambling to my 10-year-old self about what to do or not to do but these are on the top of the list: 1- Have more fun, in the grand scheme of things finishing a degree a year or two sooner or later doesn’t matter. 2- Learn more non-scholastic skills. 3- If you want a successful career brace yourself for all the failures that lie along the way.

What would you like to tell the next generation of girls and women who are thinking about studying science?

You are the only one who needs to believe in you. This is the best advice given to me and the advice I would like to pass along. Somewhere along the way, people might try to convey that your aims are too ambitious and out of reach for reasons such as your nationality, or gender. It is hard not to listen and to remain unaffected. Such attacks are common and most often indirect. I have not found a way to escape them but I have learned that if you believe in yourself you can build mental references against them. My other advice is to be kind and respectful to everyone along the way, for every person who may want to attack you there are several that want to support you to achieve your goal. Keep an open mind, opportunities are plenty and have many different shapes and forms, they can knock on your door at any moment. Last but not the least, pick a partner who supports you, if you decide to be in a relationship, choose someone that understands and supports your professional goal. I honestly don’t know if I would achieve the same things in my professional life without my husband who supports my career and who is a fair and equal partner in every aspect of our life.

What would you love to have achieved by the time you are 80?

At the age 80, if I reach that age, I would love to be able to look back and tell myself that I did my best to make human genomics a more equitable science for all human populations, to feel that I helped train the next generation of scientists, and above all to know that along the way I have stuck to my values and have been fair, honest, and kind to the people that I have worked and interacted with.

I would like to take this opportunity to talk about a less-discussed issue: the challenges faced by scientists from developing and low-income countries. As an Iranian citizen born and raised in Iran, I have experienced some of these challenges personally. In the international world of science, communication and travel are key to leading a successful career, but coming from a country like Iran can pose serious challenges to career success. When I applied to Ph.D. programs, my success depended not only on my scientific achievements but also having the luck and financial resources to obtain a visa to attend the interviews. In 2016, when after six months I finally got my visa to go to the US as a postdoctoral researcher, I was declined boarding on my Boston-bound flight due to the US travel ban. I was among the first people affected by this order. Through the media coverage of my story – thanks to thousands of Americans who protested the travel ban and Boston-based lawyers who provided me with legal assistance – my third attempt to enter the country was successful. The stress endured during each of these situations could have made me give up, lose motivation, or lead me to an alternative career path. Luckily, all these challenges made me only more determined and persistent to build a successful scientific career so I can help the next generation of scientists from across the world follow their dreams.

The application period for the 2021 Inspiring Women in Science Award is now open! 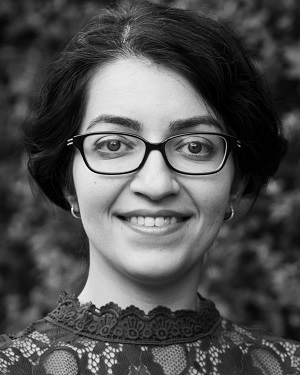 Samira Asgari is a computational biologist whose research strives to understand how human history shapes global genetic diversity and how this genetic diversity translates to phenotypic diversity. She is particularly interested in understanding this genotype-phenotype relationship in the context of infectious disease susceptibility. Asgari was born and raised in Iran. After obtaining her M.Sc. degree from the University of Tehran, she moved to EPFL, Switzerland in 2011 to pursue a Ph.D. in human genomics of infectious disease. In 2017, she moved to the US to continue her research as a postdoctoral fellow at Harvard Medical School. Her postdoctoral work is focused on using statistical and population genetics to investigate how admixture information can be leveraged to learn about a populations’ history and to identify new genotype-phenotype relationships.