The rise of megacities and the rural-urban hybridization of the megacity-regions (MCR) surrounding them have become hallmarks of Asian urbanization. My observation of the unfolding of this phenomenon over the past decades has gradually shaped my belief on the importance and the distinctiveness of the Asian MCR as I became convinced that Asian countries need to find their own unique path to urban regional sustainability and further, that a simple, cohesive, and pragmatic approach can be one way to address this.

The tri-pronged approach that I propose in this volume is a step in that direction. Following retirement after over five decades of research and teaching, I decided to undertake the challenge to try to conceptually articulate and empirically explore this approach, culminating in this book.

The primary purpose of this volume has been to draw attention to the Asian MCR, which I have viewed as a ‘single system city-region’ around a megacity core, inclusive of all urban and non-urban settlements in the region, a smaller scalar entity which, in contrast to the multi-system megaregions, has received limited attention. Based upon my search through the literature and my own observation over decades, I have come to view the entire spatial expanse within the MCR, the ‘spread region’, through a prism of urban-rural interaction. Here is an excerpt from the book:

“It [the spread region] is the stage where the urban-rural interfacing occurs. I see it as both a spatial as well as a temporal entity; process and product—one time-bound, the other space-bound— engaged in a perpetual cyclical dance that plays out across the spaces of the city-regions, keeping these spaces in a constant state of fluidity and flux. Observed throughout the developing world, these spatiotemporal dynamics— shaping and being shaped primarily by the doings of the human agencies [representing all the external and internal, integrating and differentiating forces at play]—are at the heart of the Asian megacity regions as well. The spread regions of the megacity regions provide the stages where these interplays take place.”

With the spread region of the MCR as the backdrop, my approach aims to draw attention to three of the many distinct, yet interrelated strands of discourse that run through the literature, which in my view are of special relevance to the Asian MCR: the uneven and fluctuating intricacies of the urban-rural interfacing that characterize the city-regional landscapes, the multidimensional aspect of sustainability, and the shifting paradigm of scale.

This volume is my effort to articulate these three strands into a coherent vision, along with a concurrent effort to operationalize it in the context of one of the Asian megacity regions, the Delhi National Capital Region (NCR-Delhi) in India.

The profile of the NCR-Delhi, a hybrid and evolving urban-rural megacity region—one of the first and foremost megacity-centered planning regions in Asia—seemed conceptually compatible to my idea of the spread region, which allowed me to undertake an empirical study in line with my three-pronged approach at a disaggregated observational scale. Despite serious data constraints, the results have both conceptual and practical significance. Conceptually, it supported a process-based interpretation of the fluidity and temporality of scale. From a practical perspective, it pointed to new sub-scalar spaces in the making, which may have future planning and policy implications and supported the argument for sub-scalar or micro-scalar examination of city-regional spreads for localized strengths and needs that often transcend jurisdictional boundaries.

I concluded with my vision for a synergistic and cyclical relationship among research, planning, and discursive realms for the Asian MCR. May the conversation continue; it is my honor to be part of it. 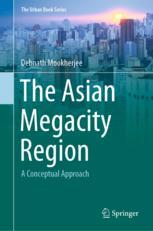 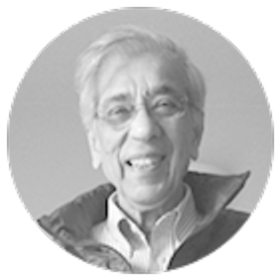 Author of the book The Asian Megacity Region - A Conceptual Approach

Part of the The Urban Book Series

The book offers an in-depth look into the urban dynamics of one of the most important megacity regions of South Asia in the continuum of change from rural to urban, and articulates and applies a pragmatically framed three-pronged approach (trans-urban, scale based, multi-dimensional) towards analysis to sustainable growth management