The Antarctic continent constitutes a unique natural laboratory for studying and understanding the natural history of our planet and gaining some idea of the serious environmental risks we are beginning to face. Even if we see the White Continent very far away, there is a wide spectra of phenomena that depends on Antarctica, especially the climate of the Earth.

This great expanse of sea, rock and ice in continual movement, where the mean temperature does not usually exceed zero degrees centigrade and that remained in virgin state up to the beginning of the last century, has for thousands of years been exercising a decisive regulating role on the global climate of the planet and serving as a home for prodigious life-forms that we are only just beginning to find out about.

Many scientists worldwide have taken advantage of a tacit race on the part of various countries to participate in the development of sciences as multifarious as glaciology, the physical oceanography of its currents, the effects of accelerated climate change, the taxonomy of countless new species and the complex and unknown ecology of organisms that depend on ice for their survival.

The marine biologist Sergio Rossi was called to participate in three polar research campaigns, on board the German ice-breaker vessel Polarstern , the finest in the world.

His new book The Antarctic, due to be published later this year, is the fruit of that exciting experience. In it the author undertakes a detailed examination of fundamental issues related to the white continent: survival in such an extreme climate, the formation of the ozone hole, the effects of climate change on the organisms that inhabit its waters, the ecological deterioration caused by the permanent bases set up there, and the possibility (and dangers) of economic exploitation of the vast resources of all kinds that are concealed in the Antarctic. Very fast changes have shacked this remote area of the Planet, and now we are witnessing a pronounced transformation with unknown consequences for the rest of the Biosphere.

Having always been fascinated by these singular landscapes, Sergio Rossi also reconstructs some of the episodes that have marked the exploration of these territories, such as the dramatic race between Amundsen and Scott to conquer the South Pole, and Captain Shackleton’s odyssey to save his crew from certain death. Such descriptions are mixed with personal experiences, wrote to engage people to admire and be much more conscious of the importance of one of the last frontiers for all of us.

The book leads us on an entertaining overview of all the problems and opportunities that the planet’s most forgotten continent offers. A remote mass of ice upon which our future as a species depends and which we cannot continue to ignore for much any longer.

Sergio Rossi is a research scientist specializing in marine natural resources and biological oceanography. His research focuses on Marine Biodiversity and Global Change.

Sergio Rossi also developed third-generation biofuel (marine microalgae) applied protocols, using all the above-mentioned knowledge and a wide network to make a realistic approach to this energy alternative. Lastly, but just as important, is his job as a science journalist, reflected in his collaboration with several journals and magazines, as well as in the publication of eco-thrillers and books for children.

He has described and promoted the Marine Animal Forest concept, extensively explained in two books published by Springer Nature: Marine Animal Forests: The Ecology of Benthic Biodiversity hotspots (2017) and Perspectives on the Marine Animal Forests of the World (2020), and now part of the IUCN biome description. Oceans in Decline is a recent critical essay book, a good example of his efforts to communicate science to a wide audience in a rigorous, but easily comprehensible way. 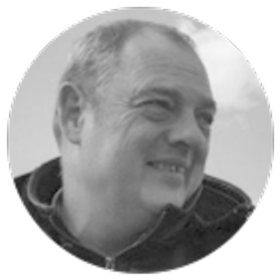 His new book on the Antarctic will be published later this year. 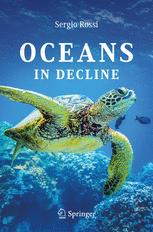 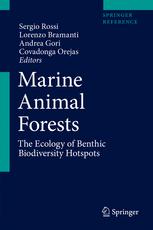 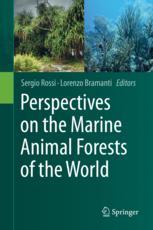