In honour of Global Goals Week (17-26 September), we’ve launched a new SDG 13 hub dedicated to global warming mitigation and our better adaptation to the changing environment under rapid climate change. As a part of this initiative, we spoke to several opinion leaders about how they address issues directly related to Sustainable Development Goal (SDG) 13 through their work as well as their experience in making societal impact beyond their academic circles.

In this interview we hear from Jale Tosun, Ruprecht Karls University of Heidelberg and Editor-in-Chief of our new open access journal Climate Action.

I started to work on SDG13 in 2012 when I was invited to join some of my colleagues in preparing a proposal which eventually resulted in an international network of excellence called “Innovations in Climate Governance: Sources, Patterns and Effects” (INOGOV)  funded by COST (IS1309; 2014-2018). This scientific network familiarized me with the work of Elinore and Vincent Ostrom and the concept of polycentricism, which overarching conceptual framework of INOGOV. Since then I have engaged intensely with this concept and its applicability to climate change governance. Polycentric governance offers a positive narrative in the sense that climate action taken even at the lowest level of a governance system matters and can stimulate climate action of a wider scope. Thus, action taken by any actor in any system has the potential to the contribute to the goal of curbing greenhouse gas emissions and limiting global warming.

Researchers must be proactive when they are keen to see their findings to inform policy decisions. They need to reach out to policy makers and create opportunities for collaboration on an equal footing. Most will think of a setting in which researchers do research and then communicate the findings to policy makers. This format is practiced widely and it has proven to be productive. But there also exist alternative forms, which hold an even greater promise for impact. For example, I had a great experience in offering Master’s classes which I taught together with representatives of local government. The students appreciated this format and so did the practitioners since this gave them an opportunity to present real-life climate-related issues and to reflect on these together with us. In fact, I do see a lot of potential in engaging with policy makers at the local level and establishing a more long-term collaborative arrangement with them.

How does the new open access journal Climate Action play a role in terms of connecting the science with policymaking and responsible businesses?

First and foremost, it will be accessible to everyone and everywhere around the globe, which is a necessary condition for an inclusive and unbiased conversation between scientists, policymakers, civil society, and businesses. Climate Action will provide scientifically sound research, which is the currency of scientists and another necessary condition for facilitating an impactful exchange between scientists and other stakeholders. Climate Action is not the only journal that offers research findings that can inform climate action, but its approach is still unique as it is committed to using an accessible language free of jargon and the authors submitting their work to the journal will be aware of this and ensure that they draft their research to facilitate climate action. As the editor-in-chief, I will do my best to anticipate emerging issues by liaising with both researchers and practitioners. This will give the journal a chance to take a leading role in upcoming academic and public debates. It is also important to stress that Climate Action will not only publish research on actors but establish a sustained dialogue with them to function as a quasi-observatory of climate change related issues that are in search of solutions. Climate Action strives to collaborate with a wide range of stakeholders. For this reason, Climate Action accepts two types of manuscripts that explicitly aim to enable the engagement of practitioners: Perspective articles and Case Studies.

Public engagement of researchers mostly takes the form of participation in round tables and similar discussion formats. These formats are useful to start a conversation with local communities and policy makers, but it is not the most impactful form of interaction. Researchers are more likely to bring about acclimate action if they provide an accurate analysis of an issue and then design a research program that involves citizens and civil society actors, but not only as a subject of analysis but for achieving co-production. There exist numerous ways for attaining this – one of the forms that have recently received considerable attention is citizens science. If researchers manage to come up with a research design in which citizens collect scientifically valid data but at the same time can use this exercise to reflect on their own behavior, then this is likely to have visible societal impact.

What are the short- and long-term goals of your work with SDG13?

At the Heidelberg Center for the Environment (HCE), my colleagues and I have worked on the question how the availability of high-resolution data can stimulate climate action. Our premise is that the technological advances allow for producing data that could show that measures implemented at the city district level (e.g. an increased number of charging stations for electric vehicle) have an impact on greenhouse gases. Therefore, at the HCE, we are interested in capturing the mechanisms of how very granular, so-called hyperlocal data can impact individuals, NGOs, public administration, and politicians. This research line is something my colleagues and I are in the process of developing as a long-term goal of our collaborative work. The main short-term goal of my work aims at understanding which elements of democratic governance are conducive to climate action. This question I evaluate together with my colleagues based at the University of East Anglia, Norwich, and the Tindall Center for Climate Change in the context of the DeepDCarb project (“Deep Decarbonisation: The Democratic Challenge of Navigating Governance Traps”; Advanced Grant of the European Research Council; Grant ID: 882601; 2021-2026).

In my view, it is important that climate action needs to be integrated into other sectoral policies. Both research and policy making has concentrated on the decarbonization of the energy sector and that with very good reason. However, we can only deliver on SDG13 and the SDGs in general if we acknowledge that the various issues related to sustainable development are interconnected, and therefore for resolving them we need to think more holistically. It is time to move beyond the energy sector with climate action and turn to other ones, which may be more difficult to tackle such as agriculture or mobility. Thus, I would like to see a better integration of climate-related aspects into sectoral policies as the next step towards implementing SDG13. Climate impact assessments provide an apt policy tool for attaining this kind of cross-sectoral policy integration, but there exist many more procedural and substantial policy tools that are worth to be experimented with. 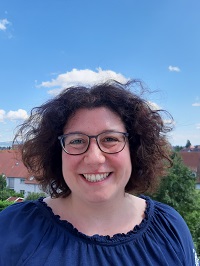 Jale Tosun is professor of political science at Heidelberg University, Germany. She completed her doctorate at the University of Konstanz in 2009 and worked there as a researcher till 2012. In 2012 and 2013 she was a research fellow at the Mannheim Center for European Social Research. She then became an assistant professor at Heidelberg University in 2013 and was promoted to a full professor in 2015. She is the editor-in-chief of the newly launched journal Climate Action as well as an associate editor of Policy Sciences and the executive editor for special issue of the Journal of Comparative Policy Analysis. Her research concentrates on comparative public policy, international political economy, comparative public administration, and European integration.