Over recent years, governments of wealthy countries have required research funds to be increasingly directed towards addressing societal challenges. Researchers and their institutions are often finding it a challenge to respond, but here I want to highlight how progress can be made.

But the shifts in governments’ attention towards research that directly addresses societal challenges, and major increases in philanthropic research support with similar motivations, present major opportunities for research communities. So how might researchers and institutions best rise to that challenge?

There are obstacles to be recognised. It is difficult to develop a strategy if there are no ways of measuring the baseline and future achievements. In academia, it is accepted that citations of individual papers are a measure of their scholarly importance, even if they do not tell the whole story. But the impact of research beyond academia is much more difficult to track.

Quantitative measures of impact beyond academia are increasingly available, but are very patchy and need great caution in their interpretation. For example, there are now databases of policy documents that allow tracking of their citations of academic literature. However, this is much less consistent as an indicator than academic citations. There is no culture - let alone obligation - for policy makers to cite academic papers in their documents, or even to publish such documents at all.

There are ways of using search terms and text analysis to detect the relevance of papers to societal challenges such as the UN’s 17 Sustainable Development Goals. These do not reveal the take-up of such papers by non-academics. But they do at least allow the tracking of societally-related trends in academic outputs.

Whatever the strengths of such indicators, in the end there is surely no substitute for qualitative evidence for a researcher’s societal impact. Whatever their discipline, academic researchers can show where they have given evidence in public consultations, where they are mentioned in public discussions and reports, or cited in best-practice guidelines and standards. They can demonstrate where their work has been implemented by others in software. Also importantly, they can solicit testimonials from stakeholders when the interactions have been less public.

It is not an unreasonable expectation for researchers to gather and display such evidence and to ask stakeholders who have benefited from their skills and their work to supply it. But few researchers or institutions do this. And in general, society is poor at publicly acknowledging the importance that particular research insights have had on policy and on businesses. So this culture of societal credit for researchers needs to be encouraged.

If a government wishes to go further and request such efforts systematically, and also some degree of peer validation, they need to invest substantially, as has been demonstrated (I would say successfully) by the UK government in its Research Excellence Framework.  This ‘REF’ is a national assessment of research outputs that is under way now. It is using an approach that it initiated in the last REF in 2014, requiring institutions to submit case studies of external impacts, separately from academic outputs (a database of about 7000 impacts case studies from the 2014 REF can be found here.)

Strengthening research for societal challenges also requires another change from traditional research culture. It requires support for stakeholder engagement and ‘co-production’ by researchers, at all stages of the research process.

The chances of having an impact with research intended to make a direct difference can be greatly enhanced if those who they are intending to influence or impact are consulted or even invited to participate from the outset, when the project is framed and designed. The research questions or hypotheses and the scope and validity of interpretations of the results can all be directly enhanced by such collaboration and participation with stakeholders. Such approaches have been taken in public health research, for example: with indigenous population groups, and with sufferers of mental illness.

All of this reflects not only a need for researchers to pursue and document actions but also the necessity for a cultural shift in research engagement, accountability and credit by them and their stakeholders and beneficiaries. These come with burdens in the additional tasks – but also, if properly supported by funders, with great benefits for researchers and for society. 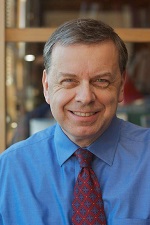 Sir Philip Campbell has been Editor-in-Chief of Springer Nature since 2018 and previously served as Editor-in-Chief of the journal Nature between 1995 and 2018. Prior to this he was the Founding Editor of Physics World in the UK and Physical Science Editor for Nature. Sir Philip received his PhD from the University of Leicester and his doctoral and post-doctoral work was on the physics of the ionized upper atmosphere. He has worked with multiple international organizations including the UK government, the EU and the US National Institutes of Health on science and its impacts on society.