Here Taikan Oki of the University of Tokyo explains how the SDGs must be achieved through interdisciplinary research and greater collaboration with society.

How does your research relate to the SDGs (and which SDGs in particular)? What significant papers or books have you published concerning the SDGs?

As a global hydrology researcher, I have published many papers on topics such as the world's freshwater resources, global hydrological cycles, and virtual water trade, including a well-organized paper that appeared in Nature Sustainability in spring 2019.

Based on a literature review of over 100 articles, this paper describes the reasons for early attainment of the drinking water goal of the millennium development goals (MDGs), which preceded the SDGs. We concluded that the main factors of the attainment were the realistic target of halving the population without safe drinking water, the indicator of "access to improved sources," and water infrastructure improvements due to economic development in China and India. The lessons of this study should be helpful in considering how to make the current SDGs more feasible.

As Senior Vice-Rector of United Nations University, I participate in the UN High-Level Political Forum on Sustainable Development, in which each country reports annually on its efforts to attain the SDGs. Many persons who took part in formulating the SDGs are involved in this forum. In hearing from them about various discussions that led to the SDGs, I have realized that rather than scrutinizing the details of the SDGs, which have a complicated format of 17 goals, 169 targets, and 232 technical indicators, it is more important to understand the purpose of the 2030 Agenda for Sustainable Development (Agenda 2030). After all, the SDGs are the goals stated in Agenda 2030, and it is Agenda 2030 that recognizes the problems underlying the SDGs and indicates directions the world should pursue in the future. I co-authored a book called “SDGs no Kiso (Basis of the SDGs)” (Graduate School of Project Design, 2018) to explain the purpose of Agenda 2030 to the general public including researchers, as well as a booklet titled “Business Insights from the SDGs Corporate Strategy Forum” to explain it to business leaders. In research related to the SDGs, how important is transdisciplinary (beyond interdisciplinary) collaboration? And what is needed in order to accomplish that effectively?

My area of specialization, civil engineering and infrastructure science, is essentially an interdisciplinary endeavor. As an example, let's consider that 200,000 people need to get from Tokyo to Osaka for 500 km (300 miles) every day. If the demand is to be met by rail instead of cars and planes, it will not be merely a matter of building bridges, digging tunnels, and laying railroad tracks. All sorts of applicable technologies will be used, including stable power supply systems, railway cars that are suitable for bullet trains, and developing the materials to make them. We will use economics to evaluate the cost effectiveness of projects, and psychology to design a comfortable ride. The idea is not to focus on applying a specific discipline as a means, but to consider which disciplines can be used to achieve goals. This naturally results in interdisciplinarity.

Moreover, a transdisciplinary approach is built in from the very beginning, because decisions about the need for civil engineering work and the methods to be used cannot be based only on whether they make sense academically. National and local government agencies, businesses, local residents, and other stakeholders all have their own opinions, and these matters can only be resolved through discussions. Still, a researcher who is only committed to consensus building will have trouble producing academic results. For myself, I find it necessary to address this separately from academically rigorous research that can be written up and published.

I'm not saying that transdisciplinary work has no value for a researcher. As an expert in water, climate change, and sustainable development, I am invited to speak in many non-academic settings. This work is another way I can make a positive contribution to society as a researcher, but that isn't all. I also receive a shower of new information concerning other fields and sectors when people respond to my talks by telling me, for example, "That wouldn't apply in my industry," or "Here's a problem I'm facing in my field." Sometimes their feedback can give me new research materials or inspiration. That was exactly what led to the paper on achieving the drinking water goal of the MDGs that I mentioned earlier. When I found out that targets had been met ahead of time not only for water but also for poverty, I wondered why the issues of water and poverty were being addressed so quickly and decided to look into it.

What should be done to encourage more younger researchers to get involved in research related to the SDGs? Please share your advice for young researchers who want their work to have an impact on society.

First of all, I'd like to point out that becoming a researcher is not the only way to make an immediate contribution to society. Social entrepreneurship is another option. Society will benefit if capable individuals play an active role in many areas of society, not only in the academic sphere.

For young researchers who want to make a difference in the world through their research, I would suggest aiming first to achieve high standing as a researcher in some field, even if this seems like a detour. They may want to start doing research that will benefit society right away, but it isn't likely to draw much attention. They need to begin by publishing solid research findings in suitable journals of their respective fields and developing the expertise and track record that will win the trust of the academic community. When their scholarship is recognized by society, people will listen to them and they can play a role in building a better society and helping to make a difference in the world. 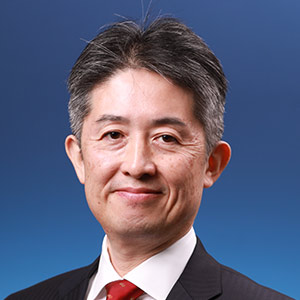 Taikan Oki is Special Advisor to the President and Professor at the Graduate School of Engineering, The University of Tokyo. He is also the Senior Vice-Rector of the United Nations University and Assistant Secretary-General of the United Nations. His research specializes in global hydrology, climate change, and the sustainability of world water resources, including virtual water trade and water footprints. He was one of the Coordinating Lead Authors for the chapter “Freshwater Resources” of the Fifth Assessment Report of the Intergovernmental Panel on Climate Change.