The open access book Achieving the Paris Climate Agreement Goals has reached 284,000 chapter downloads and has been reviewed as a book that "provides the vital missing link between renewable energy targets and the measures needed to achieve them" and "an essential read for anyone who is responsible for implementing renewable energy or climate targets internationally or domestically".

We spoke to the Editor, Dr. Sven Teske.

Springer Nature: Could you share a short introduction to your OA book? What were you hoping to achieve with your book?

We wanted to provide comprehensive global and regional practical pathways of how to achieve the Paris Climate Agreement goals; what needs to be done technically and politically to implement those. We hoped the book would provide a new and inspiring perspective for the energy and climate policy debate in various countries and on the global level. On a personal level, I am conscious of the environmental damage my generation has done to the planet. My motivation was to assist the next generation to mitigate and to learn from our mistakes, so it is with great pride that the book carries a dedication to my son Travis.

We conducted this research in an effort to help mitigate climate change and we knew that reaching as large an audience as possible was important to meet that goal. My experience over the past years is that a paywall represents a significant hurdle to reaching a wide audience, so that’s why we chose open access.

We were working on our energy decarbonization pathways and climate analysis with a large interdisciplinary team in Australia, the USA and Europe which was funded to a large extent by the One Earth Project of the Leonardo DiCaprio Foundation. Once we decided in favour of the open access model, the Foundation expanded the grant accordingly.

The Leonardo DiCaprio Foundation contacted me several years ago due to my previous body of work around energy scenarios and global climate mitigation strategies. We wanted to create a technical, practical pathway as to how the Paris Climate Agreement goals could be achieved. The Foundation has always supported open access, with a focus on high quality information. We really enjoyed working with OneEarth as they value scientific research and understand the importance of communicating those results widely.

Why did you choose to publish this book with Springer?

I have been a scientist and engineer for more than 25 years, and for all of that time I have referred to numerous high-quality technical Springer published books. So given Springer’s reputation and reach, it was an easy choice. In this era of fake news and multiple online sources, it is now more important than ever to provide quality information from established reliable sources.

By removing as many barriers to access as possible, it has increased the readership and reach of the book. It means not only can people access the book, but also share it far and wide through their networks and social media. To have a good concept is one thing. To get the information to people is something very different.

We have experienced an overwhelming wave of positive feedback from our readers. Many students and government officials from developing countries contacted us. Open access has certainly helped to broaden the audience and to reach out to people who would not necessarily buy a thick technical book.

How did you promote the book?

I have presented the findings of the book at global conferences. We used the traditional mainstream and social media outlets as well as webinars and podcasts which are becoming increasingly popular – also in the scientific community. Last but not least, we had the star power of Leonardo DiCaprio who kindly wrote the Foreword of the book. It was not one measure which brought success; it was the sum of all of them. It’s been a lot of work over a longer period of time from a dedicated team.

As a scientist I know it can be difficult sometimes to share your research outside of the usual academic readership, for fear of misinterpretation and/or criticism, but I would encourage more academics to publish open access. It increases both the scientific reach of the work and also your own academic impact factor. On a practical note, choose a subject which has high relevance for your target audience and think about a memorable title. Our book was about achieving the Paris Climate Agreement Goals. And that’s why we called it exactly that.

The original interview was originally published in The Source in 2020, and updated in November 2021 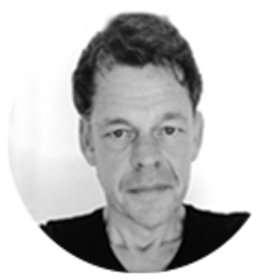 Research Director at the Institute for Sustainable Futures, University of Technology, Sydney, Australia

“We conducted this research in an effort to help mitigate climate change and we knew that reaching as large an audience as possible was important to meet that goal. My experience over the past years is that a paywall represents a significant hurdle to reaching a wide audience, so that’s why we chose open access.”