How to communicate your research more effectively

Whether you're giving a conference talk, writing a grant, or explaining your work to a family member, the ability to effectively communicate about your research is an essential skill for an Early Career Researcher (ECR) to develop. Read on for our interview with science writer Stephen S. Hall to learn how he helps researchers improve their communication skills, and why that matters. Stephen S. Hall has been reporting and writing about science for decades. For the past ten years, he's also been helping researchers at New York University improve their writing skills through the school's unique Science Communication Workshops. In our interview below, he explains why the public deserves good science communication and offers some tips for how researchers can make their writing clear and engaging.

How would you describe your role as a science journalist?

I’ve always made a distinction between "science writer" and a writer who happens to be interested in science. That may sound like wordplay, but I think it captures what we aspire to do. Even as specialists, science journalists wear several hats: we explain, we report, we investigate, we step back and provide historical context to scientific developments to help people understand what’s new, why something is controversial, who drove a major innovation. And like any writer, we look for interesting, provocative, and deeply reported ways to tell these stories.

I know you from the science communication workshop that’s offered to NYU graduate students. One of the most important things that I got out of the workshop, at least initially, was training myself out of the stuffy academic voice that I think a lot researchers fall into when writing academic papers. Why do you think scientists fall into this particular trap, and how do you help them get out of it?

Scientists are trained—and rightly so—to describe their work in neutral, objective terms, qualifying all observations and openly acknowledging experimental limitations. Those qualities play very well in scientific papers and talks, but are terrible for effective communication to the general public. In our Science Communication workshops at NYU, we typically see that scientists tend to communicate in dense, formal and cautious language; they tell their audiences too much; they mimic the scientific literature’s affinity for passive voice; and they slip into jargon and what I call “jargonish,” defensive language. Over ten years of conducting workshops, we’ve learned to attack these problems on two fronts: pattern recognition (training people to recognize bad writing/speaking habits and fixing them) and psychological "deprogramming" (it’s okay to leave some details and qualifications out!). And a key ingredient to successful communication is understanding your audience; there is no such thing as the "general public," but rather a bunch of different potential audiences, with different needs and different levels of expertise. We try to educate scientists to recognize the exact audience they're trying to reach—what they need to know and, just as important, what they don't need to know.

What are some other common mistakes that you see researchers making when they’re trying to communicate about their work, either with each other or with the public?

We see the same tendencies over and over again: vocabulary (not simply jargon, but common expressions—such as gene “expression”—that are second-hand within a field, but not clear to non-experts); abstract, complicated explanations rather than using everyday language; sentences that are too long; and “optics” (paragraphs that are too long and appear monolithic to readers). We’ve found that workshops are the perfect setting to play out the process of using everyday language to explain something without sacrificing scientific accuracy.

Why is it important for researchers to be better communicators?

Scientists need to learn to tell their own stories, first and foremost, because society needs their expertise, their perspective, their evidence-based problem solving skills for the future. But the lay public, especially in an era where every fact seems up for grabs, needs to be reminded of what the scientific method is: using critical thinking and rigorous analysis of facts to reach evidence-based conclusions. Scientists need to excite the public about their work in part because the public is paying for it, and in part because science has very important things to say about some of the biggest problems society faces—climate change, medical care, advanced technologies like artificial intelligence, among many other issues. As climate scientist Michael Mann said in a celebrated 2014 New York Times OpEd, scientists can no longer stay on the sidelines in these important public debates.

As a science journalist, part of your job is to hunt for interesting stories to tell. How can scientists make their work more accessible to people like you—or to other people outside of their specific area of research—so that their stories are told more widely?

The key word in your question is “stories.” Think like a writer. What’s the story behind your discovery? What were the ups and downs on the way to the finding? Where does this fit into a larger history of science narrative? Was there a funny incident or episode in the work (humor is a great way to draw and sustain public interest)? Was there a conflict or competition that makes the work even more interesting? Is there a compelling historical or contemporary figure involved that will help you humanize the science? It's been our-longstanding belief that scientists have a great intuitive feel for good storytelling (we incorporate narrative training in our workshops), but just don’t think about it when it comes to describing their own work. The other key thing is to explain why your research matters.

One of the ways that many researchers try to share their work is through Twitter, but I noticed that on the NYU website it says you’re a Twitter conscientious objector. Why is that? What effect do you think Twitter has had on science communication and journalism in general?

I actually think Twitter can be a great tool for science communication, and many of my colleagues use it deftly. I tend to gravitate toward stories that everyone is not talking about, so Twitter doesn’t help much in that regard. The larger reason I’m a Twitter “refusenik,” as my colleague Dan Fagin sometimes calls me, is that I think the technology has been widely abused to disseminate misinformation, intimidate enemies, and subvert democratic norms; I don’t use it primarily for those reasons.

Are there any other tips that you can offer researchers who want to be better communicators and just aren’t sure where to start?

One first step might be to see if your institution offers any communication training and to take advantage of those programs; if not, think about how you might establish a program. We’ve posted a few of the things we’ve learned at NYU on our website; we’ve also established a publishing platform for science communicators at NYU called the Cooper Square Review, which is a good way for scientists to get experience publishing their own work and reaching a larger public.

Stephen S. Hall has been reporting and writing about science for nearly 30 years. In addition to numerous cover stories in the New York Times Magazine, where he also served as a Story Editor and Contributing Writer, his work has appeared in The New Yorker, The Atlantic Monthly, and a number of other outlets. He is also the author of six non-fiction books about contemporary science. In addition to teaching the Science Communication Workshops at NYU, he also teaches for NYU's Science, Health and Environmental Reporting Program (SHERP) and has taught graduate seminars in science writing and explanatory journalism at Columbia University.

Click here to learn how Springer Nature continues to support the needs of Early Career Researchers. 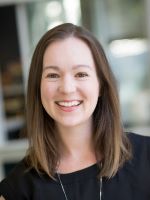