Preprints’ role: Global pandemic and beyond

Although peer review is crucial for the validation of science, the ongoing pandemic has clearly demonstrated the speed at which preprints can disseminate information during emergencies and has placed a spotlight on “community peer review” and early collaboration. Preprinting has become an essential channel for immediately communicating research, which—in the midst of a global pandemic, when time is of the essence—is key. The interview was conducted by Phillip Bogdan, Communications Manager at Research Square. 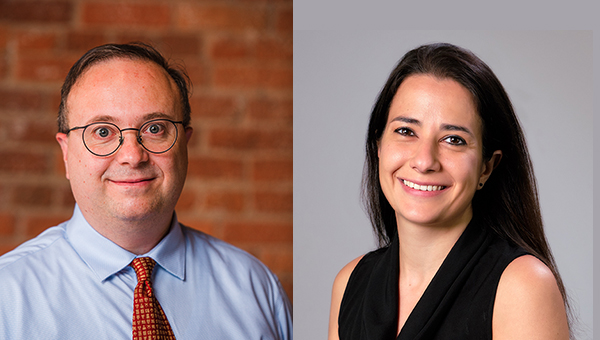 Preprints have been called very much to the fore as part of the global response to research dissemination in the pandemic. What submission trends have you seen?

The very first preprints we saw in early February came in as part of the In Review journal submission process for a number of journals in the Springer Nature portfolio that we have partnered with to offer a preprint while the paper is under consideration at the journal. But as February progressed, we started seeing more and more papers submitted directly to our platform. People were obviously just trying to get the information out to the public as quickly as possible and not necessarily aiming to publish it immediately. We’re a relatively new preprint option, so before the pandemic, we did not have many direct submissions like these, but by March, our submission volume had increased more than fourfold.

Many authors are discovering this option now through programs like In Review at Springer Nature, which couples optional preprint deposition with the normal submission process.

How has the way the virus has been researched changed since the start of the pandemic? Did any themes stand out?

At first, a lot of the papers were about the structure of the virus itself—characterization of its proteins. We got some that speculated about the exact origins of the virus based on its genetic sequence. We got a lot of papers about how the disease manifests: lists of clinical symptoms and images of ultrasound and CT scans. Then we started seeing a lot of studies attempting to model the future spread of the virus under different policy conditions and epidemiological papers looking at the dynamics of transmission and how the pandemic has interacted with other aspects of public health—like mental health—in different populations. We have seen a handful of preliminary vaccine studies and many about potential treatments too. We received a glut of molecular docking studies, which essentially use computation to predict the efficacy of a drug or compound solely based on how it’s expected to interact with the virus given its crystal structure. These studies are important to conduct but very speculative, and so the likelihood of them panning out clinically is not high. Some preprint servers have made the decision to stop accepting these studies just due to their high noise to signal ratio, which is understandable. We continue to accept them, but do take into account whether they have been appropriately qualified in the interpretations of the study.

Do you think author perceptions, and those of the wider research community towards preprints have changed as a result of the pandemic?

This pandemic has really super-charged a sea change that was already underway. Researchers were already beginning to see the benefits of sharing their work before submission, and then this catastrophic event happened. This is the kind of urgent problem that can only be addressed with global cooperation between scientists. Preprints have largely removed the barriers to that. Most publishers made COVID-19-related research open access pretty much from the beginning because many felt it was unethical to keep that information behind a paywall. As soon as that happened, I remember people on Twitter asking “Why is it unethical now for this disease but not before for other diseases?” It’s a good question, and I think people have started thinking similarly about preprints. If it makes sense during a pandemic, why not during “normal” times? Why not always share faster, open new doors to collaboration, get feedback sooner? Another thing that has fueled this change is that funders offering fast grants for COVID-19 research have mandated preprinting research output that they’ve funded, and several major publishers have either mandated or strongly encouraged that preprints be deposited for any submission they’re considering. These things are totally unprecedented and have really impacted researcher behavior.

[J]ournal integration really differentiates us from most other preprint platforms. We’ve made preprinting a natural extension of the publication process for authors submitting to those journals. So, there is a clear endorsement of the practice from the journal, which has helped normalize the practice for those authors.

As preprints have grown, what are the typical deciding factors behind an authors’ decisions to publish on a preprint platform like Research Square?

I don’t have great data to support this, but it seems that authors who have “discovered” preprinting are more or less defaulting to it. So if they’ve got new results to report, posting a preprint has become a natural first step once they’ve wrapped up their manuscript. Many authors are discovering this option now through programs like In Review at Springer Nature, which couples optional preprint deposition with the normal submission process. I think there is a lot of variation in uptake geographically and by discipline and even sub-discipline.

Awareness and normalization is a big part of this. There are definitely still people who are concerned that posting a preprint actually puts you at greater risk of being scooped or that it jeopardizes your ability to publish in a journal. And, frankly, there are still journals that don’t accept papers that have been posted as preprints, and there are cases where journals will automatically reject a paper that has been flagged by their plagiarism software (because of overlap with the preprint), even when that journal has a permissive preprint policy. So, these sorts of out-of-date structures are reasonable deterrents for authors who might have an interest in preprinting, especially if they are early career researchers and have more at stake. It’s unfortunate because ultimately these are the same individuals who could really reap the benefits of coining an early DOI that they can cite in their grant applications and collect feedback from a diversity of other scientists.

Preprints, with their open nature have been perceived as accepting research that isn’t as high quality as its peer reviewed published counterparts—as they host “all” research. Are there any considerations put in place in terms of what gets accepted or not, both in terms of the global pandemic and more generally?

Preprints are meant to support a vibrant research culture. We are all aware of the lag that often accompanies traditional publication routes, and preprints are one mechanism to address that pain point. Being openly available, immediately, they support peer on peer engagement, collaboration, and early access to research findings. This model involves making the barriers to entry much less restrictive and attaching a caveat emptor.

That said, all manuscripts are screened to ensure the content is appropriate for posting as a preprint. We don’t post papers that read as pseudoscience, ones that don’t have appropriate ethical statements, or studies that could lead to harmful behaviors. In the case of the pandemic, yes certain considerations were and are taken into account. The level of political controversy surrounding the science during this pandemic has impacted our approach to screening would-be preprints. We are mindful of studies that could feed into conspiracy theories or existing controversies. We have also held off on posting papers overtly suggesting lab origins of the virus and studies or those that suggest very unconventional treatments for COVID-19. Some of them have been about treatments that could be self administered and potentially very dangerous to the patient. About a month ago, we had one suggesting negative interaction with the flu vaccine. That’s a conclusion that could really fuel the anti-vax campaign, so it really needs a careful review of its methods and statistical analyses before it’s shared.

Given how charged the environment has become and because we know every new piece of research is getting a lot of eyeballs, we have to weigh whether the benefits of sharing papers early clearly outweigh the risks. Those studies may well be valid, but in some cases, we feel that the right course is to wait until they get more scrutiny.

Your platform now integrates with journal editorial workflows. What impact does a model such as this have on the platform and preprints?

It affects us in a number of ways. Most importantly, journal integration really differentiates us from most other preprint platforms. We’ve made preprinting a natural extension of the publication process for authors submitting to those journals. So, there is a clear endorsement of the practice from the journal, which has helped normalize the practice for those authors. Papers that don’t get accepted to the journal they submitted to end up with an unassociated preprint. The hope is that this really helps authors with those next steps. They’ve established the primacy of the work. And now they can continue to get feedback from other researchers. They can tap into our tools and services to improve their manuscript. And then, of course, they can post new versions of the preprint as they incorporate all that feedback. From an editorial perspective, getting papers as part of a journal’s submission process means that we can rely on the journal’s quality control processes for some of the screening, which allows us to focus more of that scrutiny on papers being directly submitted.

What’s next for preprints?

What I hope we’re seeing now is the beginning of a new era in scholarly communication. This era is one where research is disseminated first and then evaluated and curated based on discipline and perhaps impact. I hope we are moving away from the binary categorization of research: published vs. unpublished. Science isn’t ever binary, so its evaluation shouldn’t be either. A study can be assessed on many different criteria, and in an ideal world, readers should get that context when they look at an article that they are not equipped to judge on their own. With preprints, there is potential for a more robust and transparent process of evaluation and a much richer output. It’s not going to be easy. The institutions that have supported the existing system have very deep roots, and they will need to shift in order for these new models to grow. But I believe better ideas always win in the end, and this one will too.

Michele Avissar-Whiting, Ph.D., is the Editor-in-Chief of Research Square. She brings a strong background and perspective to the newly created role, having received her Ph.D. in Medical Science from Brown University and being a powerful driving force in the company since November 2011.

Learn more about In Review here.