Our cities are 'naturally challenged': here's why

Lockdown has been a time when many have appreciated the urban nature around us. Maybe it has been noticing the weeds growing through the cracks in the pavement or hearing birdsong that couldn’t be heard before. Many more people have been visiting parks, which have provided much needed respite from the challenges lockdown has brought.

We have long known about the health and wellbeing benefits of urban green spaces – and Covid-19 certainly demonstrated how urban green spaces are an essential service. So why are there still longstanding problems in accessing, funding and managing our parks and green spaces? A new book (published by Springer), which I edited with Dr Julian Dobson at Sheffield Hallam University, aims to answer this question.

Our new book 'Naturally Challenged: Contested Perceptions and Practices in Urban Green Spaces' sheds light on why the health and wellbeing benefits of urban green spaces jar with the asset management approaches that view public green spaces as liabilities. With contributions from international green space management experts, the book demonstrates that it depends on how the wellbeing benefits of urban nature are analysed and valued.

How much more evidence do we need to invest in green spaces?

We know green spaces are good for us. The evidence is overwhelming. So why don’t we invest in what we know to be healthy and helpful, when we can find £522 million to subsidise people who want a meal out?

In case there’s any doubt about the evidence, earlier this year a team at Sheffield Hallam University produced a report, Space to Thrive, which reviewed nearly 400 recent academic papers on the social benefits of urban parks. As well as supporting physical and mental health, which you’d expect, parks also play an important community role, bringing people together and enabling people to feel more involved in society.

But we also know that parks and green spaces are underfunded. A parliamentary inquiry three years ago found they were at a ‘tipping point’ of decline in England. So why are they considered less important than roads (£27.4bn investment over five years in England), private houses (£3.8bn diverted to the better-off through the suspension of stamp duty in 2020-21), or prisons (£2.5bn to create an extra 10,000 prison places)?

It’s not as if local councils, which are responsible for most urban parks and many other green spaces, think parks are unimportant. But between 2010 and 2017/18 central government funding for English local authorities fell by 49.1% in real terms, and spending power (taking locally raised resources into account) fell by 28.6%. There is no statutory duty for councils to create or maintain parks.

Even this year, when the importance of parks has been spotlighted during the Covid-19 lockdown because they were among the very few public places people could use, local authorities are still discussing how they can save more money from parks budgets.

And even when there is a chance to invest, council officers often feel disempowered and unable to make the case. In recent research in Sheffield we found a series of ‘logics of inaction’, justifiable reasons for not making the improvements council staff knew would be helpful.

Unsurprisingly, the main logic was a financial one – people believed they would not be able to justify investment compared with actions generating a perceived immediate economic benefit, like mending roads, or where there was a legal duty attached, such as social services. But we also found people were institutionally disempowered: ten years of austerity have instilled a ‘finance says no’ culture within local government.

Evidence-seeking as myth and ceremony

A common expression of this culture of disempowerment is to seek more evidence to justify investment, but then to argue that the evidence is insufficient. One parks professional we interviewed put it like this:

‘…what we need to do is be better and savvier at using statistics, using the work of yourself and research in the city to say, Parks and Countryside have got so much x, it provides y, the benefits are pounds and economic savings.’

But in further discussions, another made the revealing comment that ‘I don’t even try anymore’. In a new book published by Springer Nature, I and my co-editor Nicola Dempsey argue that evidence-seeking has become an excuse for kicking the can down the road, deferring commitment on the basis that evidence is still not good enough.

In Naturally Challenged: Contested perceptions and practices in urban green spaces, we investigate the ‘logics of inaction’ affecting suggested investments. Drawing on John W Meyer and Brian Rowan’s classic study in organisational theory showing how organisational structure is often a result of ‘myth and ceremony’ which services the purpose of legitimising activities, we consider evidence-seeking through the same lens.

While organisations engage actively in the search for appropriate evidence, the evidence legitimises a process of decision-making that does not require evidence to be acted upon. Evidence-seeking becomes a justificatory activity. We argue:

‘The myth of evidence-based policy … enables proposals to be rejected on the basis of insufficient evidence, effectively masking the politics of decision-making. A concern with “what works” and “good practice” provides an appearance of logical inevitability for what is actually a political choice.’

Where does that leave the case for investing in parks and green spaces? In our view, the evidence is good enough: it is the consequent action that has failed.

We are on the brink of a spending review that will set priorities in the UK for half a decade or more. In the run-up to that review, professionals, academics and campaigners are amassing the evidence and making the case for serious and significant investment in green space. The National Trust, for example, says we need a £5.5bn fund to improve green spaces and create new ones.

If the spending review does not deliver, it won’t be for lack of evidence. It will be a political choice. And if the political choice is for prisons rather than parks, we should ask what that tells us about our priorities.

Are green spaces haunted by echoes of “keep off the grass”?

The connection between urban green space and health and wellbeing has been highlighted in recent months. A regular stream of news stories, research and policy proposals have trumpeted the positive impact green space has on the health of urban dwellers.

Yet, connecting green space and health – particularly in cities – is not a new idea. In the 19th century, for example, the Victorians rooted their progressive public parks concept in their concerns about health and behaviour, especially for the poor and working class. Their approach to providing access to nature is, in part, responsible for the parks and green spaces that exist today, not just in British cities, but in urban environments across the world.

While the Victorian rationale for establishing publicly accessible green spaces remains powerfully relevant nearly 200 years later, understanding of the benefits of urban nature and the context in which urban green spaces exist has evolved. For example, research has shown that urban green space plays a vital role in addressing a wide range of diseases and conditions, such as diabetes, obesity and depression, that afflict contemporary society.

Today, we also have a greater understanding of how human health is intertwined with ecological health. Although the global focus has been on COVID-19, climate change and its impact on human and planetary health has not abated. Urban green spaces, which help mitigate and adapt to the effects of climate change, can filter pollutants from air and water, reduce urban heating, and increase biodiversity and valuable habitats – all of which contribute to healthier urban environments.

To realise these benefits, green spaces have to be actively managed for a range of functions, including environmental and sociocultural services, that go beyond traditional leisure, recreation and amenity. Yet, in my research I have found that, in practice, a narrow approach to green space, grounded in 19th-century ideals, limits how green space and its potential contributions to health and wellbeing are conceptualised.

With increasing densities and vertical living encouraged to reduce the ecological footprint of cities, fewer residents have access to a private garden and less space is available for creating large, conventional parks and green spaces. Conceptualising green space more broadly reflects the demands, and the realities, of contemporary urban life, and draws upon innovative approaches to increasing urban greening. Yet, my research has found that integrating non-traditional types of urban greening, such as green roofs and walls, into the concept of green space remains challenging because these green elements do not fit readily into institutionalised concepts of green space. However, these nonconventional spaces can complement existing green spaces and contribute to positive health outcomes. For example, vegetated roofs can increase biodiversity and reduce energy consumption, as well as provide a place for quiet reflection when access is permitted.

A rigid adherence to a 19th-century conceptualisation of green space coupled with chronic underinvestment in urban greening limits the ability to manage these spaces more creatively as health and wellbeing assets. For example, fencing, railings and other barriers within a green space often exist to keep people off the grass and onto designated paved paths. This restricts types of use, while perpetuating the Victorian notion of promenading. While nothing is inherently wrong with promenading – indeed, walking in green space and being exposed to nature has health benefits – more active use can provide additional benefits to a wider range of residents. Yet, instead of drawing on the forward-thinking spirit that characterised the Victorian era, we often try to freeze green spaces in time as heritage assets rather than as active, contemporary landscapes.

Further, resources needed to deliver high-quality green spaces – already under pressure pre-pandemic – are stretched even thinner because green spaces are approached as amenities, not as critical health infrastructure. This minimises the valuable work green spaces can do.

For example, social prescribing has become more common, yet this practice loses effectiveness if green spaces are not maintained to sufficient quality and managed for broad health benefits. The impact of green space on health and wellbeing is further diminished when these spaces are not accessible or not considered safe and welcoming places, particularly by disadvantaged communities that are less likely to have access to private green space.

Delivering and managing urban green space with a focus rooted in 19th-century ideals obfuscates the wider range of benefits derived from green spaces today. Functions beyond the traditional uses of recreation, leisure and amenity contribute to health and wellbeing, but to realise this, green spaces must be thought of and managed as essential, multifunctional assets. Health and wellbeing are connected to green space in broader ways than merely providing green gyms or social prescriptions. Ecological health matters for human health, as well. Managing green space for a wider array of benefits, such as flood prevention, air and water filtration, biodiversity, urban agriculture and social interaction, provides more comprehensive health and wellbeing benefits for contemporary cities, and the people who live in them. 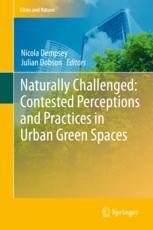 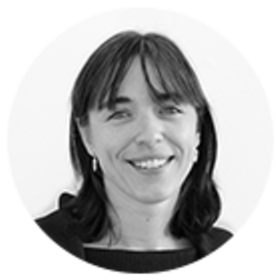 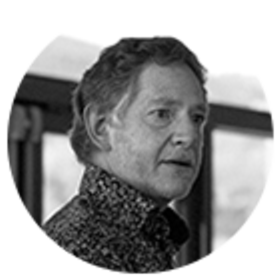 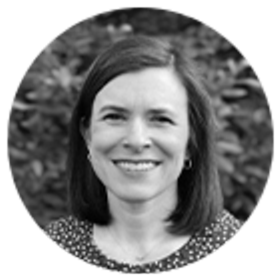