The Life and Afterlife of Gay Neighbourhoods: Renaissance and Resurgence

By Prof. Alex Bitterman and Prof. Daniel B. Hess, Editors of the book The Life and Afterlife of Gay Neighbourhoods: Renaissance and Resurgence.

Bitterman and Hess delve into the ways in which gay neighborhoods in cities across the globe cater to and provide safe harbor for LGBTQ+ residents, citizens, and visitors in settings intended to be accepting and non-judgmental. The book explores ‘gayborhoods’ in significant detail, focusing on their formation, solidification during the sexual liberation and social movements (of the 1960s and 1970s), maturation (during the 1980s and 1990s), and changes since 2000.

Hess: We explore two phenomenon in significant detail that have characterized the decline and ‘de-gaying’ of LGBTQ+ neighborhoods since 2000: (1) gentrification, which has raised property values and replaced longtime LGBTQ+ residents with non-LGTBQ+ residents, often in condominiums, and (2) friction between generational cohorts, characterized by the different perspectives of baby boomer ‘pioneers’ of gayborhoods who claimed disused urban space and renovated buildings and established communities, versus today’s generation of LGBTQ+ millennials who prefer broad inclusivity over the segregation of sexual minorities and who choose ‘gay-friendly’ coffeehouses over gay bars. Bitterman: This reflects the struggle for (physical and social) space in gay neighborhoods, which is often borne out in the absence of reliable data about how LGBTQ+ individuals live and why they chose (or do not chose) to live in various communities.

Were there surprising findings in your research?

We arrive at the compelling argument that gayborhoods are currently at a plateau in their spatial and temporal evolution, and there are various trajectories for the future form (or ‘afterlife’, as the book’s title suggests) of LGBTQ+ urban spaces. We project the future form of gayborhoods, drawing on available U.S. census data showing a dispersion of same-sex couples from traditional gay enclaves to other districts across metropolitan areas. Through this analysis, we imagine various types of decentralized (but no less substantial) residential nodes for future settlement of LGBTQ+ residents, especially among more affluent baby boomer and Generation X white gay men and lesbian women, while less affluent LGBTQ+ individuals may find “strength in numbers” by remaining in or near established LGBTQ+ neighborhoods. 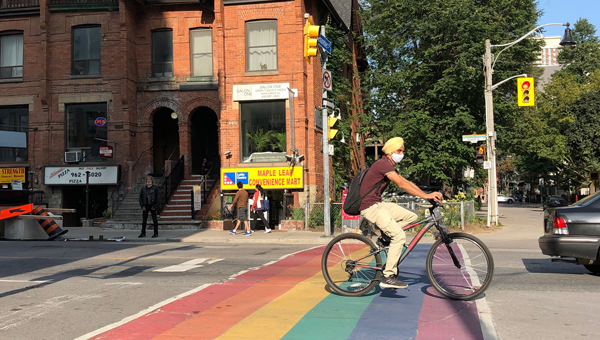 Hess: Perhaps unsurprisingly, we also reach a relatively straightforward conclusion: gay neighborhoods matter to everyone (not just LGBTQ+ people) and are important—both historically and currently—to the proper functioning of contemporary urban culture. In this way, gay neighborhoods support the health and well-being of both LGBTQ+ individuals as well as mainstream society. The book provides three chapters of examples about how this is so.

What will interest readers about the topic of LGBTQ+ neighborhoods?

Bitterman: Our book aims to address a significant gap in scholarship and inform community conversations. As gay neighborhoods have reached a generational plateau, now is a critical time to capture the current state of importance and challenges vis-a-vis the history of and potential future for gay neighborhoods.

Hess: In concluding the book, we use the remarkable events of 2020 to argue that far from signaling the demise of LGBTQ+ spaces, the COVID-19 pandemic (like the HIV/AIDS pandemic before it) demonstrates the enduring appeal provided by neighborhoods as places of physical proximity. Quarantine measures and the 'new normal' of technologically-mediated meetings certainly suggest that the economic viability of gayborhoods may be flattened, but perhaps hearts will grow fonder after an enforced absence, leading to a second wave of place attachment and localized activism.

Bitterman: Elevating lessons learned from the HIV/AIDS pandemic and the urban pioneers who used gay neighborhoods as a formative organizing space to fight disease, as applied to the continued fight against AIDS and now COVID in terms of organizing, increasing awareness and consciousness about disease, and decreasing stigma related to disease.

The movement from distinctly clustered communities of gay people to a more integrated settings is perhaps common knowledge. So, what else is there to be solved? 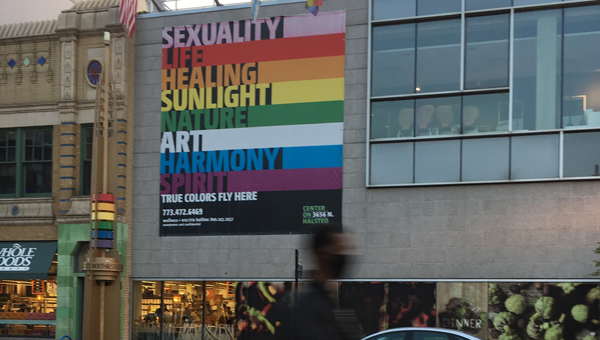 Hess: We agree! Initially, this was our exact reason for undertaking the research to support this book—to better understand the relevance of gayborhoods given societal changes in the last two decades. We have observed changes and decline in gayborhoods during our travels, and we naturally wanted to question “why” this appeared to be occurring. However, upon closer inspection, we found the reasons for settlement, neighborhood choice, and formative community are influenced—strongly—by factors related to economics, race, opportunity, mental health, and social support structures.

Bitterman: Surprisingly, we uncovered that much remains to be addressed, legitimized, recorded, and researched. In this manner, we believe, we have only begun to scratch the surface of what could prove to be a much broader and long-lived endeavor, especially considering up to 75 percent of the LGBTQ+ world remains (by legal standards) in the closet.

What does Open Access designation mean for the book The Life and Afterlife of Gay Neighborhoods?

By designating this as an Open Access book, we make the research available to everyone—not just an elite group of academics affiliated with large universities. This is significant, since more than half the LGBTQ+ world—nearly the entire “global south” (including all of Africa), most Asian countries including China, Russia, and countries through Central and Eastern Europe and the Middle East—live in oppressive societies with few rights and dangerous conditions for LGBTQ+ individuals. Our scholarly efforts can help to shift the collective conversation for LGBTQ+ individuals and researchers as we remain mindful that while certain places may have advanced LGBTQ+ acceptance over the last 75 years, other places have not.

Bitterman: By making this book Open Access, we ensure two main objectives: (a) We document the fact that LGBTQ+ individuals and couples are not—in most places in the world—counted in large surveys and national censuses. (b) We ensure for a future generation that the current state of affairs is documented as an important milestone in the challenging history of the struggle for LGBTQ+ rights, equality, and freedoms. 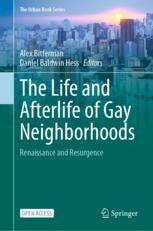 Professor and Chairperson in the Department of Urban Regional Planning at the University at Buffalo, State University of New York.

Co-Editor of The Life and Afterlife of Gay Neighbourhoods: Renaissance and Resurgence.

Professor and Chairperson in the Department of Urban Regional Planning at the University at Buffalo, State University of New York.

Co-Editor of The Life and Afterlife of Gay Neighbourhoods: Renaissance and Resurgence.