How can design help build communities?

The Urban Library is a new book that focuses on case studies of libraries in the US, Latina America, Canada and Egypt to highlight their significance as anchor institutions that promote universal access through programming and design.

The important role of public space during the pandemic should not be ignored. In its most traditional form – that of parks and streets – public space provided refuge. People exercised in parks to strengthen their body and have the opportunity to safely ventured to the world outside their homes. Parks also provided the opportunity to encounter others and build an understanding of a particularly challenging and novel situation. The radius of activity outside the home made close-by parks in New York City a site for community building based on a culture of unity. Public space provided the necessary outlet to find support through safely distant conversations and physical activity. A pre-pandemic book, The Urban Library also demonstrates the importance of public space and community building in the most recent trend of urban development and library design.

Public libraries are public spaces as well. Libraries have historically contributed to the accumulation and dissemination of knowledge and information. From the libraries of antiquity designed for elites to those built during industrialization to provide universal access, public libraries more recently have perfected the art of community building translated in the shape of space to facilitate library design extending into a vibrant city.

As anchor institutions within a creative city branding to attract the creative class, residents and tourists alike, public libraries have filled in the gap generated by a retrenched state to offer a myriad of resources to the communities they serve, broadly understood. In a more recent turn, as the architectural gems of their iconic buildings, public libraries also welcome tourists.

The democratic values of inclusivity and universal access is maintained in the traditional definition of public libraries. Extending into the publicness that they support by focusing on programming, public libraries offer cultural events and skill development in resourceful ways. They are in tune with the needs of their specific immediate communities included in the book: Seattle, Salt Lake City and New York City in the United States, Medellín, Colombia in Latin America, Halifax, Nova Scotia in Canada and Alexandria in Alexandria, Egypt. The global trend in public library design is manifested in all these public libraries. This is a testament to the power of democratic values and inclusive urban design. As part of the creative city branding, the specific qualities of the cities in which they are located are also manifested in the network of cultural institutions to which public libraries are an important component. Open dialogue, exchange of ideas, learning and understanding are some of the qualities that inclusive public libraries seek to support in their mission to benefit communities.

As anchor institutions, public libraries serve to strengthen cities’ competitiveness to attract a global professional class of “creatives,” tourists, and investors. City indexes have become a generalized tool to rank cities nationally and regionally, likely to develop into tools to rank places according to diversity, business environment and sustainability, among other quality of life indicators that highlight the desirability of cities at a global scale. 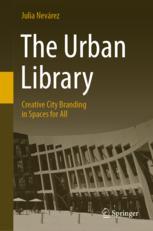 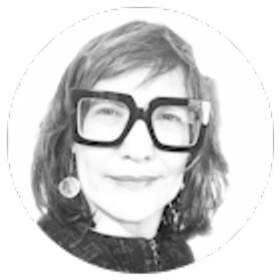 Author of The Urban Library.