Raising our Voice for Coral Reefs on World Oceans Day

World Oceans Day. A day to appreciate the wonder of the salty liquid that covers this Earth, its intricate connection to the Earth’s weather and climate, and its vital role as the home to millions of organisms big and small. Also a day to recognize that the Oceans are under threat.

Whether from climate change, plastic pollution, or over-fishing to name a few, humans are irreversibly altering this vast environment that covers 70% of the Earth’s surface. Coral reefs are a particularly special part of the ocean. Covering less than 0.2% of the ocean floor, coral reefs are home to over a third of all marine species and have an estimated global annual economic value of nearly $ 10 trillion. Yet they are under intense threat from global heat waves that cause mass bleaching events and large scale mortality. As the planet continues to warm, the intensity and frequency of bleaching events continues to rise and threatens the survival of coral reefs. Coupled with coastal threats like pollution and over-fishing, and the gradual global acidification of the oceans, coral reefs are declining before our eyes.

My research focuses on understanding what makes some corals more resilient than others in the face of climate change. Corals that feed more on zooplankton, have greater fat reserves, or can shuffle the species of their symbiotic algal partners, tend to bleach less and recover faster following bleaching events. Such findings offer strategies for identifying corals most likely to survive this century and potential candidates for reef restoration and conservation.

But scientific findings alone are not enough. Unless we translate science into action, most coral reefs could disappear within 20-30 years. As President of the International Coral Reef Society (ICRS), I have worked with my team of Officers and Council members to develop and launch a Plan of Action for the Society that includes increasing ICRS engagement in high level discussions that influence policy recommendations on the global stage. ICRS is a scientific organization, and through our partnership with the International Coral Reef Initiative, we provide the best available research findings to the forefront of policy formulation and decision making. Our flagship journal, Coral Reefs, is one of the premier journals in marine science. Ranked 9th out of 107 journals in Marine and Freshwater Science according to Web of Science, Coral Reefs is a leader in publishing cutting edge coral reef research.

The work of coral reef scientists and the ICRS is more important than ever. How we as a community come together to raise our voice for coral reef research, science-based collective action, and the protection of reefs for future generations, will determine what kind of coral reefs exist on this planet over the coming decades. And saving coral reefs saves humans by protecting coastlines and supporting local economies, while providing an ecosystem of wonder and amazement. I am raising my voice. We all need to raise our voice. 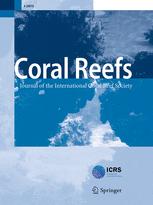 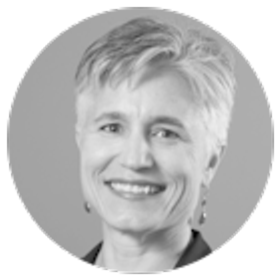