Water Security as a Key Grand Challenge of the 21st century

Water security is one of the key grand challenges of the 21st century and is the key to socio-economic development and global sustainability which have become a major issue because of the increasing severity of water shortages due to increasing demands and decreasing supplies. Demands for freshwater are increasing because of burgeoning population, massive migration of people from rural areas to urban centers, rising standard of living, growing demand for energy generation, intensifying agriculture, increasing industrialization, increasing water consumption, and global warming and climate change. Supplies are decreasing because of inefficient water use, over-exploitation of groundwater resources, aging water supply infrastructure, wastage, and climate change. The net result is that local water shortages are multiplying. Water and health are also intimately connected, for 80% of diseases in developing countries are due to the lack of access to freshwater and each year millions of people die from water related diseases.

In response to some of these issues the World Water Resources series aims to publish books highlighting water resources related to a part of the world, region or country.  In the latest volume Water Resources of Mexico geohydrology is one the topics discussed, but the book also offers a brief account of the ancient water resources works. Insights are given into water sources, how water is being used in homes and industry, as well as how dams are operated in hurricane season.

In the series Water Science and Technology Library book are published embracing a wide range of topics dealing with science as well as socio-economic aspects of water, environment, and ecology,  water quantity and quality issues.  In the recently published book Environmental Processes and Management the content provides important data for those considering projects that balance social-economic growth against minimizing its ill-effects on planet Earth.  The book discusses various aspects of environmental engineering, as well as formula and analytical approaches required for more informed decision-making.

In order to engineer water security, both supply and demand will need to be managed in an integrated manner, entailing reduction in water consumption, recycling of water, reuse of water, conservation of water, efficient use of water, and proper treatment of water. The World Water Day is a reminder that natural resources, including water, are God’s gift and are finite. We must use them wisely to sustain ourselves as a society. We owe it to our future generations that we leave these resources in a better shape than we got them in.

Professor V.P. Singh is a University Distinguished Professor, a Regents Professor, and Caroline and William N. Lehrer Distinguished Chair in Water Engineering at Texas A&M University. He received his B.S., M.S., Ph.D. and D.Sc. degrees in engineering. He is a registered professional engineer, a registered professional hydrologist, and an Honorary diplomate of ASCE-AAWRE. He has published extensively in the area of hydrology and water resources, including 30 textbooks; Handbook of Applied Hydrology; Encyclopedia of Snow, Ice and Glaciers. For his outstanding contributions he has received more than 95 national and international awards, as well as three honorary doctorates. He is a member of 11 international science/engineering academies. He has served as President of the American Institute of Hydrology (AIH), Chair of Watershed Council of American Society of Civil Engineers, Vice President of Indian Association of Hydrologists, Vice President of Association of Global Groundwater Scientists, and is currently President of American Academy of Water Resources Engineers. He has served/serves as editor-in-chief of three journals and two book series and serves on editorial boards of more than 25 journals and three book series. 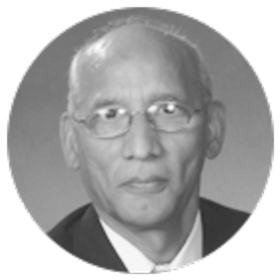 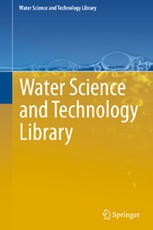 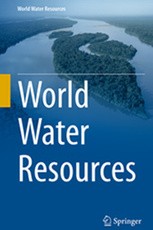