Dr. Magdalena Skipper earned her PhD in developmental genetics from the University of Cambridge. She started at Nature Reviews Genetics in 2001, and has also taken several roles at the Nature Partner Journals and Nature Communications. In 2018, she became the first female Editor in Chief of the journal Nature.

When I was starting out as a PhD student virtually all senior researchers and those in positions of management and responsibility around me were men; overwhelming majority of conference speakers were male and when science was covered in the news on the radio or TV it was almost always male researchers who were interviewed. We all know that women continue to be underrepresented in STEM but a key change is that we are now loud and clear that the current lack of diversity needs to change. One example of growing success is better representation of women speakers at conferences, and I and others have said we’d decline invitations to speak at events where all other speakers are male or to moderate ‘manels’ – all male panels.

What gender biases have you observed in the scientific publishing processes and how best can we change them?

I have not witnessed gender bias in scientific publishing first hand but there is plenty of evidence from across the industry to suggest that it unfortunately exists, e.g. it has been reported that female authors are treated more harshly by reviewers.
We have done a lot of introspection at Nature and other Nature Research journals to address potential gender bias. When I started my career as a scientific editor very little attention was paid to this. Today, addressing gender balance among our reviewers and commissioned authors is a key priority for us editors. Being proactive is a key to bringing about change.

What are some of the greatest support you have received to succeed in your career?

For me it will have to be the incredible support I received following my appointment into my current role of Editor in Chief of Nature. To be honest, I did not think about the importance of being the first woman in this role in the 150 years of Nature’s history. Everybody’s support – internally from my colleagues and externally from the wider community – has made me feel that I can make a difference, not just in how we at Nature support researchers but in addressing the issue of gender imbalance in STEM.

I believe that what can make a huge difference is the shift in expectations within the society at large. Time has come for us all to drop our preconceptions about who should aspire to excel professionally, in research or elsewhere. The sooner we stop treating girls and women differently from boys and men, and yes, the shift needs to start from as early in life as possible, the sooner they will feel supported to excel at whatever they choose. In short, the society as a whole needs to change its attitude. 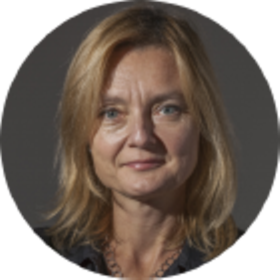 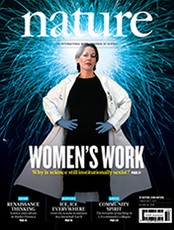