Naama Goren-Inbar is an Israeli archaeologist and paleoanthropologist and Professor Emeritus at the Institute of Archaeology, The Hebrew University of Jerusalem. Goren-Inbar excavated many important prehistoric sites in Israel including the Acheulian site of Gesher Benot Ya’aqov.

My interest involves human behavior in ancient (Paleolithic) times. It is concerned with the different aspect of survival, adaptation and general modes of behavior of the Paleolithic communities. My studies are concerned with diet (both flora and fauna), with material culture (stone artifacts, their design, planning and modification) and with the cognitive abilities of ancient hunter-gatherers. My research also focuses on the study of paleoenvironments and paleoclimate.

The next time you speak with a young female researcher who shows passion for STEM, what would you most want her to know?

I would like to tell her that the role of the individual is what dictates the development of scientific research. It is up to her to follow her interests, develop a sense of curiosity and face challenges. The history of science shows that when an individual is highly motivated she can make a change, a breakthrough and a variety of exceptional achievements. I would like to tell her that there are wide opportunities if she is confident about a goal that she would like to achieve.

My interest in the fields of archaeology began at a very young age when I was introduced to archaeological remains while taking trips outdoors. When I became a student of archaeology there were many dominant women in the field of archaeology. These leading archaeologists (female) figures were known for their wide scope of knowledge, extremely varied archeological experience, mentoring of students and international reputation. I did not have a single role model, but there were many of them and therefore it was not a gender issue. 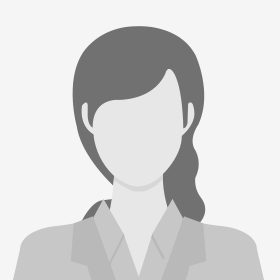 Institute of Archaeology, The Hebrew University of Jerusalem 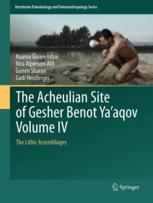