Sheila Lakshmi Steinberg is Professor of Social and Environmental Sciences and Chair of GIS Committee at Brandman University, Irvine, CA.

My background is varied and interdisciplinary. I always found the intersection between people and the surrounding environment to be fascinating. My background is a double major in Environmental Studies and Communication Studies from UC Santa Barbara.  This was followed by Master of Science in Wildland Resource Science from UC Berkeley School of Natural Resources, Department of Forestry.  This was followed by a PhD in Rural Sociology from Penn State University.  Interspersed between earning my Master of Science degree from UC Berkeley and Ph.D.  from PSU I joined the US Peace Corps and completed 2 years 9 months in service to the US Government in Guatemala. That experience helped to me refine my interests and areas of focus to really studying about communities in rural places to better understand the challenges they face in certain physical environments.

Why did you become a Scientist?
I became a scientist because I really love the scientific method! To try to answer and investigate questions and answers in an empirical manner- through conducting research that is replicable is a very exciting prospect. On a more emotional note- as an undergraduate Environmental Studies Major I had a professor who took us on many field trips and field-based research projects- which further spurred my interest in field-based research and the role that the social component can play. I had the great opportunity to apply for an be accepted to a Canyonlands Seminar that involved studying the history, science, geology and culture of the American Southwest and then actually travelled there over spring break to conduct research, raft the rivers and to explore American Indian rock art images and symbology on this trip. This effectively cemented my desire to become a scientist!  I also had the opportunity throughout my early career to conduct field-based research in both Nepal and Alaska. In these opportunities I examined the intersection of people and their surrounding natural environment on the Annapurna trekking circuit in Nepal and studied small ghost-town/tourist town and the impact on the environment in very remote McCarthy, Alaska next to the Kennicott Glacier.

What are  today’s hottest trends/topics in your area of research and what challenges still remain?

The hottest trends are the incorporation of various data driven technology into science. Increasingly, science and the student of the intersection between people and their surrounding environments has gotten influenced by the incorporation of GIS (Geographic Information Systems) . People are beginning to think spatially about so many questions that exist in our society today.  These are questions of who has resources? Along with who does not? They are questions of how does extreme weather impact certain vulnerable populations and what can we do about this?

The book that I co-edited for Springer Press with Bill Sprigg entitled,  Extreme Weather Health and Communities: Interdisciplinary Engagement Strategies explored this connection between people and their changing surrounding natural environment. It’s a book consisting of stories and case studies that is extremely relevant today as climate, weather and general physical surrounding conditions change on a rapid basis. As a global society we are faced with that and our book examines the role of culture and place as part of that. The sociology you could say of extreme weather. It is also part of a larger series that addresses this same need called Extreme Weather and Society.

One change that would greatly benefit aspiring women scientist is the democratization of knowledge and information and the increasing role of GIS and technology into many scientific domains. Women are increasingly becoming a force in the area of geospatial science and science in general. This begins with STEM in the grade schools- as girls are being provided with role models and a more no-holds barred approach to females being successful in the sciences. I am very happy to see this trend and feel like women in general bring certain skills to the sciences that men do not. The change then is  a bit demographic- but is’ also sociocultural- girls are not being presented with the limitations they may have faced even 10 years ago- and this is in a large part due to the democratization of data and technology. I look forward to hearing about the future data scientists, programmers, climate scientists and GIS gurus that will emerge from the current crop of young girls who will grow into powerful women scientists.

Steinberg co-edited Extreme Weather, Health and Communities: Interdisciplinary Engagement Strategies for Springer Press (2016). Steinberg was recently appointed to the American Meteorological Board of Environment and Health  Sheila  has co-authored a book for Sage Publications entitled, GIS for the Social Sciences: Investigating Space and Place (2006). 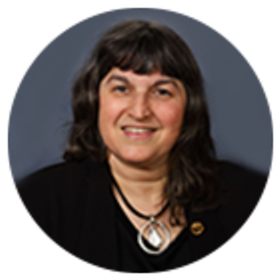