In our Proud to Publish series we talk to our editors about the books they were most proud to publish, commission or work on in the past year. Read our interview below with Hisako Niko, Editor (Books), Science, in which she tells us about the book she is most proud to have published in 2020 and what makes this book stand out.

I’m proud to have published “Particle Physics Reference Library Vol 1, 2, and 3” as Open Access books. I believe that I contributed to bringing a set of brilliant volumes as Open Access to the community of HEP which is my academic background. I’m happy that many students and researchers use those books for their research.

The set of three volumes of Particle Physics Reference Library has a long story. These new versions were initially published by Christian Caron approximately a decade ago as part of the Landolt-Börnstein book series and were hosted on SpringerMaterials, our materials science platform managed by Michael Klinge and his team. The volumes had more than 100 contributors and got a high reputation. For this reason we started looking into ways to make these books more widely accessible. Many contributors to these volumes originate from CERN and so we arranged a collaboration with CERN to publish the titles Open Access. At the same time, we approached the editors, Herwig Schopper, Christian W. Fabjan and Stephen Myers, to publish a new edition of the volumes which they were excited to do. It was also a good experience for me to communicate with more than 100 authors all around the world. It was literally international work.

What makes this book stand out in its field?

We have 125 contributors and 43 chapters as total from those three volumes. Those volumes have a great success so far since their publication in 2020, as you can see by the download numbers below:

Last November (2020), we celebrated together the publication of volumes as a CERN’s event (online). There were around 70 people (contributors and readers)  and we presented the story behind and the editors highlights the volumes. It was a great chance to meet contributors – we mainly communicated by emails – so we were finally meeting each other.

This project reminds me of a Springer textbook “Techniques for Nuclear and Particle Physics Experiments” which I extensively used during my PhD. I hope I did such a contribution to HEP community as a Springer editor. 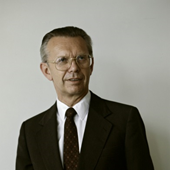 Herwig Franz Schopper joined CERN as a research associate in 1966 and returned in 1970 as leader of the Nuclear Physics Division. He went on to become a member of the directorate responsible for the co-ordination of CERN's experimental program. He was chairman of the ISR Committee at CERN from 1973 to 1976 and was elected as member of the Scientific Policy Committee in 1979. Following Léon Van Hove and John Adams' years as Director-General for research and executive Director-General, Schopper became the sole Director-General of CERN in 1981.

Schopper's years as CERN's Director-General saw the construction and installation of the Large Electron-Positron Collider (LEP) and the first tests of four detectors for the LEP experiments. Several facilities (including ISR, BEBC and EHS) had to be closed to free up resources for LEP. 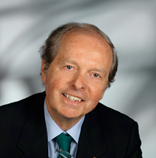 Christian Fabjan is an experimental particle physicist, who spent the major part of his career at CERN, with leading involvement in several of the major CERN programs. At the Intersecting Storage Rings he concentrated on Strong interaction physics and the development of new experimental techniques and followed at the Super Synchrotron with experiments in the Relativistic Heavy Ion program. At the Large Hadron Collider he focused on the development of several experimental techniques, and participated to the ALICE experiment as Technical Coordinator.

He is affiliated with the Vienna University of Technology and was, most recently, leading the institute of High Energy Physics of the Austrian Academy of Sciences. 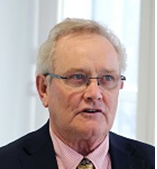 Stephen Myers was born in Belfast, N. Ireland, and worked at CERN, Geneva from 1972 until 2015. He was responsible for the commissioning and the energy upgrade of the CERN Large Electron Positron Collider (LEP). In 2008, he was nominated CERN Director of Accelerators and Technology until January 2014; during this time, he directed the repair of the CERN Large Hadron Collider (LHC) after the serious accident, and steered the operation of the collider in 2010, 2011, and 2012. On July 4, 2012 the data from the collider allowed the discovery of a “Higgs” boson for which Peter Higgs and Francois Engelert received the Nobel Physics Prize in 2013.

He is currently executive chair of a Geneva-based company (ADAM SA) which is developing a linear accelerator for proton therapy of cancer, and non-executive Director of the parent company Advanced Oncotherapy (AVO).